Close cooperation between grower and supermarket

Quality, quality and more quality. That is key at Frutura Thermal-Gemüsewelt, an Austrian company that produces its vegetables exclusively for the Spar supermarkets. Although the chosen course of action caused certain cultivational challenges, it turned out to be successful in practice: Austrian consumers are queuing for the flavoursome produce.

The nursery is located in the town of Bad Blumau, in the south-east of Austria. The company is only thirty kilometres away from the Hungarian border, while the Slovenian border is just forty kilometres away.
“This location in the state of Styria is known as a typical region for spas, especially because of the healing, thermal water in these regions”, Jan Ravensbergen, cultivation manager, says. “This was also an important reason to establish the company here. To heat our greenhouses, we use thermal water which is readily available. We have two geothermal sources at our company, which are sufficient for all our heating requirements. We communicate this clearly to the consumer: Austrians attach great importance to things such as sustainability and climate-neutral production. This approach clearly offers added value to the market.”

The nursery is a subsidiary of the Austrian Frutura, a commercial company in fresh produce. The company has provided the more than 1,500 Spar chain stores in Austria with fruit and vegetables for years. “At one point, its Director Manfred Hohensinner was wondering why they could not grow the products, which they were constantly transporting, themselves”, Ravensbergen continues. “He saw opportunities in this field; because local-for-local is an increasing trend in Austria, and geothermal facilities are readily available in this area. The supermarket was also looking for increased production security and produce of a higher quality. All these matters finally resulted in the foundation of Frutura Thermal-Gemüsewelt in 2015. Hohensinner and his daughter Katrin are leading the company, together with two companions.”
Spar is not a shareholder, but the cooperation is very close. “All products go to this supermarket – we made clear agreements about this – and supermarket decides what the cultivation plan looks like. Such intensive cooperation between grower and supermarket is unique.”
Ravensbergen started here after several previous positions. “I was raised on a horticultural company in the Netherlands, and always worked in horticulture. Firstly, in the Netherlands, and later in Denmark. I have been one of the three cultivation managers since 2017.”

The nursery started with the construction of 4.5 ha of greenhouses in 2015 for organic production. By now, it includes 26 ha, including 3 ha of polytunnels and 23 ha of regular greenhouses. “The greenhouses are built according to the most modern horticultural views. This concerns glasshouses of the Venlo type with a gutter height of six metres fitted with climate computers, screens, etc. A part of the company is fitted with grow lights so we can deliver year-round.”
The focus is on the cultivation of tomatoes; vine, cherry and cocktail tomatoes. About 60% of the area is reserved for tomato production. About 20% is used for the production of peppers, 10% for cucumbers and the remaining 10% for radishes. “We started with the cultivation of radishes only recently; they only were sown just now. The supermarket had to cope with shortages of organic bunched radishes in the winter months. We will also start with the cultivation of aubergines at relatively small-scale next year. Nearly thirty per cent of our area is grown organically; this forms a large market in Austria.”

The nursery has been through a spectacular growth in the past years. Last year 7 ha of glass and 3 ha of polytunnels were added. According to Ravensbergen, this is mainly because the Austrian consumer really wants to have a quality product with an optimal flavour. “And that is exactly what we are committed to and something that differentiates us. We choose the most flavoursome varieties, even if this means that the production is lower.”
For example, they have a special type of cherry tomato in their assortment. The flavour is excellent, but this variety stays a little behind in production, which is something we have to accept. Spar – which belongs to the top segment of supermarkets – recognises that its customers mainly want quality. “The vegetables should differentiate themselves in terms of texture, firmness and especially flavour, and people are willing to pay extra for this.”

According to Ravensbergen, the fact that the produce is grown in Austria is also important for consumers, but not the most decisive factor. “Flavour is the determining factor, and that is something I hear quite often. In my opinion, we can only ensure an optimal flavour if we grow in Austria.”
The cultivation manager: “To deliver great flavour, the tomatoes that we harvest are so red that they cannot be transported over a large distance after harvesting. Our harvested produce goes directly to the packaging centre in the nearby village of Hartl, where they are packed the very same day. The very next day, they will be sent to supermarkets under the brand name ‘Blumauer’. This means that we have virtually no stocks. It is our strategy to deliver a product that is so good that people keep buying it. That yields rich awards.”

The chosen strategy has a major impact on the cultivation process of the crops. For example, the production is on average about 15 to 20% lower than on a ‘regular’ company. “Because we mainly focus on flavoursome varieties, but also because the fruits remain on the plant for a week longer. Therefore, the harvesting and processing of the product require more efforts; the approximately 250 people who work on our company in the high season must be extremely careful about handling the crop.”
Organic cultivation also offers challenges at some moments. “Here too, flavour is more important than ease of cultivation and performance. When we have problems growing a variety organically, but the flavour is excellent, we still include this in our cultivation plan, and we accept the extra costs for organic control.”

The most important challenge is fulfilling the promise of quality to the customer, Ravensbergen explains. “We always want to deliver the most flavoursome products of constant quality. That is not always easy. For this reason, we carry out an internal flavour test on a weekly basis to check whether our products comply with the applied standards. We are also very alert to this in the packaging centre. Flavour is our most important asset and something we treasure.”
Ravensbergen expects the nursery to continue to grow in the years to come. “The demand for flavoursome products is on the rise. Therefore, we are probably going to grow a wider pallet of products. Flavour offers perspective; that has become clearly now, and that is what we aim to deliver. And this approach, and especially the intensive cooperation between Spar and Frutura, creates a win-win situation for all parties involved. The grower has guaranteed sales for all its fresh produce, while the supermarket receives a quality product that is not available anywhere else. This means that the sales are almost all guaranteed.”

Frutura Thermal-Gemüsewelt recently decided to fit several tomato greenhouses and one pepper greenhouse with clear glass and apply diffuse coating in the summer months. In previous projects, they had decided on diffused glass.

“There are several reasons why we opted for a coating now”, Jan Ravensberg says. “In the winter months, diffused light effects the crop growth vegetatively, while we rather want more generative growth. A coating also offers more flexibility; we can apply coating at moments that suit us and add different layers later. Another reason is that we need to apply a layer of diffuse coating for extra protection here anyway in summer, also on diffused glass. In this way, we reduce the chance of crop damage due to too much irradiation or excessive temperatures.”

The cultivation manager also mentions another major advantage; they have their own machines for the application and removal of coatings and therefore, do not depend on contracting firms. “I understand that the choice for diffused glass is made more easily if you depend on others. However, in our case, the diffuse coating allows us to improve steerability in a way and at a time that suits us.” 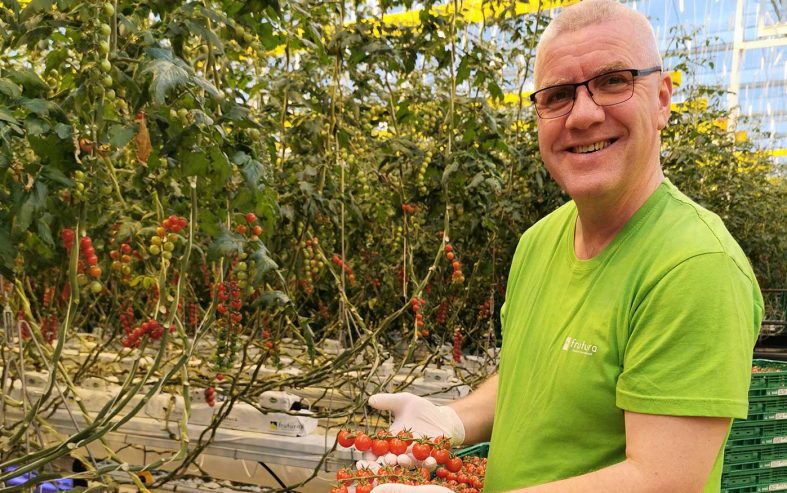 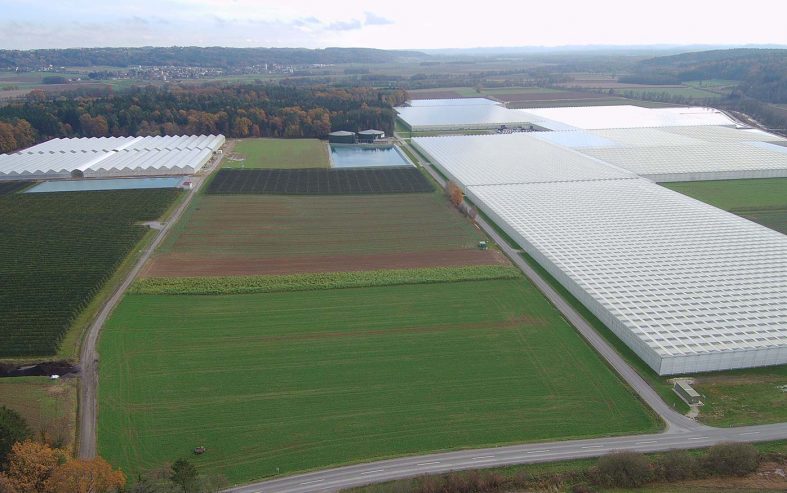 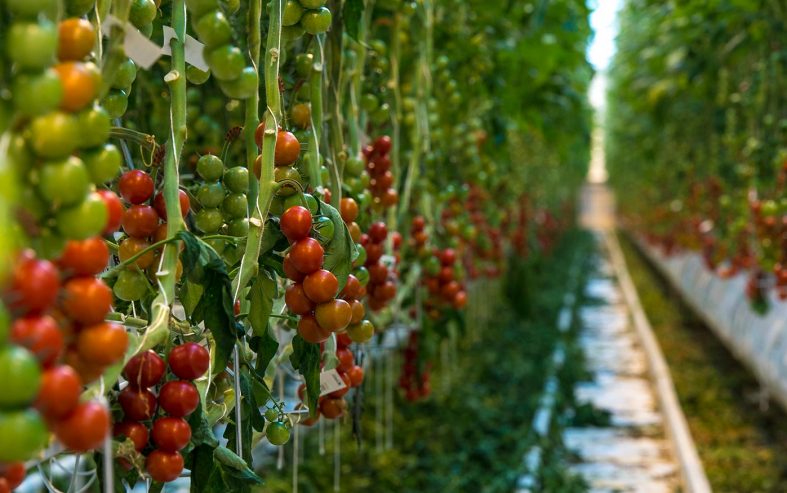 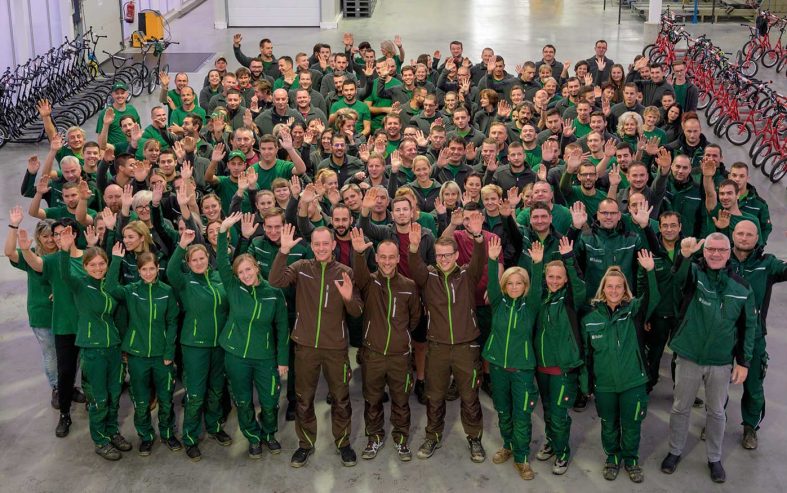 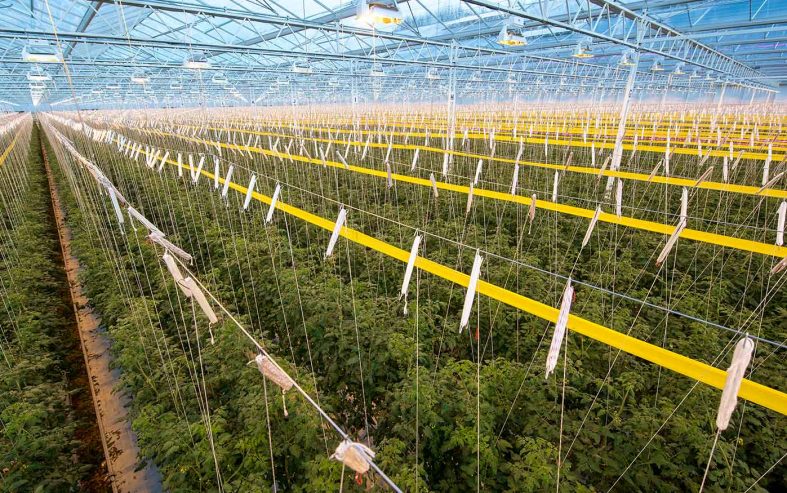 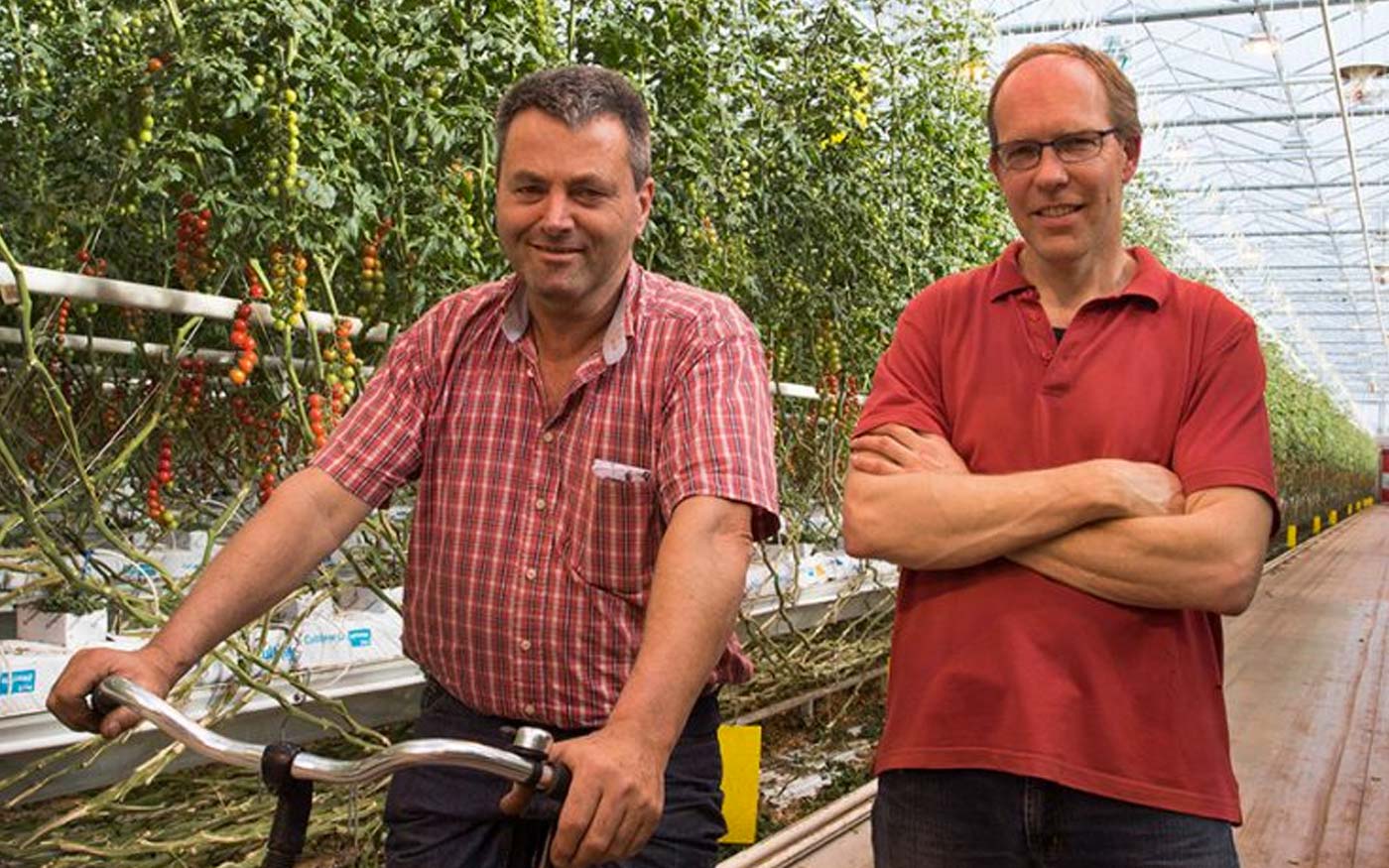