Many opportunities in and around Guatemala

Perfect climate for orchid cultivation and sales chances are good 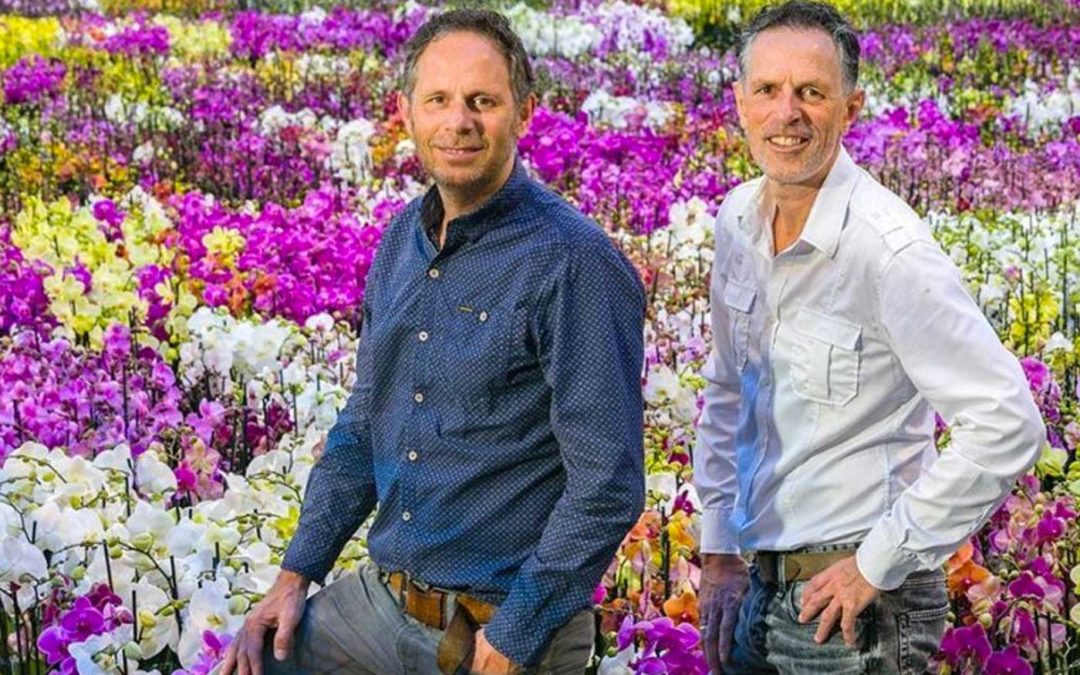 What should you do as a European grower if you want to grow, but the local market is saturated? Then you look carefully further afield. Dutch orchid growers Ter Laak, of Wateringen and Valstar, of ’s-Gravenzande, decided to extend their business in Guatemala. With support from the Private Sector Investment (PSI) Programme run by the Dutch government their step over the ocean became a reality. In 2016 the Dutch growers, together with local partners have been working hard at their challenging role as trendsetters, both in production as in marketing.

In 2012 a Dutch trade mission was organised in Costa Rica and Guatemala. Richard and Eduard Ter Laak had already been tipped off about the opportunities in this Central American region and decided to go along. “And when you actually come in contact with local businesses, your plans quickly take shape,” says Richard. “The great thing about this country is the good access: two large seaports and a short export route to the United States. From Guatemala to Miami is only two to three days by boat. And that is a market where you can still make a difference with phalaenopsis. Here too there is a growing middle class and thus increasing sales opportunities.”

Despite Guatemala’s attractive location, the climate (eternal spring), very competitive production costs and access to the promising markets, there was no large-scale production of phalaenopsis. The margins are interesting, but the required investment in technology and knowledge is immense: An excellent opportunity therefore for the Dutch growers.
Ter Laak (the Netherlands), Agro orchids (Costa Rica) and HFT seed services (Guatemala), supported with PSI-money, started a project: Sustainable cultivation of phalaenopsis in Guatemala. The joint venture is called Ter Laak Americas and last February it started to construct a 1 ha greenhouse in Portrero Carillo. “Building is still in full progress. This is phase 1, but in future we could grow to a total of 5 ha.”
The company wants to sell the flowering plants – initially 15 to 20% of the total – locally. It hopes to sell partial adult plants into the surrounding countries. Here the growers see plenty of demand for quality products.

The same applies to cut cymbidiums. North America is a major international market for these tropical flowers and sales are expected to increase by a further 10%. Nearby Guatemala offers great logistical advantages and perfect production conditions. That’s the reason that Star Orchids and local partner Flores Bohemia opened a greenhouse in Tecpan in November 2015.
Brothers Jan and Wim Valstar had always said that they didn’t want two locations. That was until the FloraHolland Trade Fair in 2013 when they were approached by Flores Bohemia, a Guatemalan producer with at least 23 years experience. The growers from ‘s-Gravenzande were asked if they would be interested in setting up a nursery in Guatemala for cut ¬cymbidiums. Professional curiosity did the rest. Jan: “Everything was going well for us in the Netherlands and we were tempted to try something new. We are young and still want to carry on in the business. Is it a big challenge? Yes.” Under the name Holland Orchids SA, the brothers Valstar now grow seven colours of cut cymbidiums on 1 ha in Patzicia.

Holland Orchids expects to cut the first flowers in October 2016. “They are produced in a completely Dutch greenhouse,” stresses Jan. “We had the greenhouse built by Dutch partners such as Stolze, VDH Plastic Greenhouses, Priva and the VB Group.”
The grower stresses the importance of cooperation with companies who have experience with foreign projects and with local parties who know the politics and culture of the country. “Everything related to the land, construction, permits and regulations is organised by our local partner. We provide the knowledge to produce an optimal crop.” To run this as best as possible they hire a Dutch crop consultant who visits Guatemala a few times per year. Jan and Wim also go fairly regularly. “When I’m in the greenhouse it’s just as though I’m in ’s-Gravenzande,” says Jan. “But outside it’s a world of difference. It really is a poor country, so it’s nice that we can create some employment here.”

And of course there are the modern means of communication. For both companies it’s the same: the growers in the Netherlands have 24/7 access to the climate computer in Guatemala. “In this way we can check if everything is going well,” says Valstar. “But you still have to get used to that. In our own greenhouse we are in full control while in Guatemala we have to leave a lot to others. And then you notice things: What for us is self-explanatory is not known there. You have to explain literally everything. And you can’t just pop into the greenhouse to have a look. Of course, we trust the people working there, but they still have a lot to learn regarding cultivation. Then the distance can be quite difficult.”
Richard ter Laak agrees that the distance and the associated time difference are the biggest hurdles. “Once a month I go and check the situation in Guatemala. It’s a massive journey. First, an eleven hour flight to Panama, then another 2.5 hour flight to Guatemala and lastly a 2.5 hour drive to the building site. If I leave in the morning I arrive in the hotel late in the evening. I can also do business via email or telephone but then we have to arrange everything before 11 o’clock in the morning. Then it’s night in the Netherlands and when we get up they are asleep. The lapse between question and answer is therefore an impractically long time.”

Very occasionally, the Dutch growers have contact with each other about Guatemala but most of the issues and challenges are handled by the local partners. But they are unanimous about one thing: The future. That looks very promising in Guatemala. Richard: “We are situated in very good locations: in the dry corridor, on a high plateau. We also have cool nights so all-in-all excellent growing conditions for phalaenopsis. I’m confident that we can produce high quality flowers and plants here. Of course, it’s a big undertaking. At the moment we are only increasing our business risk. But over the long term, this investment should contribute significantly to being able to spread our risk.”

Brief look at Guatemala
The Republic Of Guatemala in Central-America borders Mexico, Belize, Honduras and El Salvador. It has a very varied landscape. In the middle and Northwest is a high plateau with mountains and volcanic peaks rising to over 4,000 metres altitude. The southern coastline and the west of Guatemala are relatively flat and are intensively used for producing sugarcane, fruit and cattle.
The capital of the country is Guatemala City. Patzicia, where Holland Orchids is located, is around 75 kilometres west of the capital at 2,200 metres altitude. Portrero Carillo (Ter Laak Americas) is 1,800 metres above sea level and is located about 100 km east of the capital.

Altitude differences
The climate in Guatemala has a wet season (May-October) and a dry season (November-April). Although the country is in a tropical climate zone and is mostly warm and sunny, local weather conditions can differ significantly, in particular due to the large differences in altitude.
In Quetzaltenango (2,200 metres altitude) for example, it is not unusual to have night frost during October to December. The climate at this high altitude is just right for phalaenopsis cultivation: cold nights, not too warm during the day and lots of light. On the other hand, not far to the south the temperature rarely falls below 15ºC.

Economy
With an area of 108,889 km2 Guatemala is about two and a half times the size of the Netherlands, and has ± 12 million inhabitants. With a growing population of middle-income earners it is not among the poorest countries in the world. However, the money and the power are in the hands of a small number of elite so almost three quarters of the population does live below the poverty line.
The economy is heavily reliant on the traditional agricultural sector. About 70% of the total exports are of agricultural origin and one in two workers is involved in the agricultural sector. Agriculture amounts to a quarter of GDP and industry a fifth. Another important source of income is the money sent home by Guatemalans working in the US.

The combination of Guatemala and phalaenopsis works. The country’s climate is perfect for growing and the marketing opportunities are good. Both locally and in the neighbouring countries the demand for good quality plants is growing. Both Ter Laak and Star Orchids recently built a second greenhouse in this country. The growers expect that with their Dutch know-how and technology and with help from local partners they will be able to establish a good business. 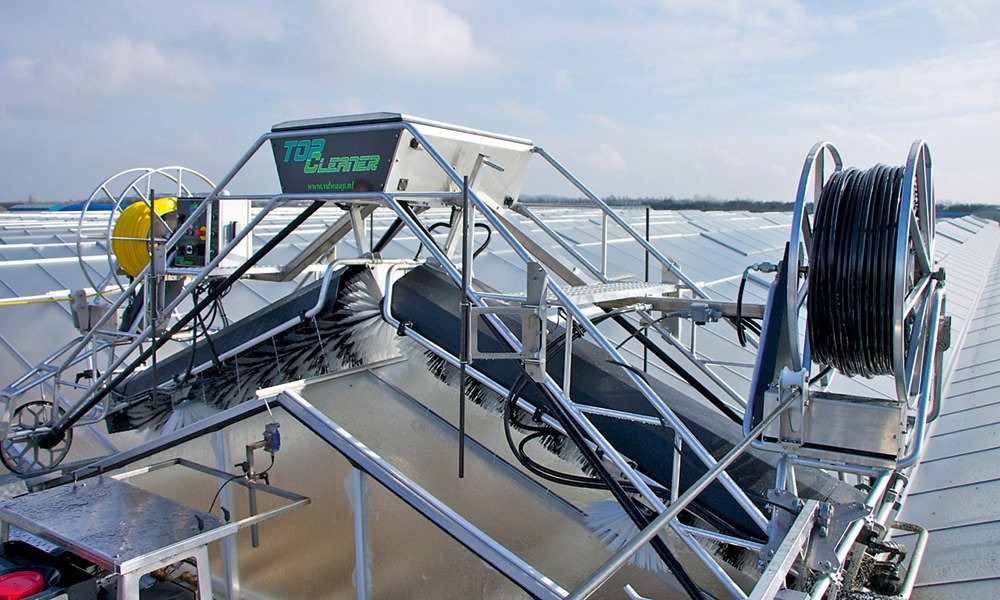 First ask how heavy the roof washer should be 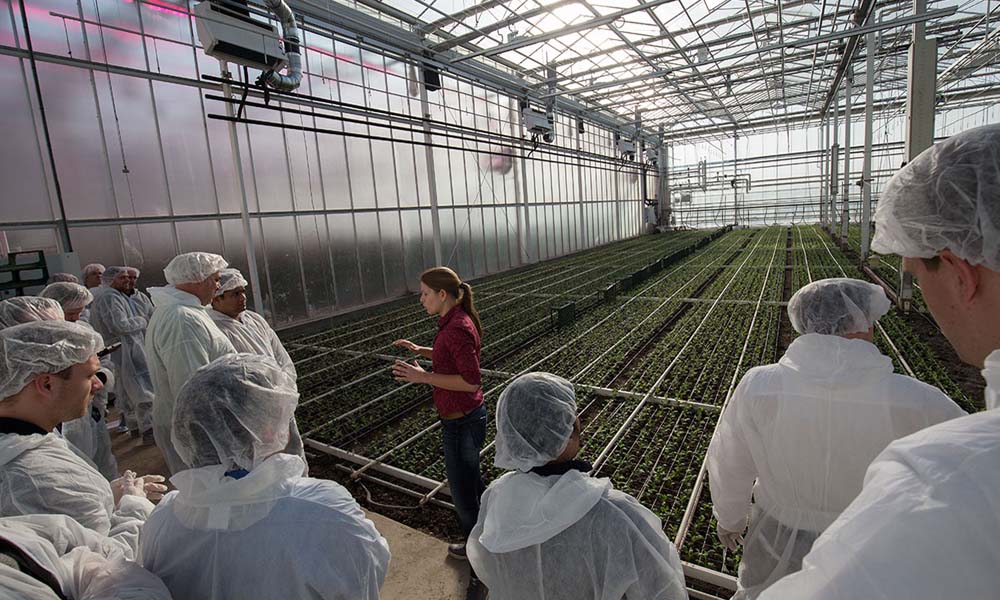 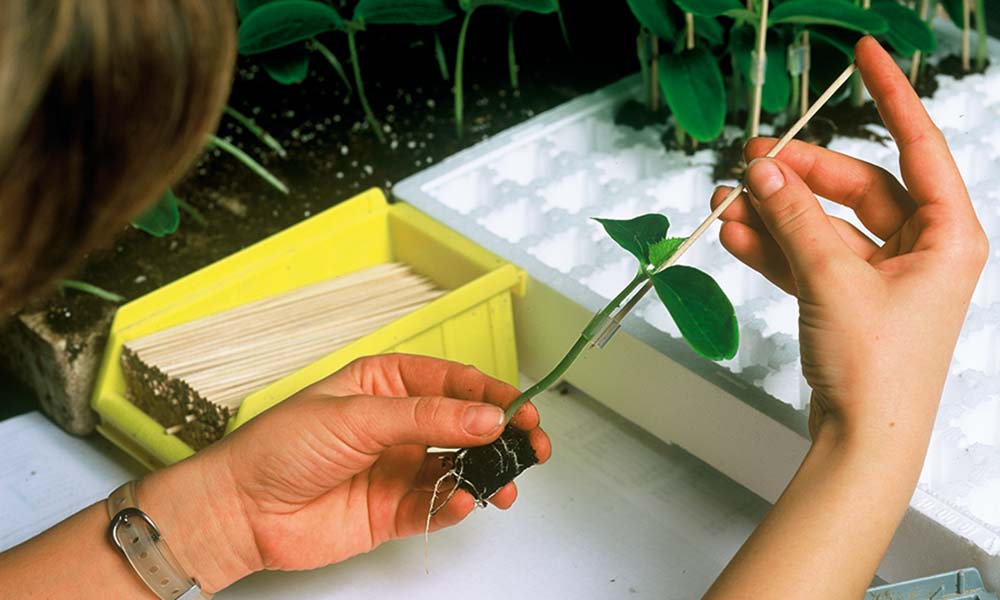 Propagation via grafting and cuttings has big impact on plants