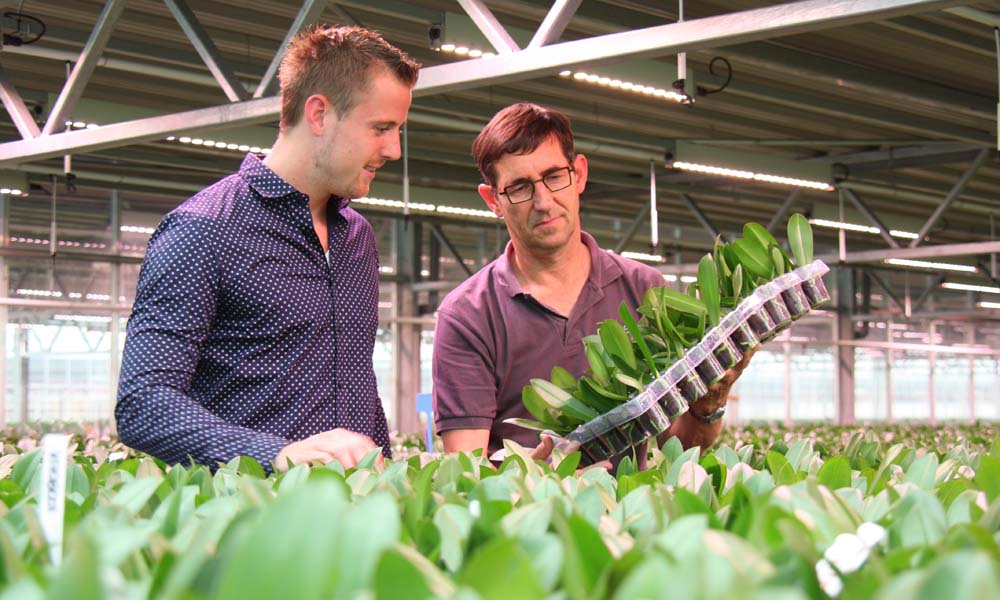 The LED lamps in the light fittings underneath the top growing layer shine brightly on the plants in the cultivation greenhouse at phalaenopsis growers De Vreede in Bleiswijk in the west of the Netherlands. The light may look white but actually it’s the right combination of colours. It’s one of the innovations that brothers Herman and John de Vreede are working on as part of their drive to supply large volumes of uniform quality orchids more sustainably. They did most of the preliminary research into the right light spectrum themselves.

The phalaenopsis nursery moved to Bleiswijk in 1995. The brothers soon bought the nursery next door and then another two sites 300 metres and 2 kilometres away, making a total of 12.5 hectares of growing space. Each of the sites is equipped for a specific purpose.
The cultivation greenhouse, where the plants spend their first 35 weeks, is heated to a temperature of 28ºC. Then they move to the spike induction site, where they stay until about week 55. Here the plants start off warm and after a few weeks the temperature is reduced to 19ºC to induce flowering. In this phase, the plants are spaced wider apart, staked and sorted by flower size, colour and number of buds. Finally, they are transferred to the finishing site for three to four weeks. Orders are packed and shipped from there.

De Vreede produces 12 million plants per year. Even Herman de Vreede finds it hard to get his head around those numbers. A massive 200,000 young tissue culture plants arrive from various locations every week and leave the nursery again as adult plants more than a year later.
De Vreede specialises in eight outstanding orchids – exclusive varieties with a long life span and offering great value for money. They come from two breeders, with most of their stock supplied by Anthura. “We test about 30 varieties a year, including from other breeders. We want to keep up with the latest innovations.”
The brothers work with large volumes. “We are equipped to fulfil orders of 500,000 units at a time. The biggest challenge for us is getting all the plants to the same stage at the right time. Much of what we do is automated now. Soon we plan to install industrial Fanuc robots which will enable us to respond even more efficiently to market demand.”

Orders arrive in peaks. “We supply more than half of our annual production in the first five months of the year,” de Vreede says. “There are a lot of special occasions like Women’s Day and Mother’s Day at that time of year. To accommodate peak production we decided to install a second growing layer above part of the cultivation greenhouse. We now have four hectares of growing space there instead of three. That helps make the crop more sustainable to grow because we’re maximising our space.”
It wasn’t practical to install a second growing layer directly above the original one, either in terms of climate or air circulation. So the brothers decided to put in a second layer along the sides of the three cultivation areas. It is relatively low, just 1.5 metres above the bottom layer. Lighting is needed to make up for the lack of daylight. The standard lighting with SON-T lamps used elsewhere in the nursery can’t be used here.
“There are SON-T lights above this part, but with 600W output, slightly less than the 1000W from the other lamps we use,” Herman de Vreede says. “We went with LED grow lights for the bottom layer. Not only because they generate less heat, but also because they are a sustainable solution. They use less energy and you can choose a particular combination of light colours.”

At the time there was no such thing as a standard solution. So before they started building in October 2016, they ran tests over a three-year period to see which light spectrum produced the best results. “We tested the effect of different light spectra on properties such as development rate, root development and the hardiness of the plant, both inside and outside the nursery. A lot of knowledge is needed for that, as you have to see what the best result is for each situation. The light spectrum that is most suitable for the vegetative phase of phalaenopsis is not necessarily the right one for the spike induction phase, for example.”
The tests in the nursery were overseen by Simone de Vreede, who had gained a lot of experience in this area and carried out research at her parents’ nursery while still at university. Once they had decided on the light spectrum they wanted, the next step was to find out where to source the lights from. Ultimately they chose Philips GreenPower LED top lighting, which fitted the bill nicely. The lights give out light that looks white. The advantage of this is that it makes it easier to visually inspect the plants being grown in the greenhouse.

“Installing a second growing layer blocked out the daylight from the bottom layer,” says Stefan Hendriks of Philips. “They couldn’t use SON-T because of the short distance between the crop and the lamps: they would generate too much heat. With LED you can create a controllable climate in which phalaenopsis can be grown very efficiently with relatively little light.”
Since the second growing layer was installed in October 2016, the plant specialist has been visiting the nursery every two weeks to carry out analyses and take crop measurements, including length, leaf splitting and dry matter concentrations. In addition, the climate is intensively monitored by means of PAR, temperature and humidity sensors. These observations are linked to the climate data from the computer. “Based on this data, we want to fine-tune the use of the lamps and optimise our cultivation even further. Experience and knowledge are essential when using LEDs. That’s why we carry out a lot of in-depth analyses here,” says Hendriks.

The phalaenopsis grower is also considering buying in LED lights for the other sections when the time comes to replace the SON-T lamps there. Hendriks adds: “Besides being more energy-efficient, LEDs last longer. The life span of the models we use is given as L90. That means that after 25,000 hours of operation, the light output is still 90% of the original level. But the module will still go on working fine after that and will have many burning hours left in it.”
At De Vreede the lamps will probably wear out sooner than that, due to the number of hours they operate. With 14 hours of lighting a day, they are in use for 5,110 hours a year. But that also means that the LED lighting in the new no-daylight situation will pay for itself more quickly.

Dutch phalaenopsis growers De Vreede have 12.5 hectares divided into cultivation, spike induction and finishing sites. In order to have enough growing space available at peak times, they invested in a second growing layer above part of their cultivation area. To light the bottom layer, now in shade, they installed LED lighting with the right light spectrum for the vegetative phase, having first done their own in-situ research into which spectrum to use. 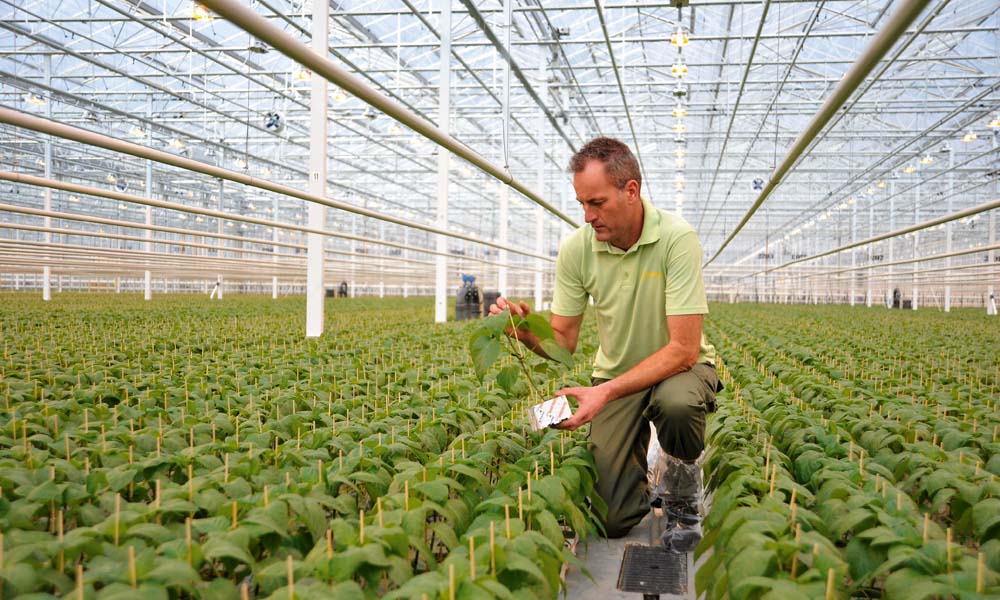 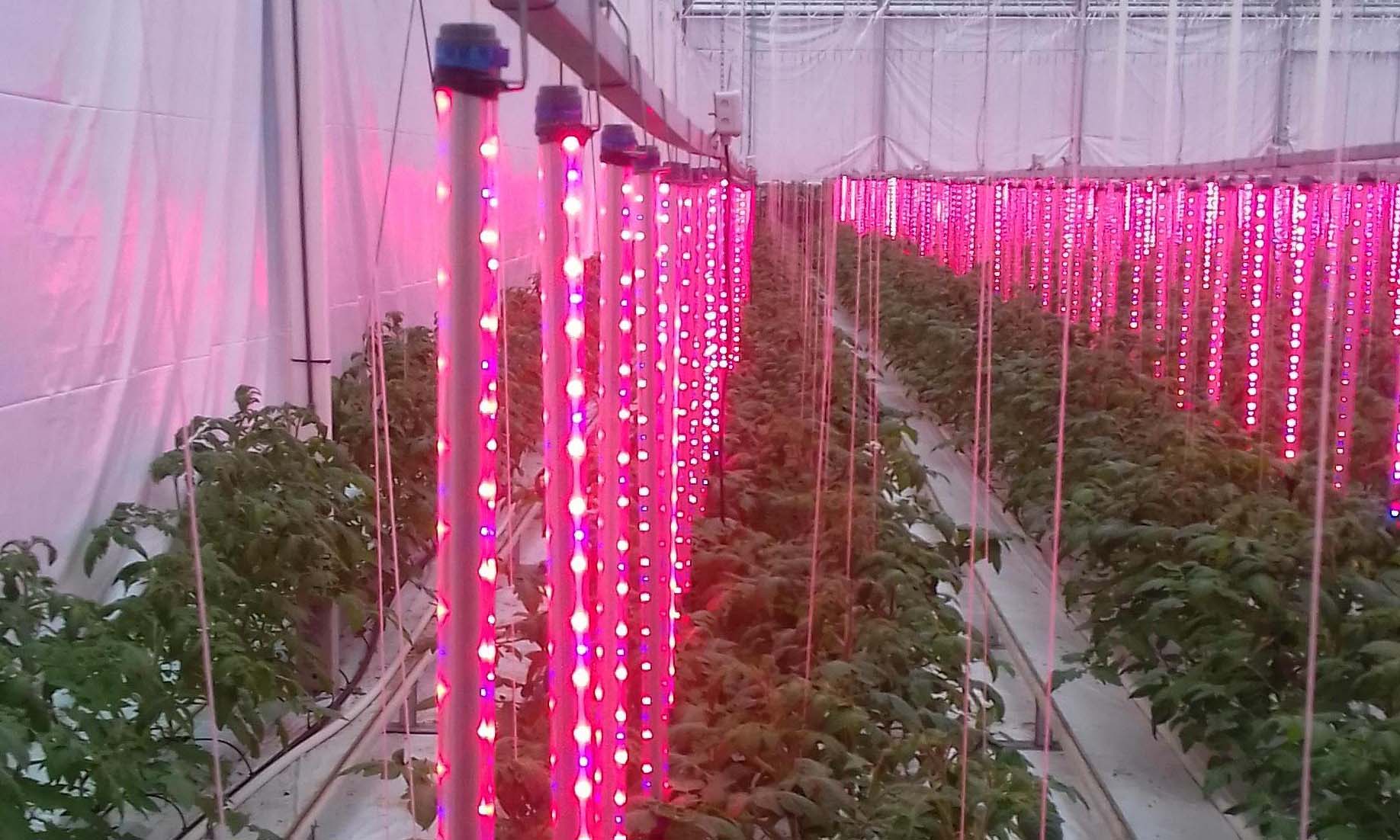 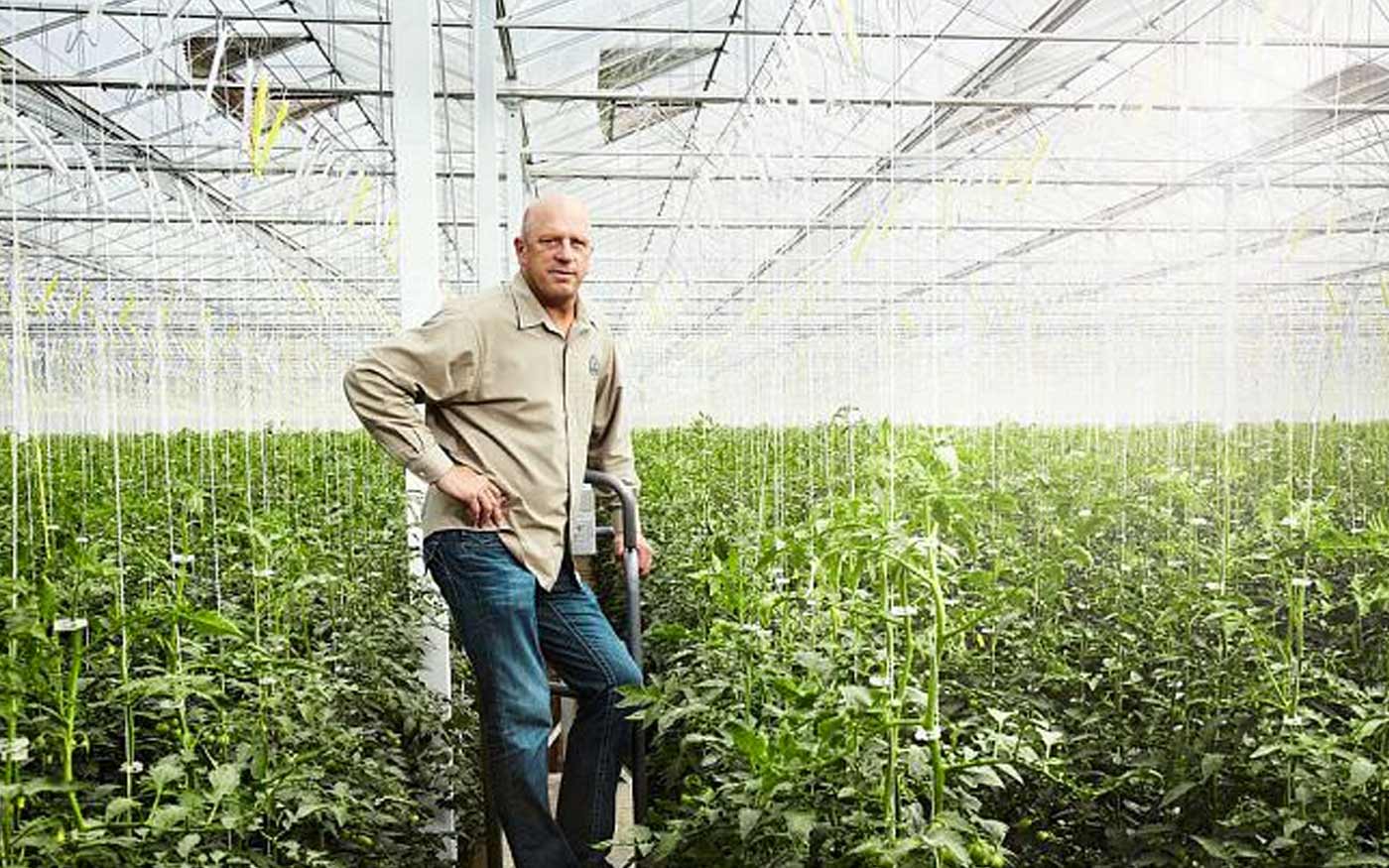