‘Urban farming will not solve the problem of world hunger’

Urban farming is currently a hot item, capturing the interest of people all over the world. The roof of a former Philips building in The Hague is currently the scene of a large-scale 1,500 m² urban farming project developed by UrbanFarmers and Priva for the cultivation of exclusive vegetables in combination with fish farming. Will urban farming, with cultivation on rooftops or indoors assisted by LED lighting, help shape the future of horticulture?

‘Urban farming is a hype. I get questions about this every week, and sometimes even every day! Many people believe that this is the solution we have been waiting for to alleviate world hunger. I do not share this conviction; simply because it is too expensive for bulk production.

I do believe that marketing concepts in big cities, with rooftop cultivation or cellar cultivation by restaurants, for example, are feasible. Consumers who find this appealing would be prepared to pay twice as much. You could also produce crops with a higher vitamin and nutrient content, which could be achieved through better crop control by using LED lighting, for instance. Consumers might very well be prepared to pay a higher price for this.

‘Rooftop cultivation at standard prices? I doubt that this is possible. Greenhouse cultivation on 10 hectares of land with only one crop type for efficient production is no longer unusual, but you can’t compare this to rooftop cultivation on a very limited surface area. Even if it is easier to control all the cultivation factors, it still has to be economically feasible. This is only possible if added value is offered that the consumer is willing to pay for.

‘I once saw a television commercial in Japan for vegetables, grown using LED lighting by employees wearing full laboratory clothing. The concept of growing healthy vegetables is entirely different in Japan. I wonder how the average European consumer would respond to this? Would he consider it to be rather artificial? And I’m not even taking the economic feasibility of this option into consideration.

‘There are many urban myths about the possibilities offered by urban farming. There will, without a doubt, be a market for this – one where products are sold that contribute some form of added value. This would certainly be possible in metropolises such as New York and Shanghai, also in terms of consumer experience. However, you can grow food in greenhouses located on the outskirts of such cities very effectively, all over the world.

‘We are investigating the cultivation of plants using only artificial light. We have access to all the knowledge we need to do this, and this approach to cultivation approach may indeed be feasible. However, we are still faced with the social aspect and the economic feasibility. Aside from that, I believe it could be possible to carry out specific phases in the cultivation process in climate chambers; phases that have a higher probability of something going wrong in the greenhouse and where the volume of plants is not so big. This would be particularly useful in the early stages of cultivation.’

There are consumers who cherish romantic ideals with regard to open-field farming.

‘Those people forget that greenhouse horticulture offers distinct advantages with regard to the consumption of water. In the Netherlands, the availability of water is generally not an issue. There have, however, been instances where hosepipe bans were imposed on growers of open-field crops on sandy soil in Limburg and Brabant in dry summers. The collection of rain water in greenhouse horticulture is not always sufficient, and in those cases the alternatives available to growers are not always adequate.

‘The availability of water on a global scale is a much bigger problem. The cultivation of one kilo of tomatoes in Israel or Spain requires 60 litres of water. When grown in a greenhouse, 30 litres will be sufficient. In the Netherlands, this is only 15 litres. Cultivation in a closed greenhouse requires even less water, because you can cool down the air temperature and collect the condensed water.’ 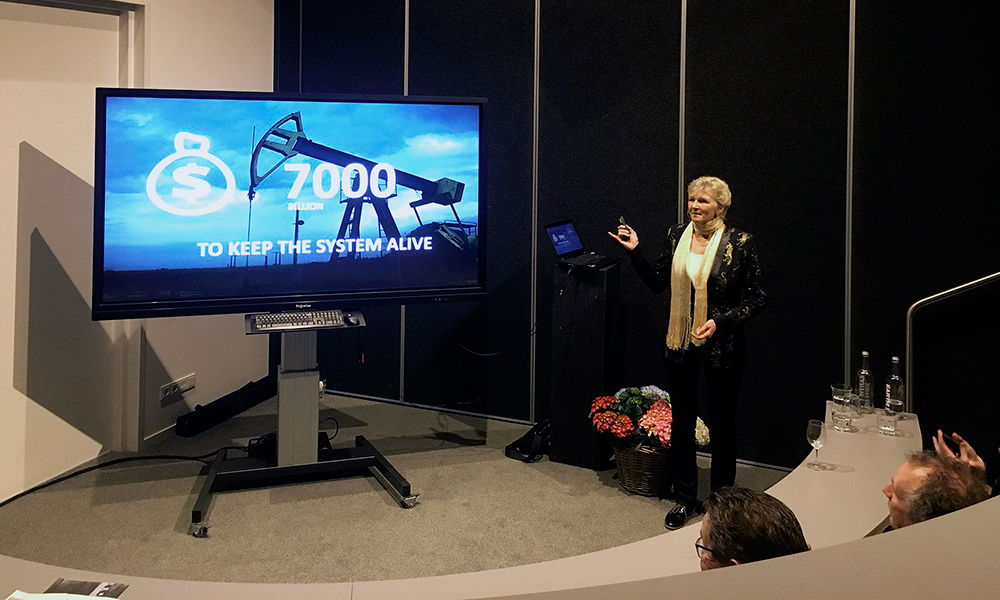