Rudi Attenberger sells 70% of his roses to private sector 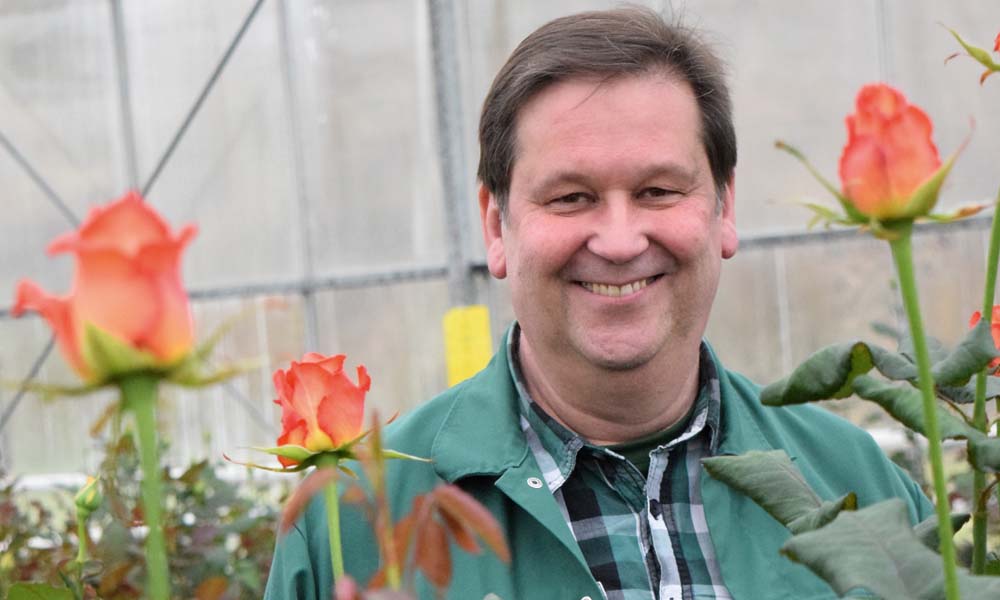 The German cut rose sector mainly consists of lots of small companies that grow a wide range of cultivars and focus on private sales. This is also the case at Rosen Sabrowski, a company based in a residential area in the German town of Recklinghausen. Owner Rudi Attenberger has managed to turn this risk into an opportunity in recent years, and currently sells 70% of his roses to private individuals. Despite this, increasing costs – for example for power and personnel – present the grower with considerable challenges.

It may seem a rather unlikely location for a rose nursery, nestled between blocks of flats in Recklinghausen, a town with about 120,000 inhabitants in the northern Ruhr area. Nevertheless, Rosen Sabrowski has managed to survive here for over 60 years. “My father-in-law started growing various cut flowers here in 1955: chrysanthemums, daffodils and later roses,” says Rudi Attenberger (58).
Although this grower does not have a horticultural background, he and his wife decided to continue the business in 1977. To begin with, they also grew daffodils, but the focus soon turned to roses. “Rose cultivation appeals to me,” he explains, “on top of which the rose is the number one cut flower.”

When the grower took over the company, it had a growing area of 1.2 ha and most of the roses were sold through the Blumengrossmarkt in Dortmund. “A Grossmarkt is typically German; this is a kind of market where growers can sell their flowers or vegetables to market vendors and retailers. For many cut flower growers in this country this market is one of the main distribution channels.”
Today, Attenberger sells just 30% of his cut roses through the Grossmarkt, with the rest sold in his own shop. “We haven’t expanded the business since we took it over as there is simply no space to do so at our current site. Even so, starting somewhere else was never an option as I believed that our location was in fact full of opportunities. After all, our clients were right on our doorstep. So I decided not to invest in more glass, but in creating a new market.”
The grower has worked on professionalising private sales in the past decades, and has built a large, modern shop. Large investments were also made in advertising. “Because of this, and largely through word-of-mouth advertising, we were steadily able to increase our private sales. We now have eight employees for both the nursery and the shop. Our daughter Tina, who is a florist, is also involved in the company.”

Attenberger’s customers come from an area in and around Recklinghausen, up to a distance of about ten kilometres from the company’s location. “Our advantage is that we offer a wider range of fresh products than flower shops. We also don’t have to worry about competition from other growers, as the nearest rose nursery is almost 100 kilometres away. It’s not for nothing that ‘Unique in the region’ has been our slogan for many years. To supplement our cut rose assortment, we also sell potted shrub roses in the spring and summer.”
Germans prefer to buy vegetables, fruit and flowers locally. “More than consumers in other countries, they want to know where a product comes from and how it was made; they believe in sustainability, reliability and quality. Plus, they are prepared to pay a little extra for this. So it is hardly surprising that many German rose growers focus on private sales; there are very few companies who only produce for auction.”

The decision to serve the non-business sector also influences the product range. To provide his clients with choice, Attenberger grows 21 different cultivars in a wide range of colours. “This allows us to offer mixed bunches, which are very popular here. It also enables us to distinguish ourselves from flower shops, which usually stock a limited range. We do however focus mainly on orange, two-tone and large head roses, as these are the most popular among our consumers.”
A wide assortment brings with it some technical challenges. For example, he always needs to steer a middle course when it comes to climate, fertilisation and irrigation. “Partly because of this, our production is no higher than 140 to 150 stems per square metre. This is much lower than growers in the Netherlands. However, Dutch growers concentrate on high-production species, while we choose cultivars for which there is demand. And as our roses sell for an average of € 1.50 per stem, we don’t actually need to achieve the highest production.”

Although Attenberger has not expanded the business since 1976, he has invested over the years in optimising and modernising his company. “My greenhouses are not ultra-modern, some of them are almost 40 years old. About a third of the greenhouses were built in the traditional way, with roofs that are 9 or 13.2 m wide. This is not ideal in terms of climate control, as ventilation is more limited. The rest are Venlo greenhouses, with 3.2 m wide roofs. We modernised the greenhouses about 10 years ago, when we increased their height from 2.2 to 4 m. I would have liked to have made them even higher, but it was difficult to obtain permits. In the summer, the temperature in our greenhouses is higher than in most modern greenhouses, and climate control is more limited.”
The rose grower was also one of the first German growers to invest in a UV system for recycling water. He also invested in new energy screens last year. “And we were one of the first growers in our country to start implementing integrated crop protection ten years ago. That was sometimes difficult to start with, but we are getting increasingly better at it. Only thrips are a problem these days.”

The grower invested in assimilation lighting about 15 years ago so that he could supply his clients year-round. “Only a handful of growers in our country still switch on the lights during the winter months. This is because of the high electricity prices; we currently pay about 20 euro cents per kWh.” Of this, about 7% is for the electricity tax that the German government uses to pay for the transition from fossil to renewable energy. These tax goes up every year. As a result, many growers have been forced to stop using lighting in the winter. “We still manage because of our private sales, but I don’t know how long that will last.”
For heating, Attenberger uses residual heat from a nearby wood-burning power station. “We had a contract for the last ten years and paid just 2.2 euro cents per MW. However, this contract has now ended and the price went up to 3.0 euro cents per MW. So we are faced with rising costs in this area too.”
Labour costs are also on the rise. “Since here the minimum wage was introduced in 2015, we have had to pay more every year. We need to recover these higher costs in one way or another and, although our consumers are prepared to pay more for a high-quality rose grown locally, this cannot go on forever. This is the biggest challenge we face in the future.”

At 1.2 hectares, Rudi Attenberger’s company can be considered an average-sized German rose nursery. The company’s location, in the middle of a residential area, makes expansion impossible. Therefore he decided to concentrate on private sales, increasing them to about 70%. The grower is reasonably satisfied with his results, but he is concerned about the increasing costs, for example for power and personnel. The extent to which he can pass on these costs to his customers remains a question of concern. 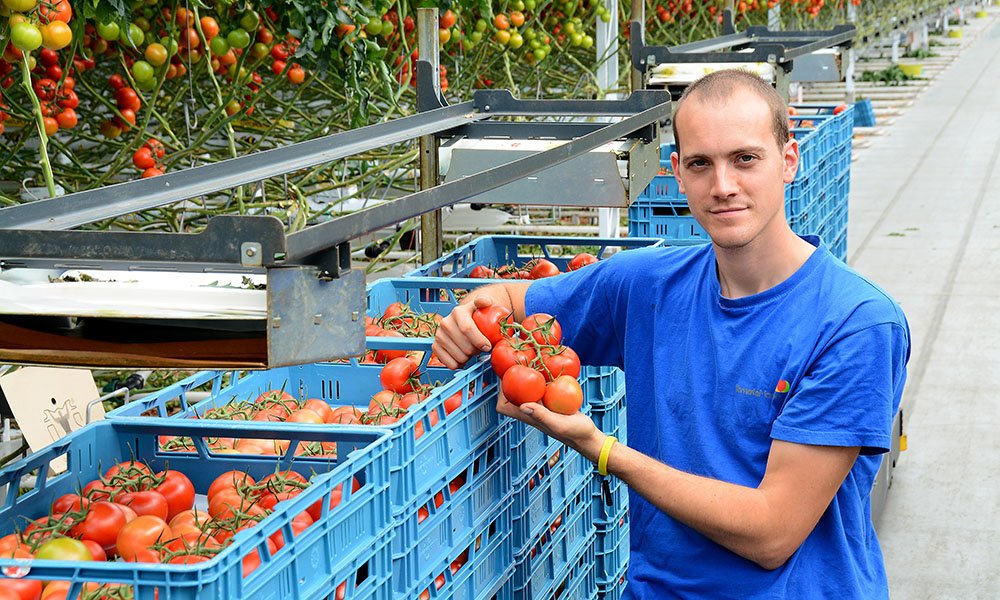 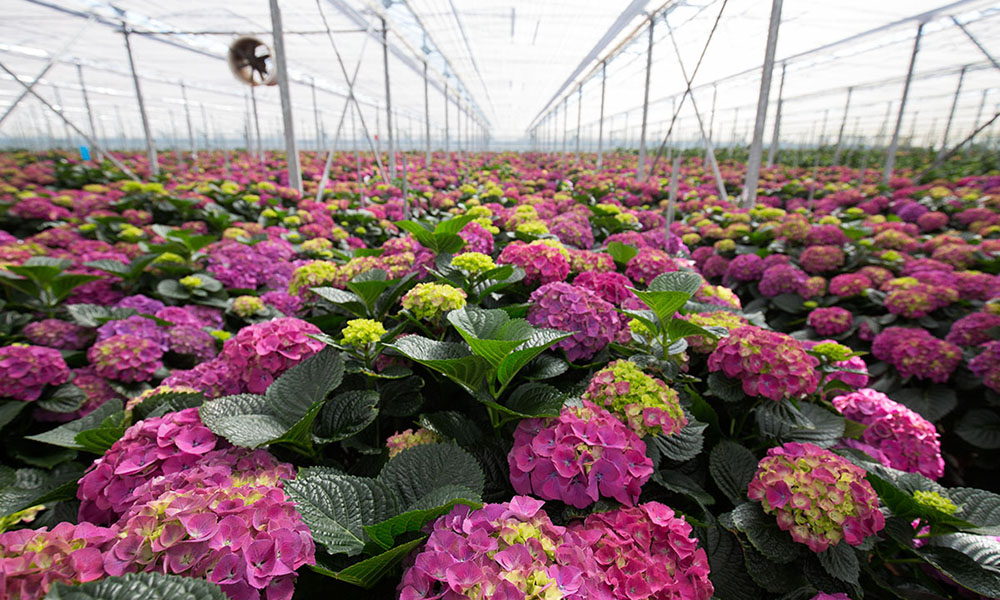