Possibilities through intentional use of the light spectrum 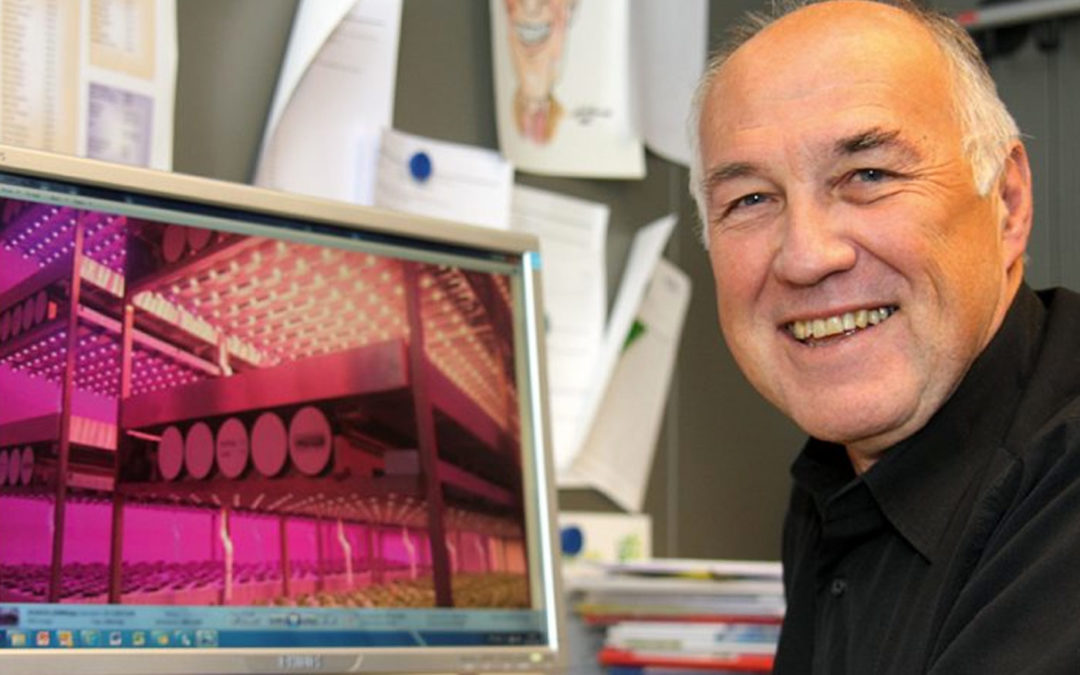 Light is more than just the big mechanism behind photosynthesis. Parts of the light spectrum, or simply more or less light, influence the development of plants: germination, flowering, cell division and cell elongation. Light induction also affects the formation of compounds that are useful to humans. It’s a new area with much to discover.

According to researcher Tom Dueck, of Wageningen UR Greenhouse Horticulture, the Netherlands, a plant ‘sees’ its environment via light. It’s not just the fact that light is present but the amount, direction, length (day length) and colour of the light spectrum that play an important role. Plants use light with a wavelength between 400 and 700 nm for photosynthesis. Growers can use UV, blue, red and far-red light to steer the plant. In particular, the ratio of red to far-red determines a number of physiological processes.

Plants absorb light of certain wavelengths via pigments, also known as photoreceptors. There are different types. UVR8 photoreceptors respond to UV-light and are involved in the stress response. Phototropins are involved in the way plants grow towards the light. Cryptochromes ‘notice’ the difference in day length. Phytochromes are sensitive to the ratio between red (circa 660 nm) and far-red (730 nm) light. They cause changes in the hormonal balance and stimulate the production of some compounds.
The researcher focuses mostly on the phytochromes. How these work exactly is complicated. According to Dueck the ratio of red to far red light affects the three dimensional shape and function of the pigments. This ratio is also called the ‘phytochrome stationary state’ (PSS). At a higher PSS there is more red light in the ratio than at a lower PSS. A higher PSS leads to, for example, cell elongation and it influences the flowering processes. A low PSS affects germination and sensitivity to day length.
The ratio red:far-red is very subtle. In the summer, sunlight with 0.7 has a low PSS (red:far-red ratio). The PSS of red LEDs, without sunlight, is 0.87. This is high, but the difference in ratio is just 0.17.

Dueck gives a few examples of steering plant processes. Normally phalaenopsis plants have to remain cool at 19ºC for six to nine weeks. The cooling breaks bud dormancy, stimulates growth of the stems and causes flower bud induction. According to Dueck a whole mechanism of plant hormones are behind this and are active during the various stages of development.
The cooling period activates phytochrome B. This phytochrome stimulates the production of cytokinin, inhibits auxin production and stimulates the formation of gibberellin. Cytokinin breaks the bud dormancy and stimulates bud development and branching. Auxin works against apical dominance and ensures that several stems develop at the same time. Gibberellin stimulates flower bud development.
The question is does lighting also work in this way on phalaenopsis. It appears likely, but if the light spectrum influences the hormone balance in the same way as cooling is not clear. During the research Dueck considered if flower bud production is also possible during this period by giving the plants on two occasions four weeks of light of a high PSS via artificial lighting with SON-T lamps that contain a relatively high amount of red. The aim is to activate the phytochrome B.
“A lot of red light, especially in the second phase of the induction, appears to do approximately the same as the cooling. Red induction light can partly replace cooling. We want to start a follow-up project to research this further,” says the researcher.

A second example mentioned by Dueck is the research into the effects of far red light on the development of chrysanthemum cuttings. The cuttings arrive from Africa and rooting takes seven to ten days before the grower pots them on. During the trial, cuttings from the cultivars ‘Baltica’ and ‘Feeling Green Dark’ received different colours via LED-lighting: 40 µm red (660 nm); 40 µm red plus 8 µm far red (730 nm); 40 µm blue (450 nm) and 30 µm red plus10 µm blue and 8 µm far red.
“The roots increase in number and become longer with more far red light. This shows that with just a little light you can steer the plant so that it can be planted earlier. This is a gain for the grower.”

Induction light influences the formation of different secondary metabolites, which can be used for numerous applications, such as artificial colourings, medicine and cosmetics or in the food industry. Dueck gives a few examples.
Since 2010 colleague Silke Hemming has been working on the production of high quality ingredients from algae grown in Dutch greenhouses at Wageningen UR, Bleiswijk. Part of this involves stimulating the production of the red colouring astaxanthin in the algae, Haematococcus pluvialis, by using induction light. This red algae can be used as a food ingredient during salmon and shrimp production to influence their colour.

It is possible to use light to steer certain plant processes or to encourage the production of substances. The ratio of red to far red light appears to influence plant physiological processes such as elongation, flowering and germination. Practical examples are the use of induction light to replace chilling of phalaenopsis to encourage bud formation and increasing the amount of far red light during the rooting of chrysanthemum cuttings for more and longer roots. By using induction light it is also possible to stimulate the production of certain substances, such as colourings, protective substances and products that can be used in medicines or cosmetics. 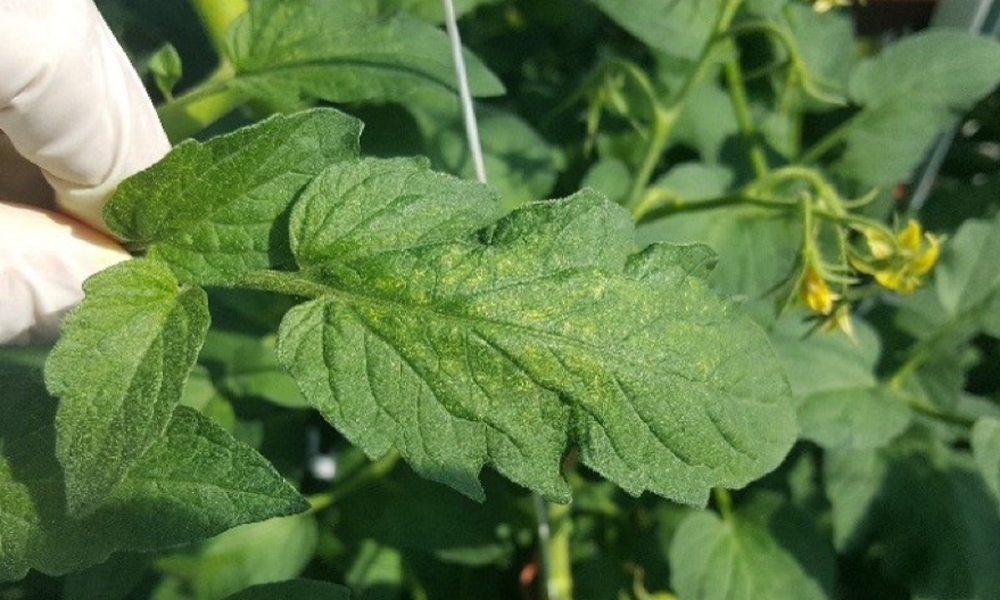 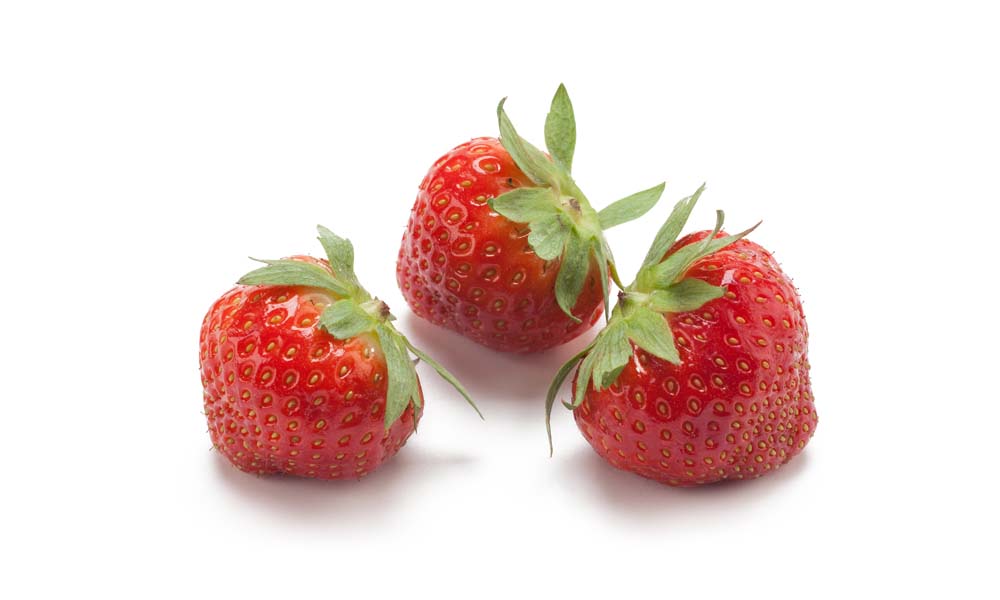 Strawberry flavour model ready for use 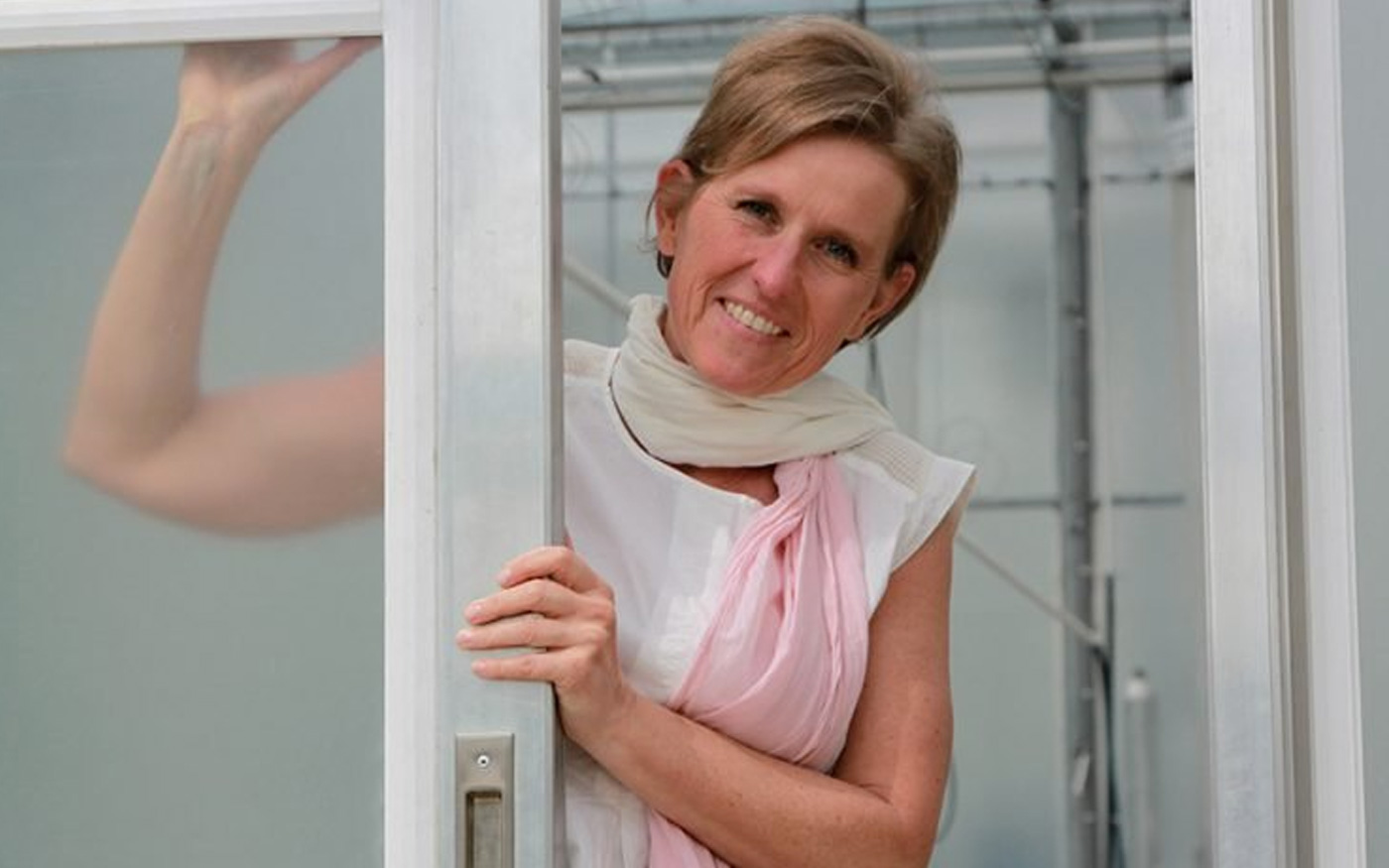