Tasty Tom has been around for twenty years, during which period this flavourful fruit has grown into a renowned brand and a standard of taste among all tomatoes. However, Tasty Tom did not grow into a success overnight, acknowledges Ton Janssen, aka ‘Mister Tasty Tom’. If you want your fresh produce brand to be and stay a success, you have to walk a tight line. We underestimated the amount of time and effort this would take.’

Twenty years ago, the Germans called Dutch-grown tomatoes ‘Wasserbomben’, or water bombs. Their image has improved tremendously, partly thanks to Tasty Tom. How did you manage this turnaround?

‘Perseverance is particularly important, and adamantly refusing to do any concessions to taste. We started growing the unique Tasty Tom variety developed by Enza Zaden under a licence in 1995. We had tested several other new varieties, but ultimately chose this one on account of its great taste. Although the next few years saw the introduction of several new varieties that scored higher in terms of production and ease of cultivation, we would have had to make concessions to taste and we decided to stick to our Tasty Tom. To be honest: the idea of switching was quite tempting at times! Still, we never lost our focus on taste; this was and is the key to a successful product. Consumers were wildly enthusiastic about Tasty Tom right from the start. This is mainly due to the variety’s sweetness: Tasty Tom has a Brix value of at least 6.0, which can rise to even 8.0 in summer! Consumers buying Tasty Tom can be guaranteed of a good-tasting tomato! With other tomato varieties, this can be like playing Russian roulette: what you buy one week won’t taste nearly as good the next, or vice versa. That’s disastrous to your reputation.’

Still, for consumers to appreciate the taste of a product, they must be able to try it first. Is promotion a determining factor for success?

‘Absolutely! Promotion is one of our key focus areas, and has been from the very beginning. It took quite a bit of persuading to draw the attention of the retail industry and consumers to Tasty Tom. I took the lead in this by visiting countless trade fairs, making television appearances, mounting Europe’s biggest billboard onto our greenhouse, tasting demonstrations – you name it! I did everything I possibly could. I even walked around in a tomato suit several times!

‘Tasty Tom taught me a new side of myself that had, until then, remained concealed.’

All these promotional activities served as a tremendous eye-opener for me personally: I noticed that I genuinely enjoyed spreading the word about Tasty Tom. Tasty Tom taught me a new side of myself that had, until then, remained concealed. As growers, we built up the Tasty Tom brand through concerted effort, making use of each person’s unique and individual talents. You simply cannot tackle a task like that on your own!

At first, we thought that once we had launched the brand we would be able to take it easy. Well, we were quite wrong in that! If you are representing a brand you need to continue building on that; you never have time to lean back. To remain a constant on consumer shopping lists we still need – after twenty years – to actively focus on promotion and we still make every effort to come up with new and surprising promotional campaigns and stunts. Or we introduce different packaging, or a new logo. With Tasty Tom it’s just like any other brand: inertia is tantamount to decline.’

What were the highlights you experienced in the past two decades?

‘There were several. What continues to astound me is how many people take the time to send us an email to let us know how much they like the taste of our Tasty Tom tomatoes.

The most bizarre experience was, without a doubt, the Tasty Tom promotional campaign we held at the Game-com Trade Exhibition in Cologne: a trade fair for computer games that was visited only by the younger generation. There was incredibly loud music playing and we thought: “What on earth are we doing here?” Still, our stand had more visitors than any other: those boys and girls ate every single tomato we brought!

‘Looking back, we probably should have introduced the snack tomato earlier.’

But the absolute high point is that Tasty Tom has grown into a genuine brand in the past twenty years and is now an established name. It’s difficult to pin this to a specific point in time, but Tasty Tom became a household word about five years ago. ‘Tasty Tom is mentioned in the same breath as brands like Chiquita and Zespri.’

Did you experience any disappointments? Or is there anything that, with the knowledge you have today, you would have done differently?

‘Looking back, we probably should have introduced the snack tomato earlier. We put a small-scale version of the PartyTom on the market ten years ago. At that point in time, snack tomatoes had already become a hype and have since grown into a bulk product. We decided to discontinue the product because we did not want to take part in the price battle. If we had been ahead of the masses in launching our product, we would have been able to deliver added value and get a better price.’

Tasty Tom is, however, not the only tomato brand around. Tommies and Honingtomaten, for example, have also become established brands. What is your opinion of these brands? To what extent are they Tasty Tom’s competitors?

‘These parties also opted for a tomato that distinguishes itself through its taste, which is something I admire whichever way you look at it. Additionally, the way both these brands were launched on the market was fantastic. A lot more money went into their launch than into that of Tasty Tom; our budgets are limited. Besides that, Tommies were launched internationally. As the growers of Tasty Tom, we once considered taking its cultivation international, but decided against it because we were uncertain if we could guarantee our consistently high level of quality. None of our association’s members wanted to move abroad. Besides that, the investment we made in lighting is now enabling us to grow tomatoes all year round.

Of course, we compete with Tommies and Honingtomaten in our niche of the market. The money consumers spend on these tomatoes won’t be spent on Tasty Tom. Still, we aim to rely above all on our own power and take pride in what we have achieved with Tasty Tom.’

What can be done to help the Dutch greenhouse horticulture industry find its way back to the top? Is the recovery plan instigated by Cees Veerman and the Rabobank the best option?

‘I have my doubts about that. We will never manage to get everyone in the same line and all growers on one and the same sales point. The differences in thinking are enough: people from the Westland region have an entirely different approach compared to people from Limburg, for example. They focus on superlatives and dare to take greater risks. That starts to hit a sore spot. I think that this is an important reason why growers and growers’ associations based in the southern part of the Netherlands don’t participate in the recovery plan.

‘The problem with greenhouse horticulture is mainly the fact that too much is being produced.’

The problem with greenhouse horticulture is mainly the fact that too much is being produced. As a result, most growers are not participating in a demand market, but in a price fighters’ market. Launching a genuinely distinctive product on the market is the only way to avoid this. However, not everyone is equally well equipped to do this, and it certainly isn’t easy. Additionally, as a grower you can’t do much more than keep your costs under control as well as you possibly can. This can only be done to a certain extent anyway: you can never accurately predict the development of the global economy or the price of oil.’

Which of your colleagues do you admire the most?

‘Gosh, that’s a difficult question! Or actually, it isn’t. Rob Baan of Koppert Cress is someone I respect tremendously. He is a great advocate of promotional activities, just as I am. Rob is also a great spokesman and really puts his neck out for the sector through such activities as setting up the culinary television channel 24Kitchen. Additionally, Rob focuses on the distinguishing properties of his cress; there is something special to every one of his varieties.’

What are your plans and ambitions for the next few years to come?

‘We have lots of new plans on the drawing board: we just adopted our new five-year plan last month. I can’t go into any details, of course, but what I can tell you is that Tasty Tom will be spreading its wings!

On top of that, we will keep looking for new tomato varieties with better cultivation and production traits. However, we will only switch to a new variety if it can measure up to our current variety in terms of taste – and that’s quite a difficult act to follow!

Whether or not we will be expanding our current acreage of 62 hectares depends on market demand. It is crucial that we continue listening to the market. We have done that in the past two decades and will continue to do so in the future!’

The Tasty Tom growers’ association is currently composed of Ton Janssen from Venlo; Hans, Gerard and Eric Vereijken from Vereijken Kwekerijen in Aarle-Rixtel; Wim Peters from Someren and Roland Ghielen from Grubbenvorst. They collectively grow 62 hectares of Tasty Tom tomatoes. That’s almost 24 times the 2.6 hectares that Tasty Tom initially started out with in 1995. Tasty Tom tomatoes are sold through the ZON Fruit and Vegetable Auction to traders and retailers in selected countries. Besides distribution in the Netherlands, Tasty Tom is also popular in Germany, Scandinavia, the UK and Japan. 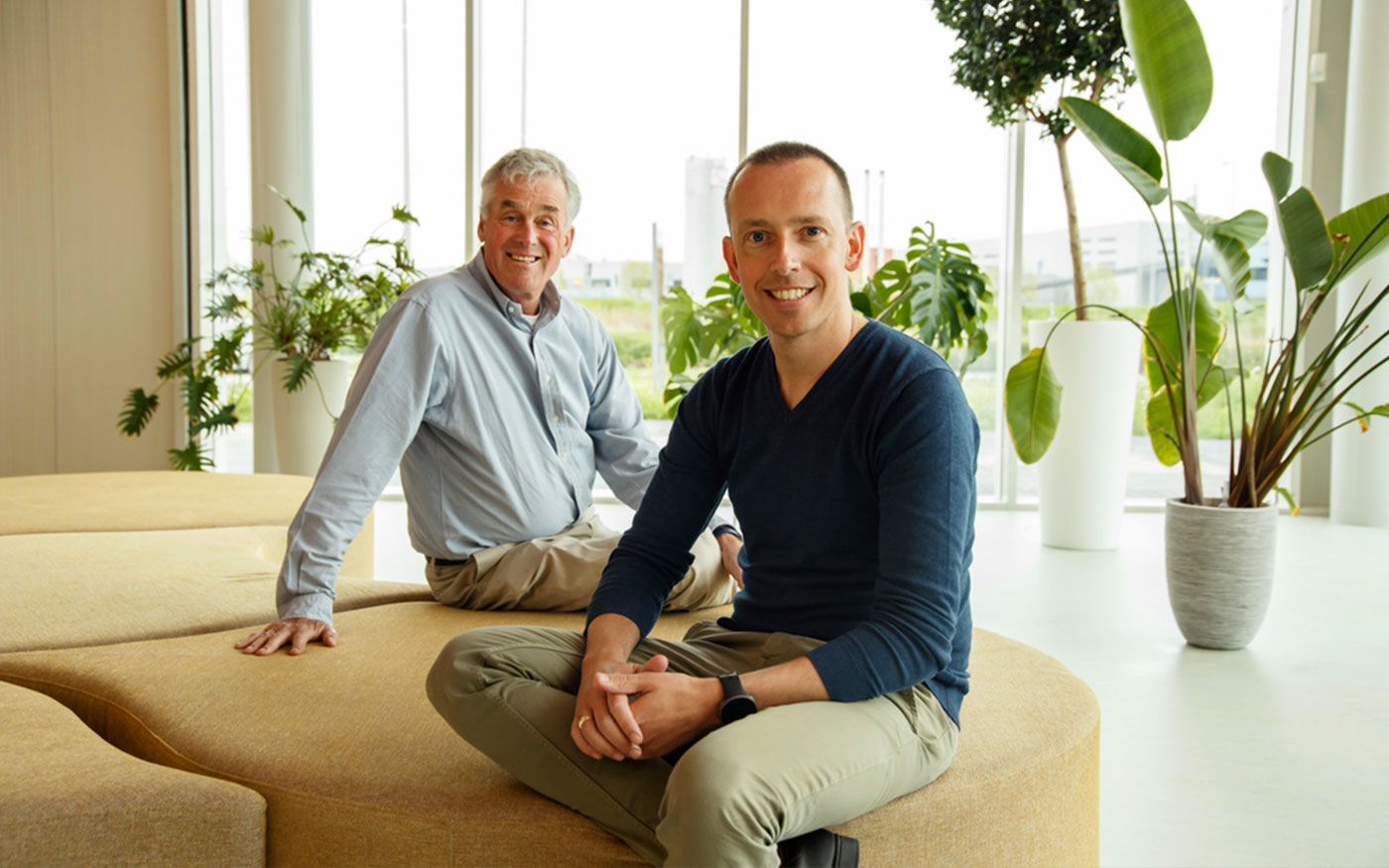 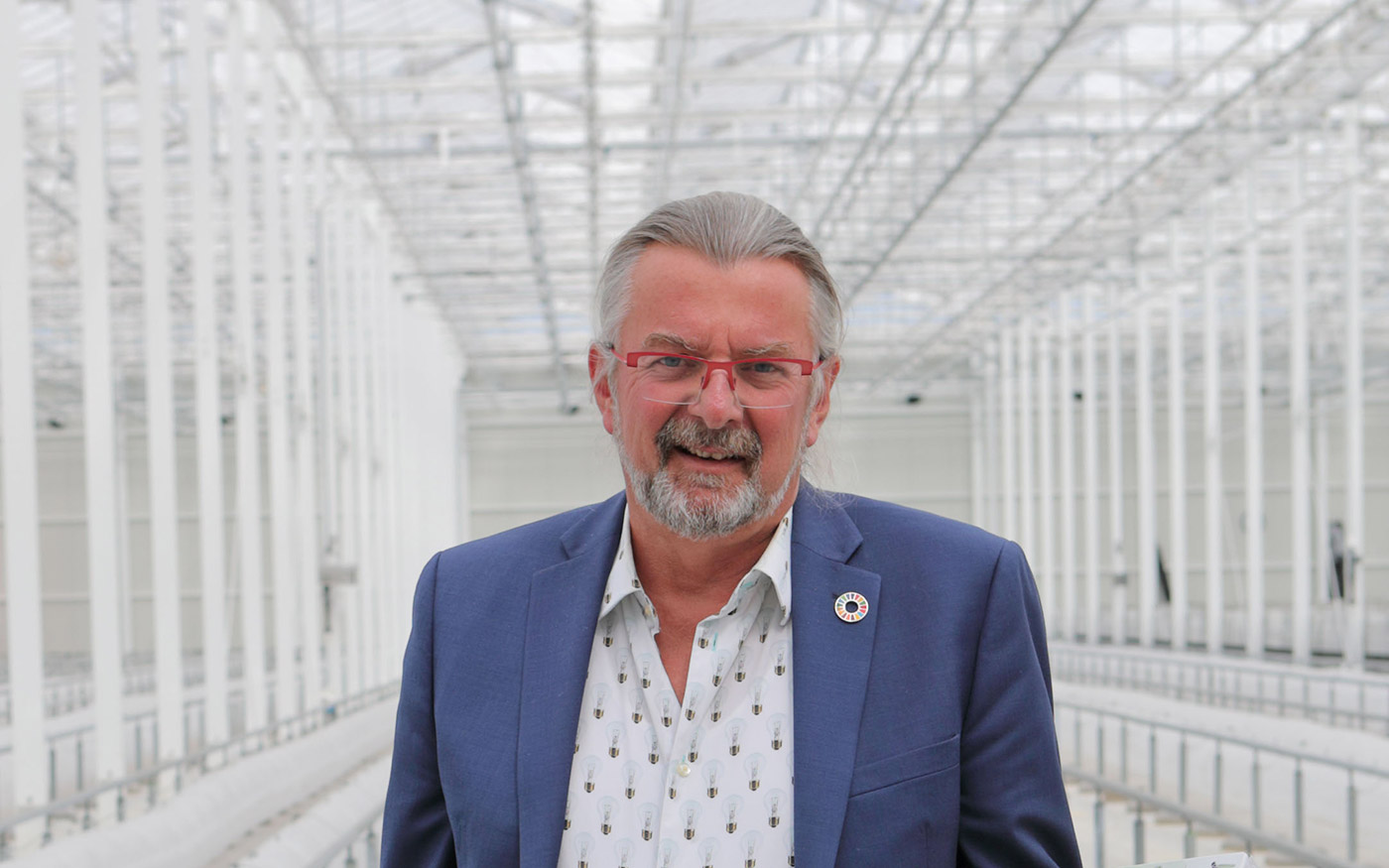 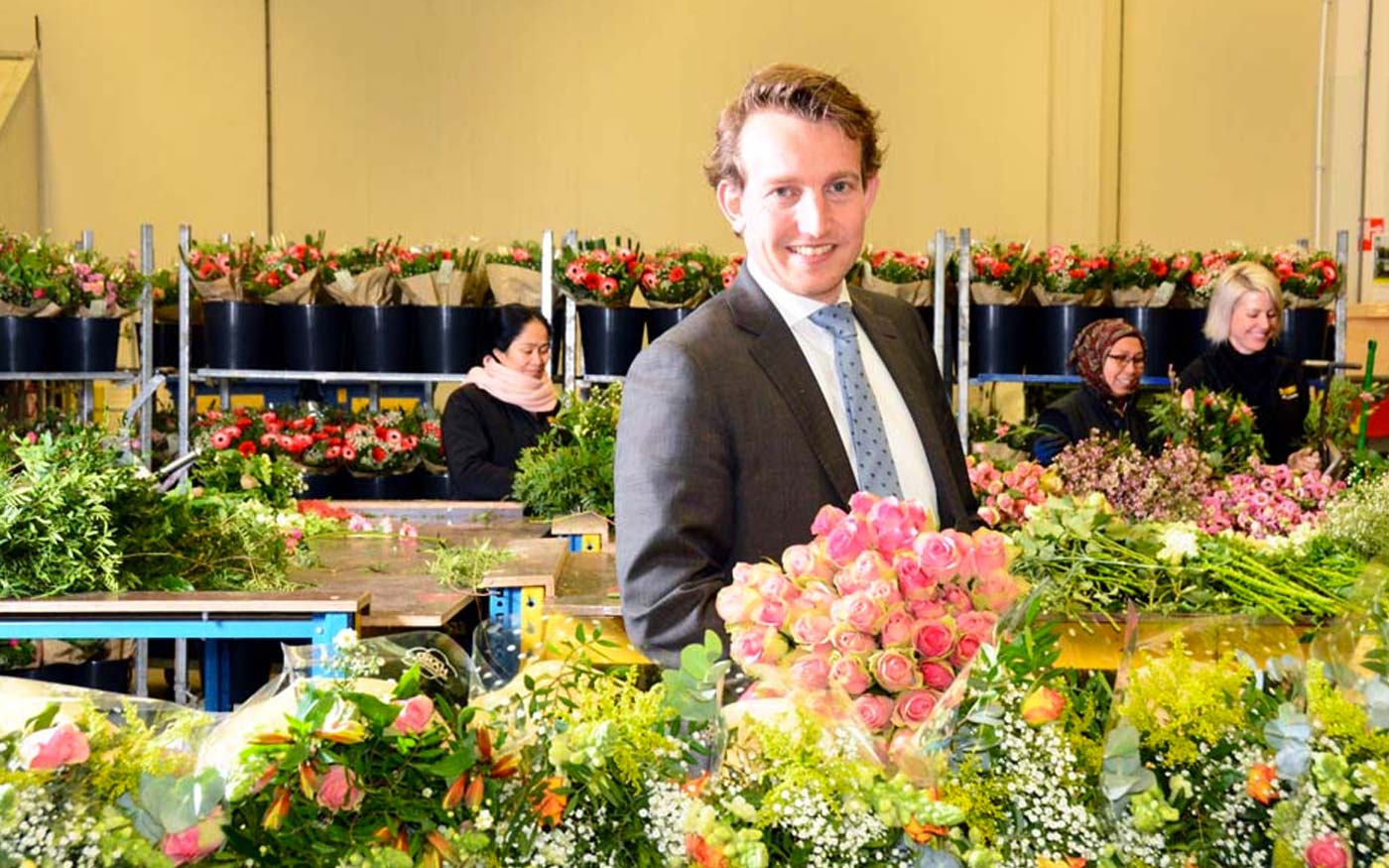