Stan Vander Waal got his first taste of working in horticulture when he was just 13 years old. His father switched from crop and dairy farming to growing flowers and plants, moving the family from Iowa (USA) to Canada and setting up Rosedale Greenhouses & Farm in British Columbia (B.C.). At the age of 20, after spending a few years working in the pig farming business, he rejoined his father in the greenhouse operation. He particularly enjoys the combination of production and sales, and has since built up the business into a three-facility, over 23 ha.

Stan Vander Waal founded his own company, Rainbow Greenhouses, in 1985 together with his wife, Wilma. From just 280 m2 for brokering potted plants and cut flowers in Seattle, the grower became a wholesale/broker for chain stores, florists and garden centres in northern B.C. and Alberta in 1986. In 1987, they purchased a greenhouse operation on South Sumas Road in Chilliwack, approximately 20 kilometres from the family’s Rosedale operation.
In July 2003, Vander Waal acquired his second facility by purchasing Rosedale Greenhouse when his father retired. That operation has been expanded several times since then and is now a production site totalling 35,000 m2. “We also significantly expanded the South Sumas complex in 2013, adding a large new Prins glass greenhouse structure with ebb and flood floors. This brought the facility to 77,000 m2 in total. The rest is double poly houses with concrete flood floors,” comments the grower.

Rainbow’s third facility is located in Iron Springs, southern Alberta. “We built it in 2005 to reduce the delivery time and costs by being closer to our customers. At 11 ha it’s our biggest facility and also has the largest seasonal component. We try to keep most of our year-round production – such as foliage plants and indoor colour – in Chilliwack which is the main shipping point,” Vander Waal adds.
For this grower, a typical season starts in mid-December when the first cutting material is brought in. The propagation areas are filled up first. “This is a high-turn, high-activity area which gets increasingly busy from mid-January. At peak planting time around 15 April, our greenhouses are bursting at the seams.”
The first early spring shipping starts in mid-February to the more temperate areas on the west coast of Canada. Then the main shipping starts around the third week of April and the spring peak runs until early June. “June is good month, but sales taper off quite quickly from 1 July onwards. We start propagating the poinsettias in June which are all shipped by 20 December. They fill about a third of the area. In the autumn we run a few small programmes such as chrysanthemums and in-and-out floral programmes,” continues the grower.

The three facilities are located in two very different climate regions. Chilliwack, in the Fraser Valley, B.C., has a very mild climate with an average yearly rainfall of 168 centimetres, average summer temperatures of 23ºC and average winter temperatures of 10ºC.
Meanwhile Alberta is an arid climate with hotter summers of up to 35ºC but also harsher winters, where snow is still a possibility until the end of April and frost remains a risk until late May. “We have Argus climate control systems in all three facilities which take care of the humidity, temperature, irrigation and so on. Everything is completely automated. The crops grow very differently in Alberta; there is more light, but more heating is required too. It could be minus 35 degrees but I still need to keep the greenhouse frost-free, even if it’s empty.”

In Alberta, the heating is currently based on a combination of coal and natural gas, but that’s changing, according to Vander Waal: “Coal is no longer part of our long-term objective for heating and we’re switching 100% to gas, partly due to the environmental pressure on coal. Inside the greenhouses we have floor heat under the concrete floors and the rest is monorail heat.”
Stemming from the energy crisis in 1998/1999, the heating in Chilliwack is a combination of gas and wood waste. “We get the waste from a supplier of pines killed off by the pine beetle, and also from a manufacturer of fence posts. In peak times we burn around three large trailers of wood waste a day, and the rest of the heat comes from gas. Renewable energy systems are a great concept but they require lot of maintenance and due diligence, which can actually end up costing you energy in other ways,” he comments.

Rainbow is a full-service grower selling directly to major retailers including Home Depot, Walmart and Costco throughout British Columbia, Alberta, Saskatchewan and Manitoba. It supports its retail customers at store level with marketing and merchandising programmes. “In the peak spring season we have a team of more than 150 merchandisers who go into stores to ensure that the product looks good on benches, that the displays are clean and neat. The biggest challenge in a retail environment is the lack of knowledge of plants and how to take care of them. Plants and flowers are an impulse business. If they don’t look good, consumers aren’t going to buy,” explains Vander Waal.
“The huge geographical expanse of Canada means that our average delivery distance to a customer is 800 kilometres,” he continues. The grower has its own fleet of 20 temperature-controlled trucks and trailers. “However in the peak spring season, our volume reaches upwards of 30 trailers leaving the B.C. facility every day and 40-plus trailers a day from Alberta, so we also work with various carriers. The average order process time, from getting the order to delivery to the store, is usually less than 36 hours.”

10% more product out of the area

Automation has become an important way of completing day-to-day tasks. As Vander Waal says, “When I look at agriculture today, and especially the greenhouse business, it really is a business and we have to make our decisions based on analysis of costs, sales and margins.” The recent expansion in Chilliwack included a new propagation block with LED lighting and a new WPS conveyor system. “With a turn rate of 12 to 16 times per year, the propagation area has the most active movement so we wanted to cut out steps such as loading/unloading carts. The conveyor system helps us increase the pace a little, improves our use of space and enables us to get 10% more product out of the area.”

In another step to improve efficiency, Rainbow works with several vertically drained cultivation floors by Dutch company ErfGoed, the first of which was installed in Alberta in 2013 on around 18,500 m2. Vander Waal explains: “We were unhappy with our gravel floor because the gravel was slowly sinking into the clay soil. The capillary mat system solved two problems. It avoids the cost/effort of replacing the gravel, and also gives us complete 100 per cent water recovery. This is especially important in Alberta where our water reserves from the previous year have to last us until the next spring. Reusing the water means that we makes savings on fertiliser too. We also noticed that the floor system creates a better microclimate for the plants in Alberta’s arid climate.”

Since then, two of the supplier’s ebb and flood floors have been added in Chilliwack. “This allows us to water up as well as recover water. Compared with concrete, this floor significantly reduces the pressure of root disease. I’ve learnt to consider the plant’s native environment and that’s what this floor does in effect, because it keeps the root zone cooler on warm days,” he continues. A further two floors have also been installed in Alberta. “In the newest floor, a small gravel zone has been added to the multilayered capillary mat. This creates a more stable base so the floors dry just a little quicker which is useful for certain crops and gives us more control. ErfGoed have helped us to achieve the results we’re looking for,” states Vander Waal.
Yet another new block is being added in Chilliwack later this year, comprising 3 ha, and this too will include a premium floor. Vander Waal clearly still sees plenty of opportunities for expansion and further efficiency.

Rainbow Greenhouses in Canada is a privately owned wholesale grower and distributor of high-quality potted plants. Owned by Stan Vander Waal and his wife Wilma. They have been producing a wide variety of indoor, outdoor and seasonal plants for over 30 years. Having started out with just 280 m2 of greenhouse space, the company now comprises over 23 ha of production, spread across three greenhouse facilities: two in British Columbia and one in Alberta. The company is focused on maximising efficiency, primarily through automation, to achieve business success. 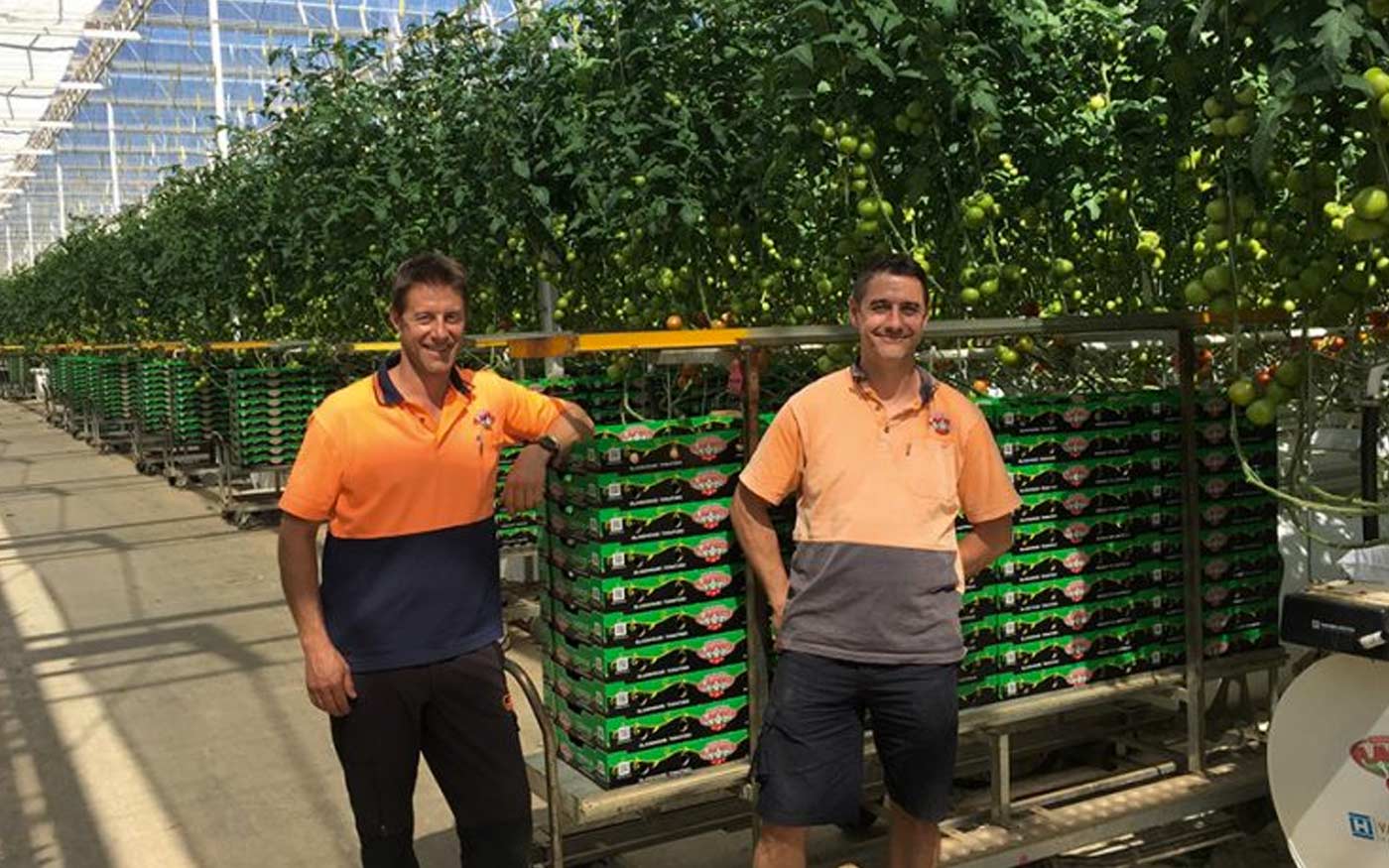 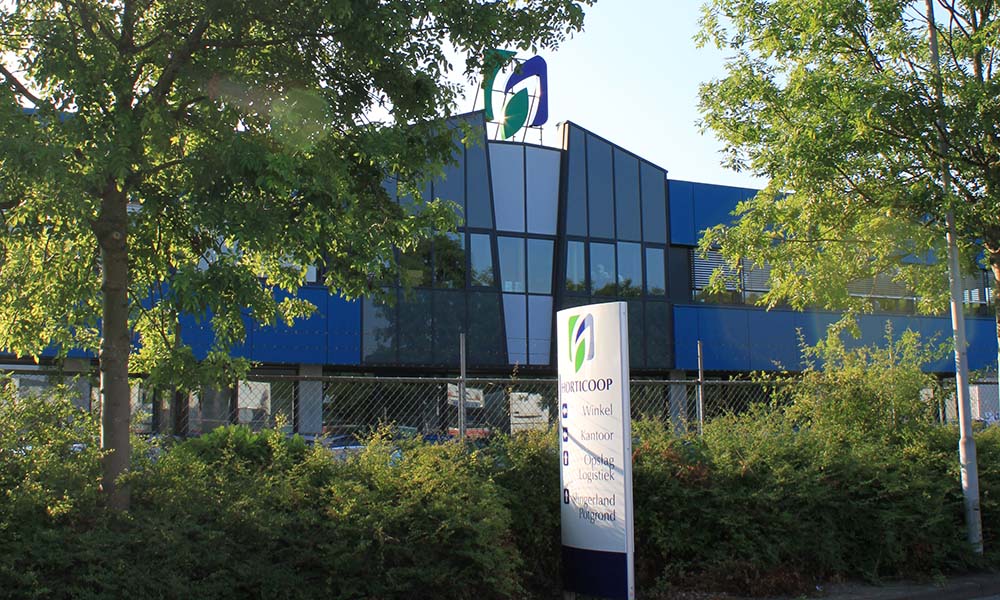