Waiting for the horticulture robot 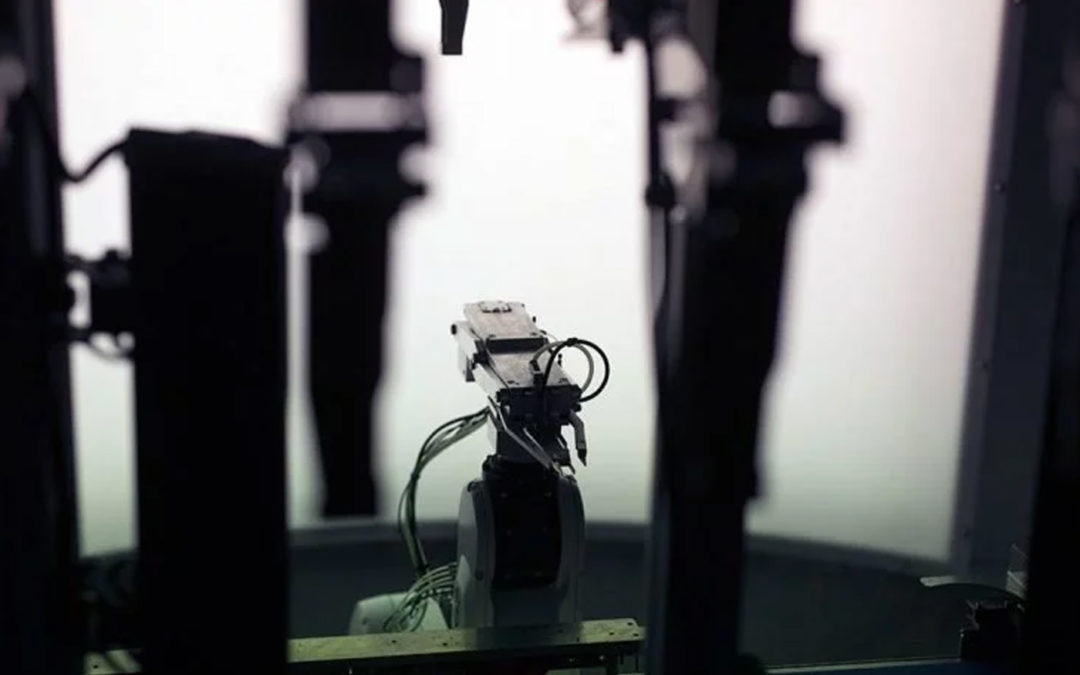 Robots appear to be the best solution to combat the rising cost of labour. After all, they can work 24 hours a day, without uttering a single complaint. So, what is keeping the entire horticulture industry from embracing the robot? Are they too expensive, has the technology not yet been developed to a high enough level, or are humans simply better workers in the horticulture industry?

The first robots have been spotted in the horticulture industry. Even better: there are plant growers with entire ‘streets’ of thirty robots whose job is to take and root cuttings. Still, most of the work being carried out in this industry involves manual labour. But aren’t robots cheaper as well as better than humans? Or, in other words: what’s preventing the large-scale introduction of the horticulture robot?

The robots we are most familiar with are those used in the car manufacturing industry. In the horticulture industry robots are also very welcome alternative, with big chances of success. According to a whitepaper on robotisation (Dutch only) by a team of researchers from Wageningen University and Research Centre (WUR), this is mainly because work in the horticulture industry is often monotonous and physically demanding, and the sector subsequently attracts increasingly fewer workers. The nature of the work is, however, not the only factor. Robots perform their work with a more consistent level of reliability than people, say the researchers. ‘Thanks to modern sensors robots are able to pick, grade and inspect food products with increasingly greater precision.’

Why the agricultural sector has had to wait so patiently for the large-scale introduction of robots can be easily explained. ‘Circumstances in this sector are, by the nature, subject to constant fluctuation: a bell pepper will never be suspended at exactly the same spot for two days in a row, and no two udders are identical.’ Developments are, however, coming along rapidly. It is inevitable that the robot will soon be making a breakthrough in the horticulture industry, say the researchers. ‘The sector will be facing a gigantic challenge worldwide in 2050: having to feed nine billion hungry mouths. Without the extensive application of robots in food production we do not expect the industry to be capable of meeting this challenge.’

Nevertheless, there are plenty of developments being launched, albeit it fits and starts. In the kick-off to the 1996 Dutch Mushroom Days the presentation of a grand total of three robots was announced. In the end, only one robot was actually presented at the fair; the other two never left the testing area – and that one robot was demonstrated for only a limited number of hours during the fair in Grubbenvorst due to technical problems. Now, almost a decade later, there are still no commercial harvesting robots for mushrooms.

Researcher Rick van de Zedde of WUR knows more examples of horticulture robots that failed to make it to the market. This can seldom be attributed to technology or the quality of the robot, but is more often than not related to a lack of confidence among suppliers and growers. ‘You may be able to develop the most amazing robot in the world, but you need to find someone willing to dig into his pockets to pay for the first one.’

The European Union found it time for a breakthrough. Politicians and policy-makers felt Europe would lag behind in terms of competitive power if not more robots were to be developed. This is why the EU is putting a lot of money into the development of robots. WUR and several of its partners are currently applying an EU grant to design a new, fully automatic tomato packaging line: the PicknPack.

The bar is quite high in the development of the PicknPack project, says Van de Zedde. ‘We will be testing the line on vine tomatoes. This has made it a complex project: a vine tomato is a composite product, after all. Any other fresh product would have been easier.’ The project is currently at a halfway mark. The line is being constructed in Wageningen and will be demonstrated to the public in 2016. PicknPack will be able to grade vine tomatoes (based on camera images), and pick up move and package bunches of vine tomatoes.

Attempts to promote the development of the robot for the horticulture industry aren’t limited to the European Union; several years ago the Japanese government funded the development of a horticulture robot, too. This strawberry-picking robot was able to harvest 60 per cent of the red strawberries, at a rate of only 9 seconds apiece. The Spanish Agrobot has been equipped with several picking arms, further increasing its productivity.

The EU aims to ensure that more and better robots are developed. However, this does not mean that there are no horticulturists already making use of robots. Rose grower Leo van der Harg purchased the Rombomatic a decade ago to clip cuttings from rose stems and subsequently plant (or root) them. The robot was designed by the firm of Jentjens, which was taken over by Irmato in 2013. This company was also closely involved in the Crops Project , a project that focused on the development of harvesting robots for various types of crops, such as apples and sweet peppers.

The Crops Project was a good starting point for the further development of harvesting robots, according to WUR researcher Jan Bontsema. Crops showed that greenhouses will need to be organised differently to facilitate the successful implementation of robots. Robots, for example, see crops only from one side. They therefore tend to overlook fruits that are hidden or even partly concealed behind leaves. This means that they would have to be able to approach a crop from both sides. Greenhouses will need to be prepared for this.

Such aspects are taken along for consideration in the follow-up to Crops: Sweeper. This research project was launched at the beginning of 2015 and receives European funding. ‘The Sweeper project explicitly takes the crop into consideration,’ continues Bontsema, the project’s leader. ‘This is why it is so important that growers are also involved in the development of Sweeper.’ A study will be conducted at the De Tuindershoek sweet pepper farm in IJsselmuiden during the next few years to discover how a greenhouse should be reorganised to make Sweeper a success.

The harvesting robot itself will also be subject to redevelopment. Bontsema provides an example: ‘In the Crops Project, sweet peppers are harvested using two ‘fingers’ and a pair of scissors. The robot therefore needs to know exactly where the stem is located, a task which it doesn’t always perform successfully. Sweeper is currently testing a ring to capture the sweet pepper. This ring will make it much easier for the robot to find the stem.’ The Sweeper robot should be ready to market in a few years. Bontsema: ‘Our goal is to build a fully operational robot within the next three years. The next step will then be for our partners to bring it to the market.’

The crux of the matter is: will such a robot be a financially attractive alternative for growers? This is quite a difficult question. Van der Harg: ‘Thanks to this robot, I need fewer people to make and transplant the cuttings.’ Saving on labour costs is, of course, the foremost argument in favour of buying a robot. For this purpose Wageningen UR developed MARVIN™, a robot that can inspect and grade 19,000 tomato cuttings per hour, thus replacing a work force of 27. Besides MARVIN™, the Enschede-based firm of Demcon recently announced a new harvesting robot. The newspaper header read ‘Asparagus robot at DEMCON Enschede does the work of ten people’

Van de Zedde says that it is still only in a few cases that the investment costs of a robot can actually be earned back by cutting labour costs. ‘That will only be possible if your product is available for longer than just a season, and if the robot can work for 24 hours a day. An apple-harvesting machine, for example, can only be deployed for a few weeks every year. An investment in a robot like that will only be profitable if it can perform other tasks for the remainder of the year.’ This is precisely what makes the idea behind the Sweeper robot: it can perform its tasks on almost a year-round basis.

What is at least as important is the uniform quality of work performed by a robot. After all, if you tell a robot to cut roses 70 cm in length, it will keep on cutting 70 cm roses until there are none left, night and day. When you tell a person to perform the same task their enthusiasm for the task is bound to wane after some time. However, there are tasks that a human can execute far better than any robot. Van de Zedde: ‘People are very sensitive to deviations. This is why so much of the labour carried out in the horticulture industry is manual: people are very good at that.’ Piet Oomen of the ISO Group: ‘One of customers decided at one point to outsource his production to Africa, where labour is much cheaper. However, he recently returned to the Netherlands and has started using robots.

Additionally, a robot enables you to take an entirely new approach to growing fruit and vegetables. A mobile cultivation system with the deployment of a robot would be a very sensible idea, for instance: after all, a robot that has to continually move about from plant to plant (instead of the other way around) is, of course, much more susceptible to malfunctions than a stationary one.

Also, using robots will allow for a different business model. Van de Zedde refers to the Japanese market, where strawberries are sold as if the were bonbons: completely uniform in size and ripeness, and sold in posh packaging, Japanese Grade A strawberries can easily be harvested by robots. Those robots do not have to harvest 100% of the strawberries that match the Japanese criteria; whatever remains on the plant can be picked by people and will be marketed through other channels.

Opportunities abound. And there will be even more in the future. Van de Zedde has high hopes for plant phenotyping, for example: the assessment of the quality of a crop or product, based on its external traits for selection. Wageningen University and Research Centre is currently conducting a study into its possible applications, e.g. to monitor quality in the chain.

It is self-evident that many of the current developments feature the tomato as their test crop: it is a popular vegetable fruit that is produced by a relatively large number of growers. It also comes as no surprise that a relatively large amount of research is conducted on field produce. Thousands of hectares in Europe are dedicated to the cultivation of broccoli, for instance. A broccoli-harvesting robot would therefore also have reasonable chances of success.

Van de Zedde proposes that the successful implementation of robots in the horticulture industry depends on a handful of entrepeneurs: are they willing to rearrange their greenhouses in such a way to make the deployment of robots a profitable venture? Large-scale growers will be the first to consider a robot. ‘If you are a front-runner in a particular industry, your chances of profitability following the introduction of new technology will be greater. The ones to introduce new technology to the market will therefore always be its pioneers. I expect it to take another five to ten years before robots become the standard in the horticulture industry.’ 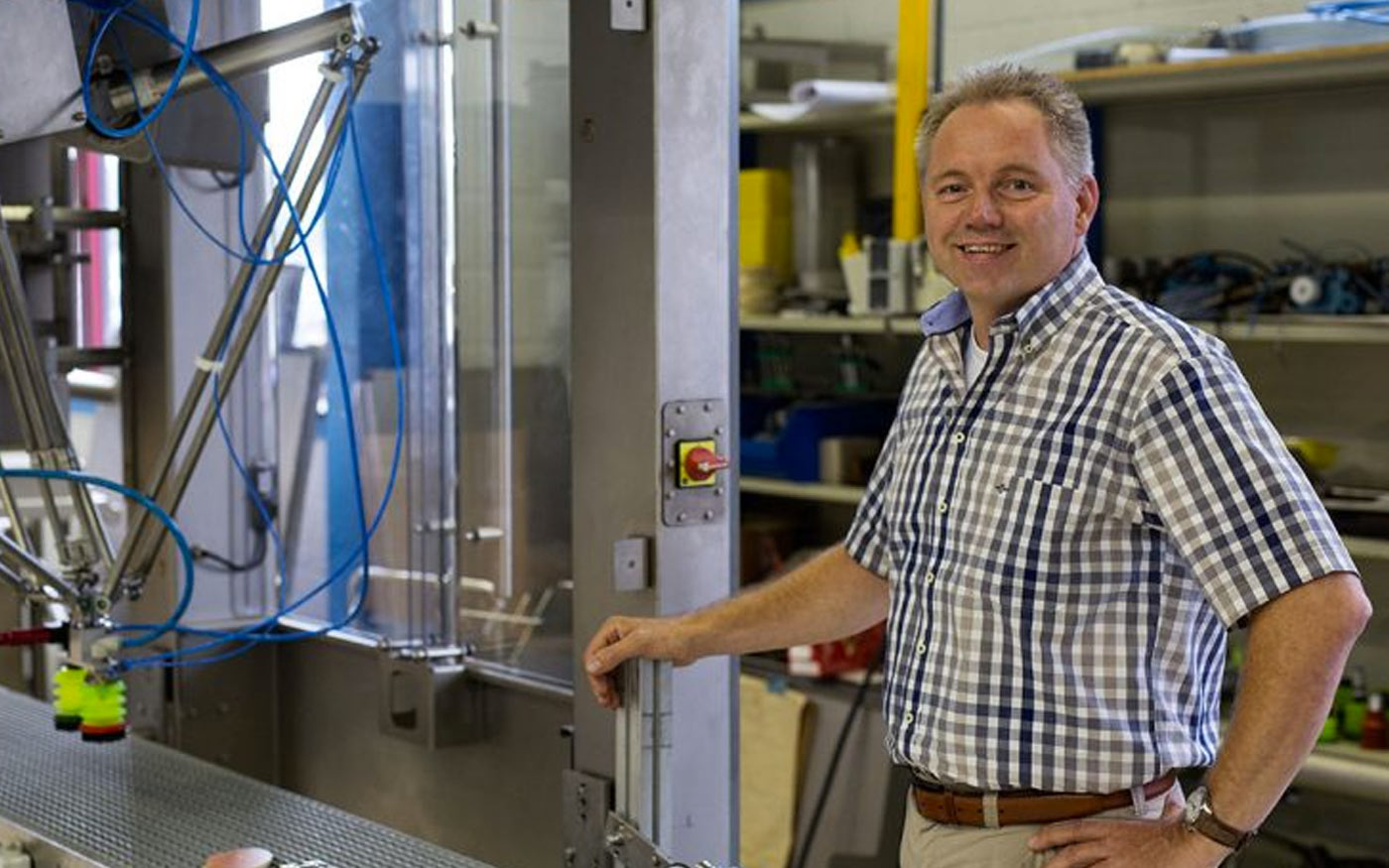 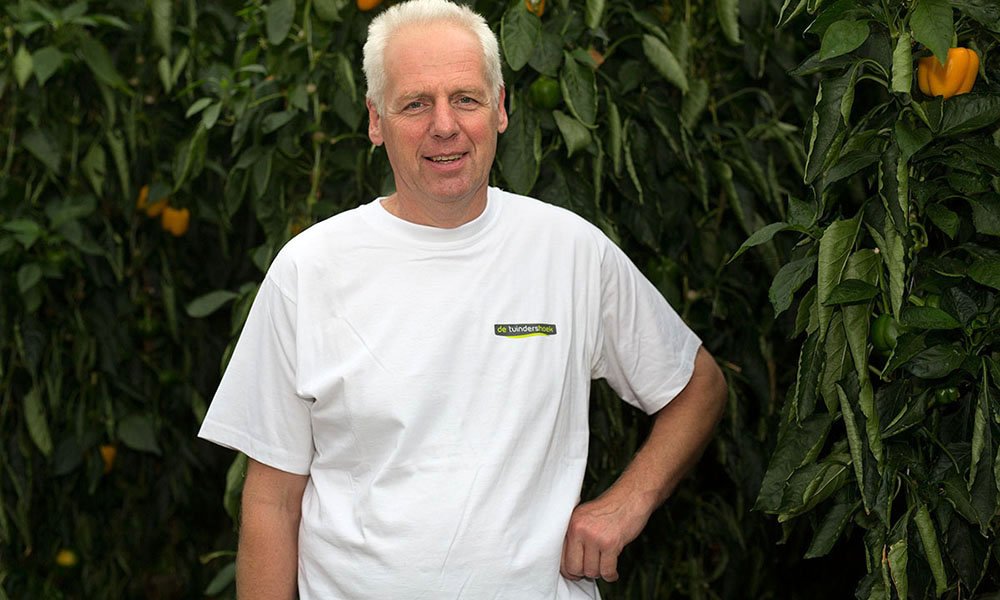 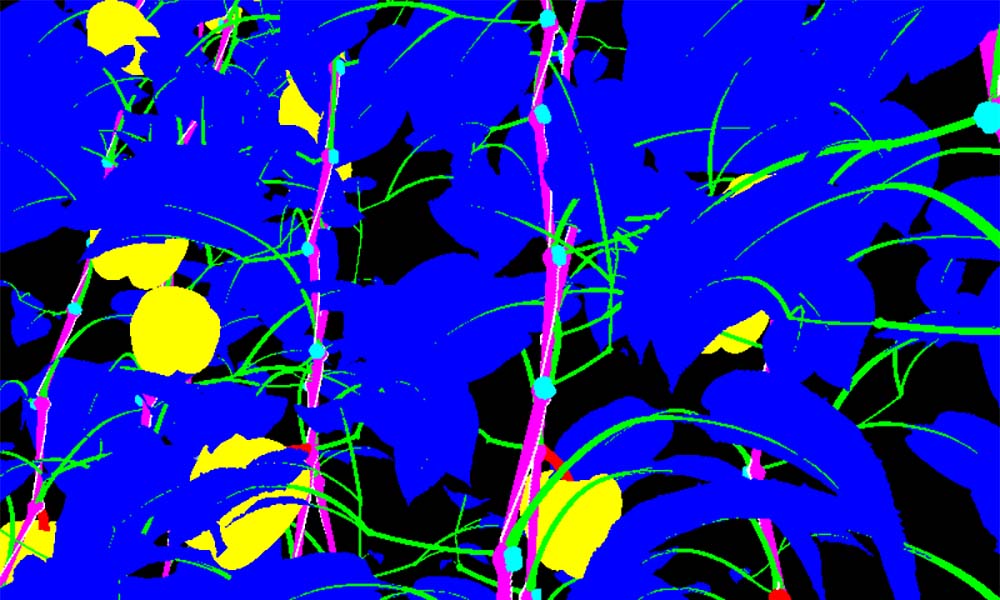