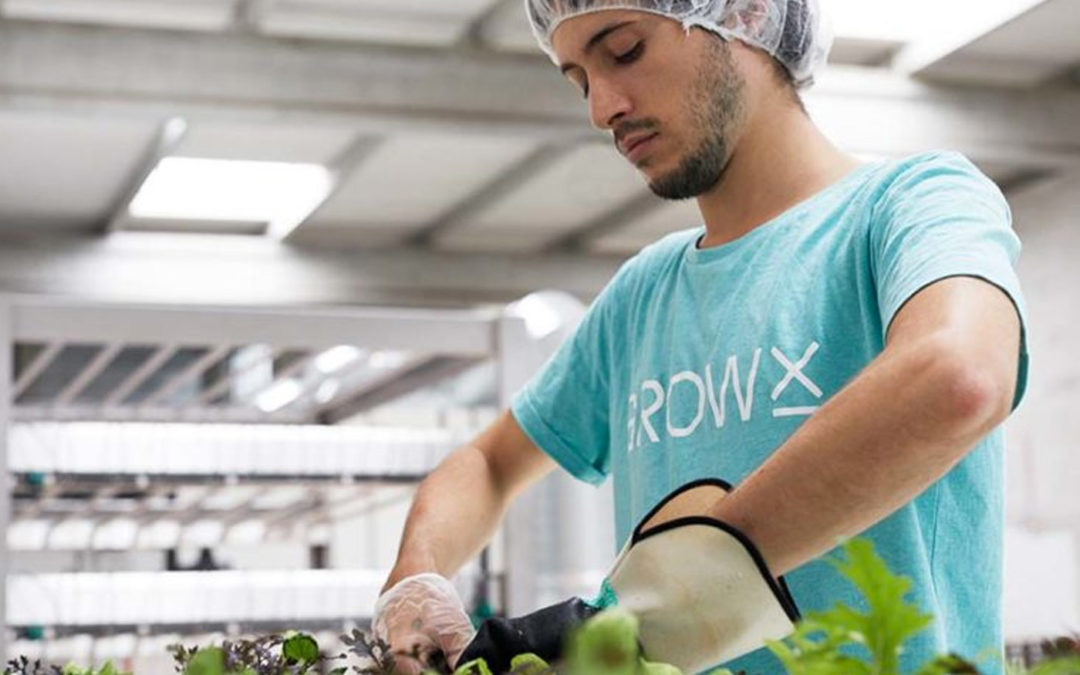 GrowX officially opened the first ‘high-tech vertical farm’ in Amsterdam on 1 November. The company grows various types of vegetables in a ‘food flat’ situated in a corporate building on the Amstel III business park. Amsterdam encourages these urban farming initiatives, with the goal of bringing freshly grown products closer to consumers.

The common goal shared by the Municipality of Amsterdam and GrowX is to be able to offer half the population of Amsterdam vertically grown vegetables by 2025. Through this initiative, this city aims to be a worldwide pioneer. The surface area of GrowX’s vertical farm is currently 250 m².

GrowX currently supplies several top-class chefs and high-end restaurants with its vegetables. “We aim to expand our vertical farm to 2,000 m², which would enable us to supply half the population of Amsterdam with sustainably grown vegetables, cultivated via vertical farming technology, by 2025”, explains Michel Visser of GrowX.

According to Visser food shortages could become alarming in the future. This could be due to the rapid growth of cities and the population. GrowX believes that it is crucial that we do not develop a dependency on the import of fresh vegetables, which is paired to such negative factors as more transport movements, fuel costs and higher CO2 emissions. Besides that, you can’t really call vegetables that are shipped to you from many kilometres away fresh anymore, claims Visser.

“Vertical farming is carried out in the urban environment, which means less travel time for your tomatoes, for example. Vegetables grown on a vertical farm are cultivated in a high-tech closed system. You can create ideal circumstances here, and as a result harvests are fool-proof. Climate control also renders the use of pesticides obsolete. This means that rinsing and re-rinsing will no longer be necessary. As a result, vertical farming will also save lots of water”, continues Visser.

Taking into consideration that the vegetables are grown in layers above one another, space in the city is also used to optimum advantage. The initiators believe this to be a situation that offers only advantages. They call the Netherlands a pioneer in the field of knowledge and innovation in agriculture. Amsterdam aims to become the first city in the world where vertical farming will feed half its population. Start-up GrowX is an initiative launched by American John Apesos and chemical technologist Jens Ruijg. 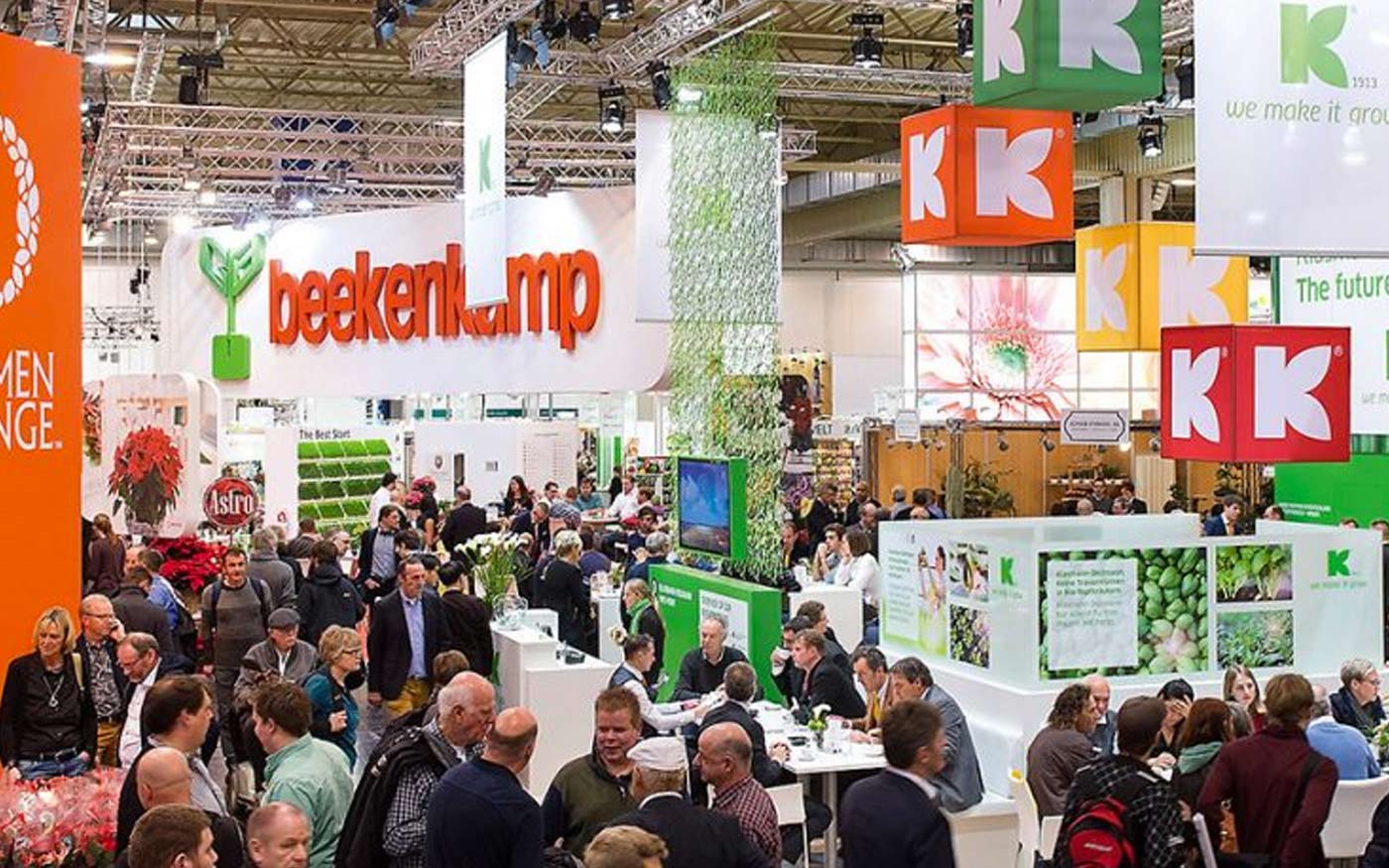 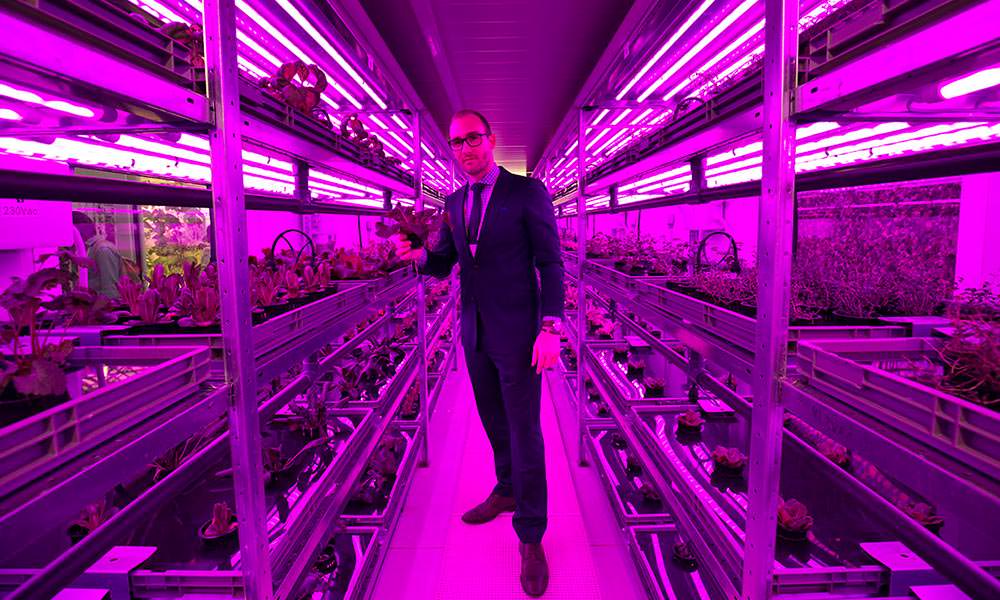