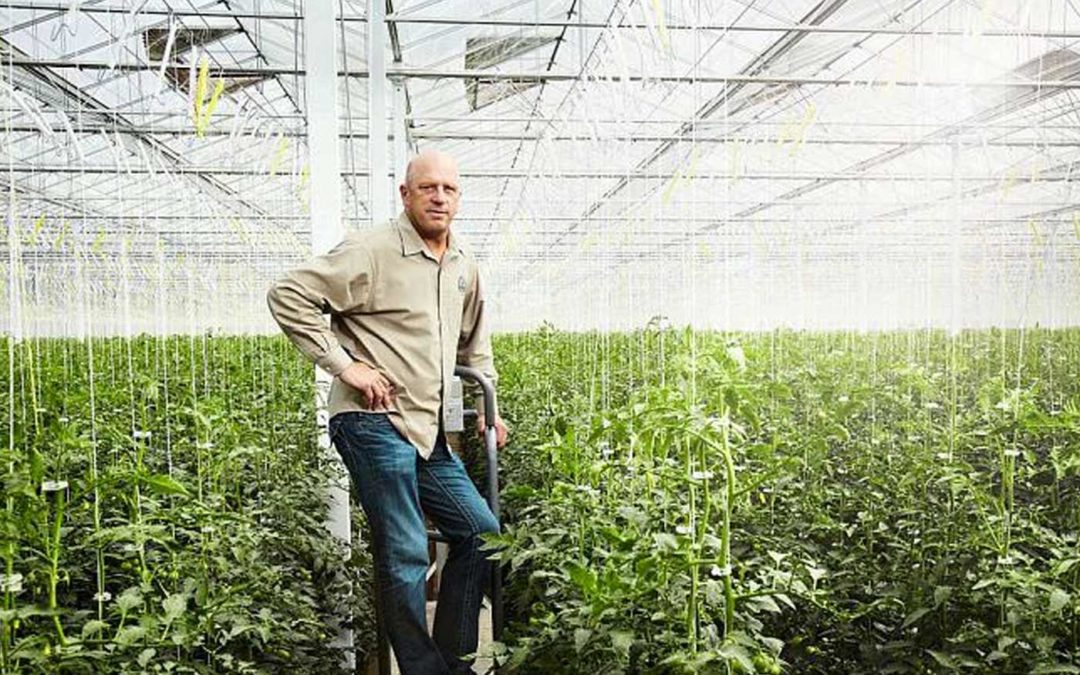 Houweling’s Tomatoes in Camarillo, California has been showered with awards for its sustainable approach. Many of the techniques for saving water and energy are new to the American horticulture industry and a source of inspiration for fellow companies.

“Going green” can be a successful economic strategy that leads to sustainable growth, the jury said at the presentation of one of those awards. That accurately sums up the vision of Casey Houweling, owner of Houweling’s Tomatoes. “What sustainability is to us is a combination of caring for our planet – which we will leave to our children – and commercially viable solutions for growing healthy, delicious tomatoes,” says the grower.

In this family, the innovative entrepreneurial spirit is passed from generation to generation. His father, a Dutch immigrant, built a horticultural company in British Columbia with years of hard work. Son Casey continued where his father left off and now has locations in Canada and the USA. While the company may now be significantly larger, one thing has not changed: the ambition to be in the vanguard of sustainability and produce top quality tomatoes.

The location in Camarillo has 125 acres of greenhouses, with around 40 acres’ worth of the semi-closed type that have few windows that open and instead have air handling units to regulate the greenhouse climate. “This type of system makes use of many fans which requires considerable additional electricity,” says Richard Vanderburg, energy and water conservation manager. “That is why we installed five acres of solar panels over the water basins in 2008. This was attractive because the State of California provides a 50% subsidy.”

“What sustainability is to us is a combination of caring for our planet – which we will leave to our children – and commercially viable solutions for growing healthy, delicious tomatoes.”

Until then, the heat required for the greenhouses had been provided by gas boilers, but that is not the most efficient use of energy. “With a combined heat and power (CHP) system, because it simultaneously produces heat, electricity and CO2, you can utilize practically 100% of the energy. There is no longer any waste. We have Casey Houweling’s enthusiasm to thank for the fact that we now have three 4.4 MW CHP units.”

The cogeneration technique is still not all that common in the USA. The technique has been used for the combustion of gas extracted from garbage dumps and waste-water treatment, but it is virtually unheard of in horticulture.

Selling back to the grid

Purchasing the CHP system was the easy part. “Much harder were the negotiations to sell the generated electricity back to the grid. The regulatory environment was difficult. It took us three years to win that battle,” says Vanderburg.

Another challenge was the interplay of boiler, combined heat and power units, solar panels, heat storage and assimilation lighting. “At certain times, exporting to the grid has a strong commercial position – in the summer the peak rate period is between noon and six in the evening – so we run the CHPs at their maximum and we can make good use of the produced CO2 at that time. Export is therefore given priority over our own use, for lighting as an example. The heat is stored in the buffer. The buffer charging must be done in such a way that the CHPs can run at full capacity during the lucrative hours. If, on the other hand, the heat demand cannot be met entirely with the CHPs, the boiler has to kick in,” he says.

Designing a system to control all this is very complicated, and therefore Houweling’s called in world-class specialist Priva. The choice was made for a very user-friendly solution. Everything is presented graphically on the computer screen; this insulates the operator from most of the complex process coordination taking place in the background. “There is very little that has to be done manually,” the manager realizes. “And the system stores all the data, which is useful because we not only need it for our own analyses but also for the energy subsidy. Working with Priva has been a pleasure. Project engineer Richard Zeeuw found smart solutions to meet all of our needs and made it very easy to operate.” To integrate all the new technologies, John van der Wilk of Priva Business Solutions was closely involved in discussions with the local power company and the contractor.

Houweling’s is not only very progressive in its approach to energy but also in how it handles water. “Water scarcity is a major and ever-growing problem in California. We do have our own well, but we are only allowed to extract a limited amount of groundwater,” says the manager. “Therefore we capture as much water as possible. We harvest rainwater from the roof, and we collect the condensation water from the CHPs. We don’t waste a drop here.”

The plants get the water they need: with the Priva computer we can dose the water based on the measured evaporation, enabling us to provide the exact amount of water needed. The evaporation is measured through continuous monitoring of the weight of the substrate mats. The drain water is recirculated to the extent possible, and potential contamination issues are ruled out by disinfecting the return water before reuse.

This efficient use of water has also played a role in the sustainability awards the company has received. “We do everything possible in the current situation,” tells Vanderburg. “But we are already pursuing a new initiative: obtaining purple water from the treatment plant three miles away. That water is currently being discharged to the ocean after treatment, but we could put it to good use. With reverse osmosis we can make it suitable for cultivation. In time, this could completely offset the water we currently extract from the well.” 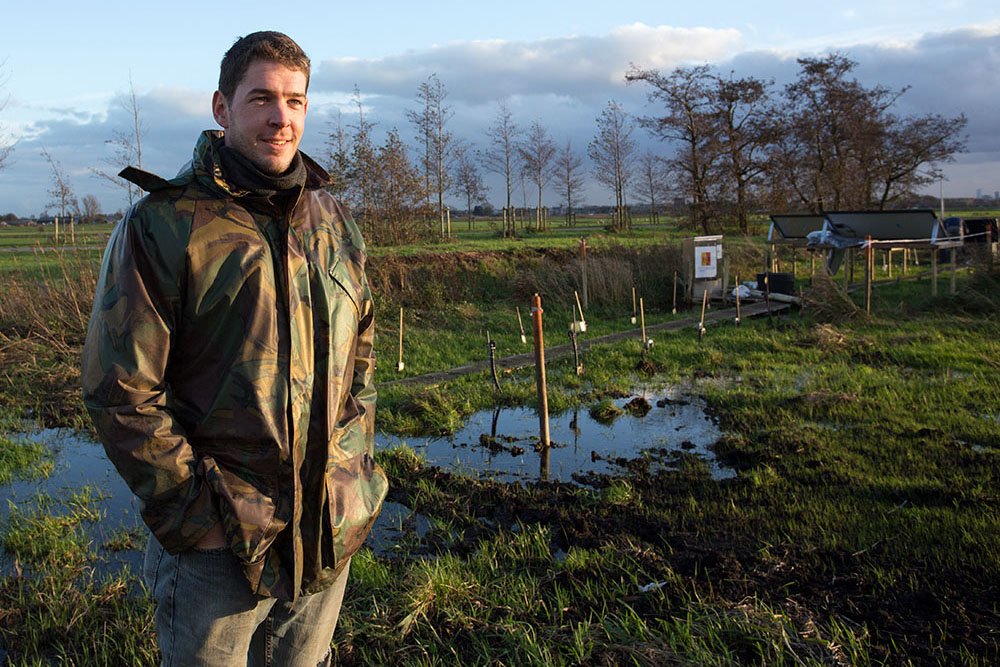 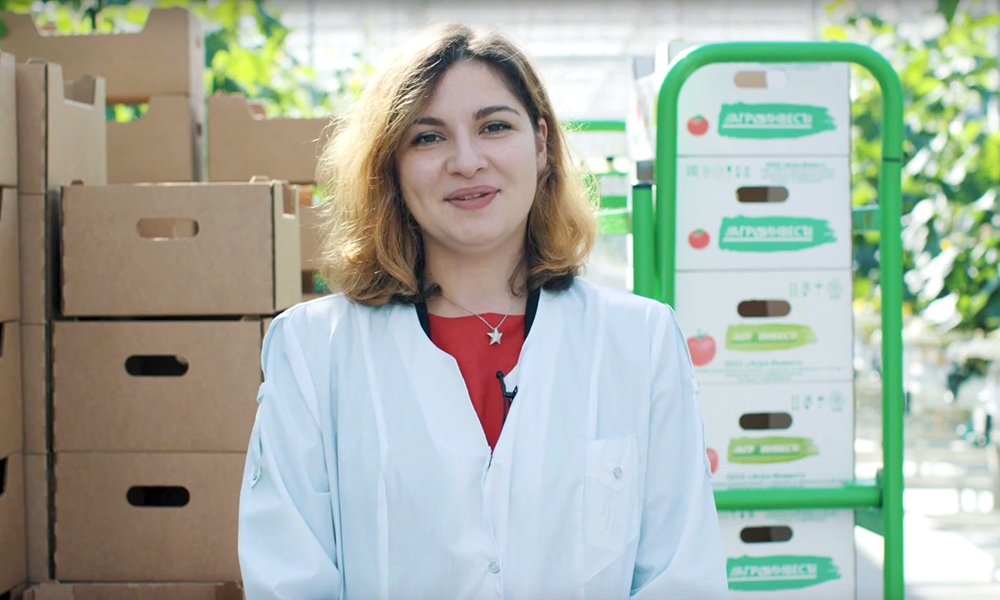 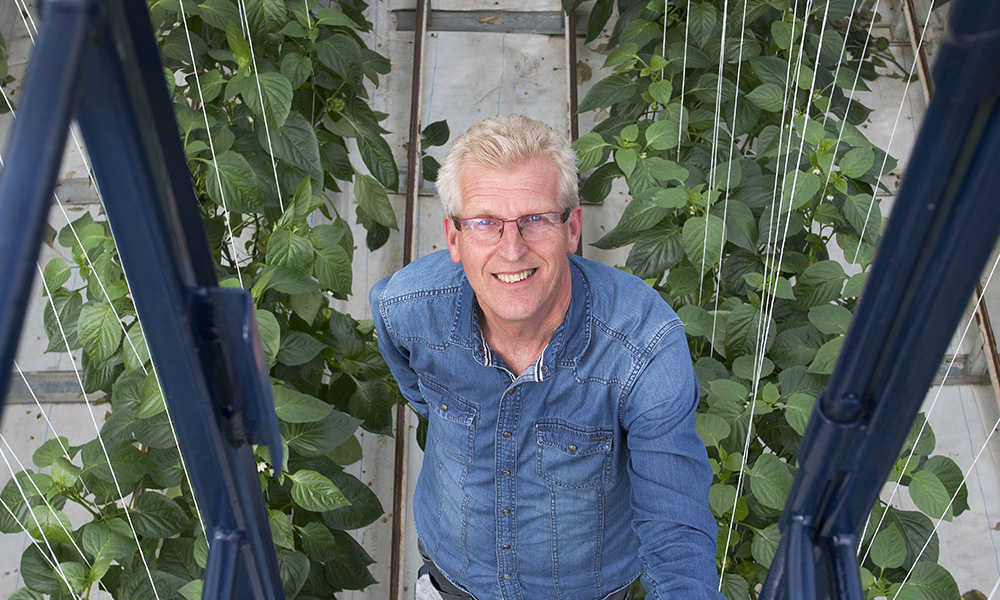