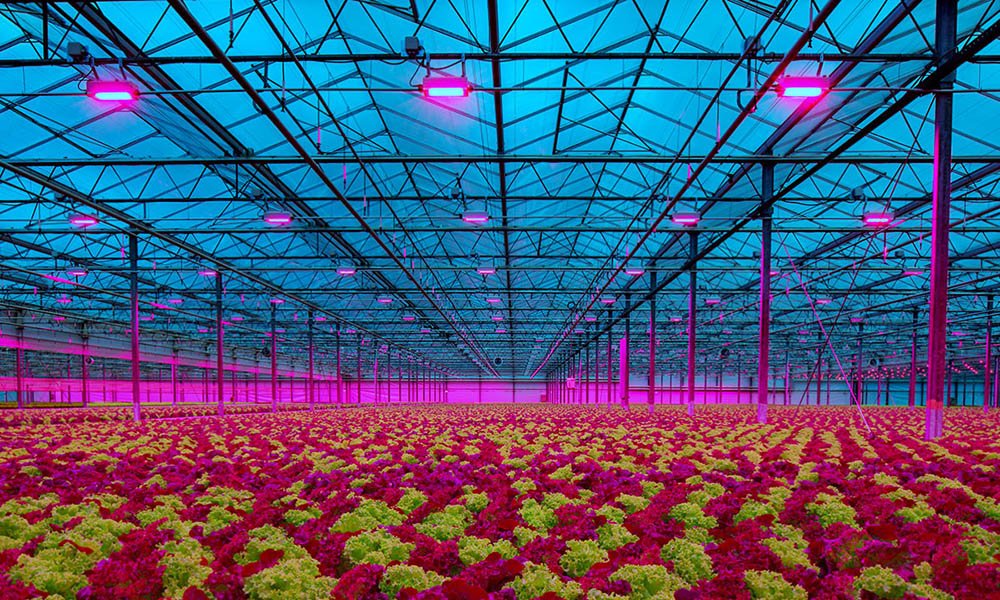 Arjan Boer of the Boer & Den Hoedt lettuce farm in Ridderkerk has been using the latest generation Lemnis Oreon LED lighting for the past two years. As a result, he loses fewer plants and is able to deliver premium quality lettuce all year round, even in winter. ‘Our lettuce even tastes better than ever before.’

Almost six year ago today, Boer & Den Hoedt was one of the first lettuce farms in the Netherlands to start using LED lighting. Co-owner Arjan Boer currently has three generations of LED lighting in his four-hectare greenhouse, in addition to a big section that is still illuminated by SON-T lamps. These are, however, due for replacement. Investment costs for LED lighting are high – almost three times as high as for SON-T lamps – but Arjan Boer assures us that the benefits far outweigh the disadvantages. We ask him to explain this to us in greater detail.

One of the unique features of the Oreon Grow Light 2.1 – Lemnis Oreon’s latest generation LED lighting – is the water cooling system, which prevents any excess heat from being discharged into the greenhouse. As a result, crops can be illuminated longer than when SON-T lamps are used, and greenhouse windows can remain closed for longer periods of time. All of this produces positive effects on the quality and growth rate of the lettuce grown at Boer & Den Hoedt.

‘When you use SON-T lamps, the temperature becomes too high, which you have to counter with extra ventilation and an ensuing loss of CO2.’

‘Quality is our highest priority,’ explains Arjan Boer. ‘We aim to grow a consistent quality of lettuce all year round. With these LEDs we can illuminate the crop from September through April. When you use SON-T lamps, the temperature becomes too high, which you have to counter with extra ventilation and an ensuing loss of CO2. With this LED lighting system, heat is discharged to a heat pump. We use the pump to upgrade the heat for use later on. We can use it to heat the greenhouse, or to raise the temperature of our irrigation water.’

According to Koen Brabander of PB Techniek, who initially installed the Lemnis Oreon LED lamps, there are even more advantages to the water cooling system. ‘It allows more LEDs to fit in a light fixture, and they give a lot more light. This means that you need fewer light fixtures, which in turn results in less unwanted shade.

Brabander explains that LEDs are also more efficient than SON-T lamps. ‘LEDs emit 2.6 micromoles per second per Watt, while SON-T lamps emit only 1.8, approximately. This translates into electricity savings of 30 – 40%. LEDs also have a longer useful life than SON-T lamps. We think that water-cooled LEDs will last 10 to 15 times longer.’

Boer expects to earn back his investment in six to seven years, despite the high price of 60 cents per micromole. He has distributed the latest generation LED at a distance of one lamp for every 18 m2. According to Brabander, most lettuce growers started with 40 micromoles emitted by SON-T lamps, and the current standard is 80 to 100 micromoles using LED lighting. Some growers even use 150 micromoles of LED light on their lettuce crops.

Apart form the illumination level, wavelength is also important, says Brabander. ‘At Boer & Den Hoedt we use 90% red and 10% blue light. This LED recipe is the product of many years of testing. Tomato growers often use 95% red and 5% blue light. There’s still a lot of research being done to identify optimum wavelengths. In two years, these studies could reveal that crops will perform better under more blue or green LED, for example, but we don’t know that yet.’

‘It saves energy, improves quality and increases production. Additionally, it has reduced plant loss by 10%.’

Boer confirms that his experiences with LED lighting have been very positive. ‘It saves energy, improves quality and increases production. Additionally, it has reduced plant loss by 10%. Our lettuce even tastes better than ever before. We keep abreast of all the latest developments, such as the LED tests currently being conducted in Bleiswijk. We plan to do some tests ourselves, with a different kind of LED light. The entire spectrum is represented in sunlight. Lettuce performs well when illuminated by blue and red LED lighting, but who knows? It could even get better! Of course, that’s the challenge. We want to get the most we can out of it.’

Boer & Den Hoedt grows its lettuce under diffuse glazing on mobile gutters, making it one of the most modern lettuce farms in all of Europe. The farm also uses robots that move the young plants to the cultivation area. Sustainability is also a key concern at Boer & Den Hoedt. The irrigation water is recirculated by 100% and the greenhouse features both a double screen and air handling units. Also, Boer & Den Hoedt started growing its lettuce according to Wageningen University Research Centre’s Next Generation Cultivation principle five years ago on account of the energy savings this would enable the growers to achieve.

Roughly twenty-five per cent of Boer & Den Hoedt’s harvest consists of root ball lettuce (lettuce trio) and the rest of several varieties of cut lettuce, including lollo rosso, lollo bionda, oak leaf and frisée. The products are sold directly to supermarkets in the Netherlands, Germany, Scandinavia and the Far East. 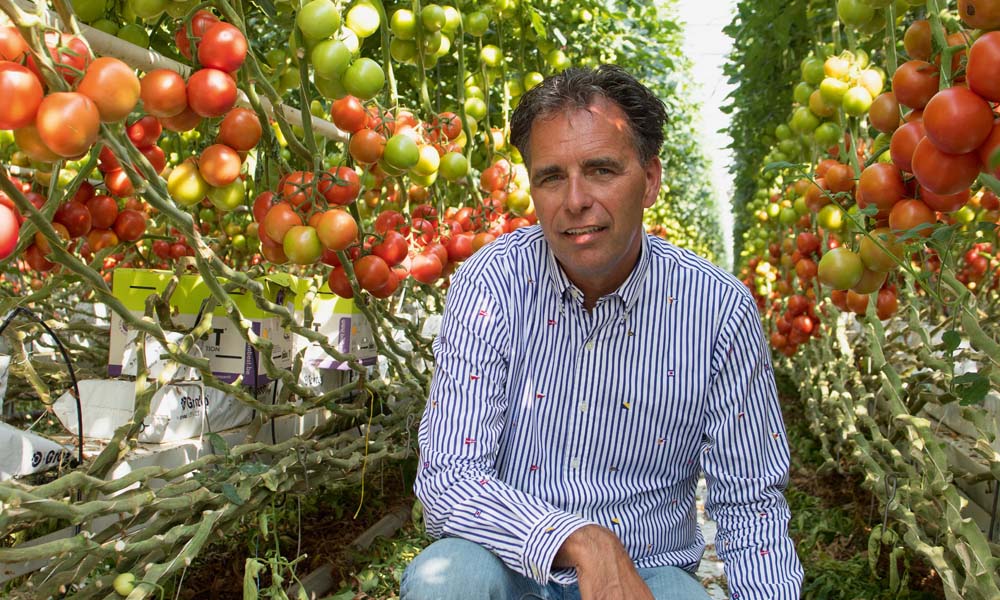 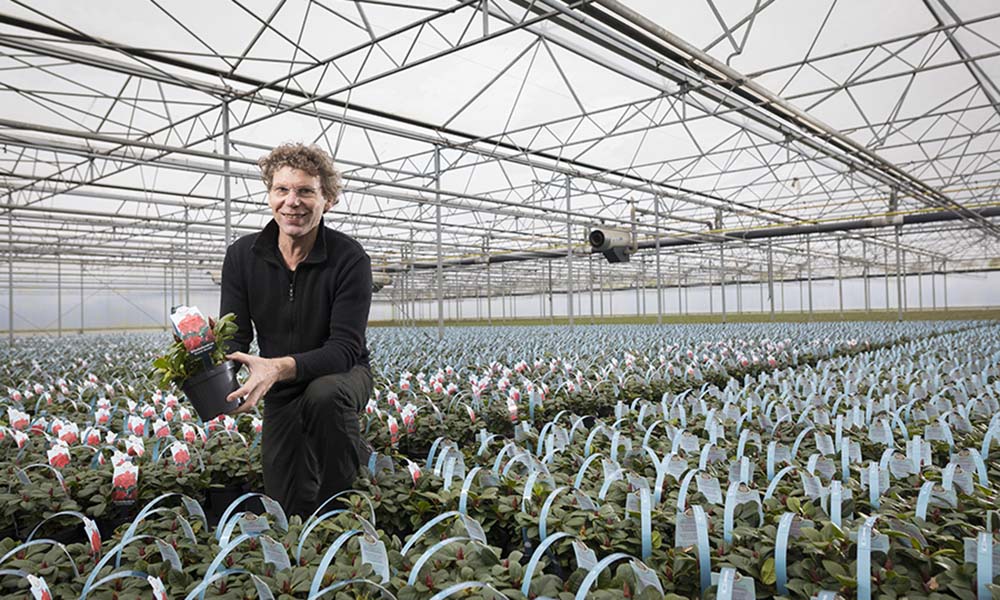 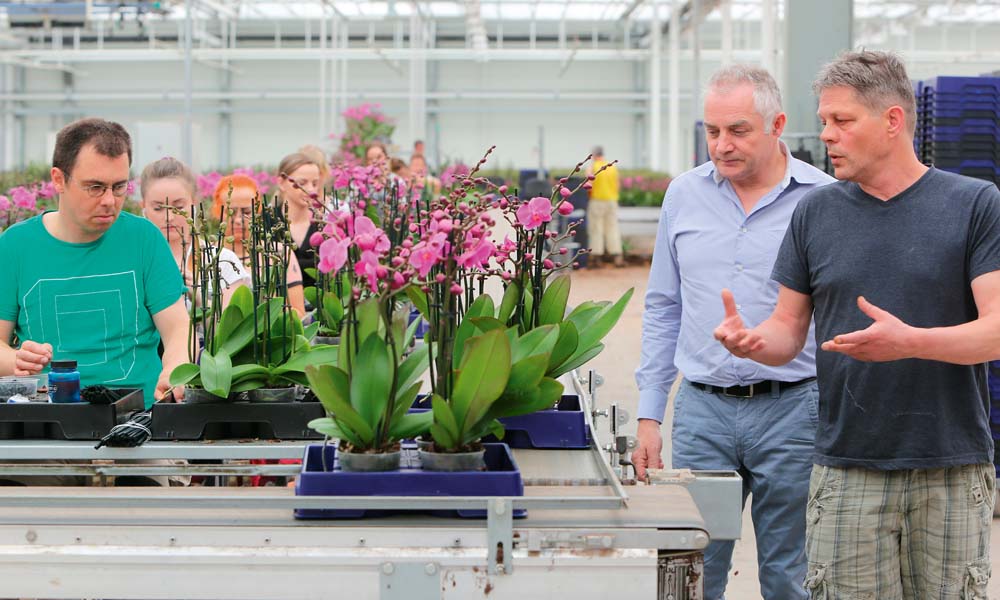