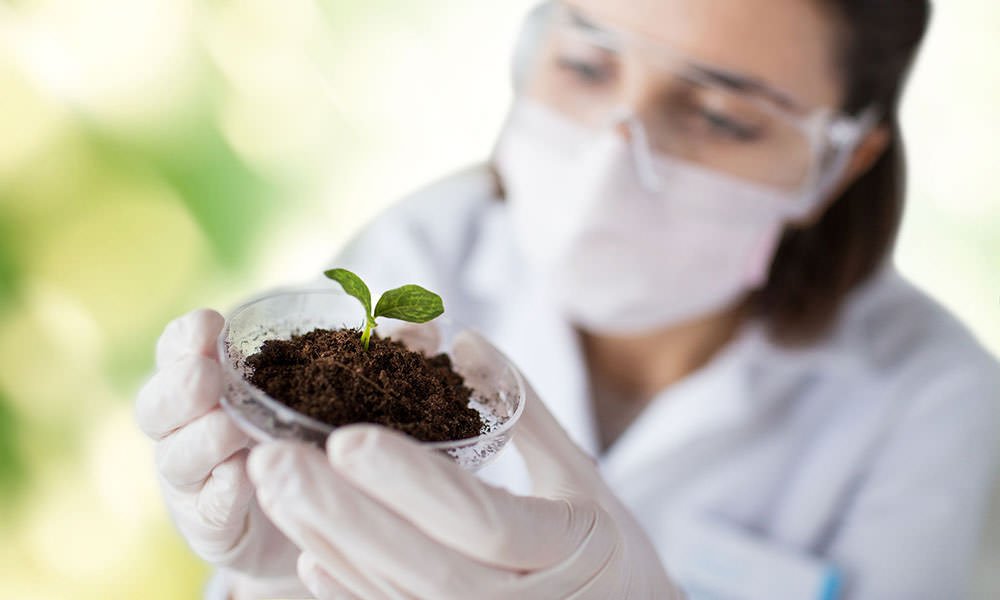 Resilient crops and robust cultivation systems are in the spotlight these days. We want plants that are tough enough to withstand disease from mere contact with a fungus, virus or bacterium. Researchers and the corporate community have joined forces in the quest for increased crop resilience.

Increasing consumer demand for environmentally-friendly grown and residue-free produce is putting the use of chemical crop protection agents under pressure. At the same time – or in connection with this – an increasing number of crop protection agents are no longer available. The horticulture industry is therefore hard at work searching for alternative ways to protect crops from pests and diseases.

What does resilient mean?

Resilience is a modern name for a natural way of being that has almost been forgotten. For many years, the necessity of crop resilience was relegated to the background with the advent of chemical agents, while the intensification of horticultural crop production was placing a more strenuous burden on crop health at the same time. Cultivation methods, the speed at which crops are produced, the larger number of plants being grown, the greenhouse climate, varietal selection and the use of chemical crop protection agents have all been instrumental in the extent to which plants are resilient and susceptible to disease and damage.

Now that sustainable cultivation has become a market criterion, plant resilience is quickly gaining in importance. Additionally, due to the increasingly narrower package of chemical agents available today, treating your crops with chemical agents no longer as self-evident as it was a few years ago. As a result, plant resilience is becoming an increasingly urgent point on the agenda. At the same time, there is a large group of growers who don’t find the problem to be as pressing: ‘We still have chemistry, don’t we? There must be some adjustments that can be made.’

The number of activities and studies currently focusing on ways to increase plant resilience – and therefore reducing plants’ susceptibility to pests and diseases – is astounding. The numerous studies are being regarded with great interest. They are receiving financial support from governmental institutions and applauded by environmental and social organisations. If we are successful in increasing plant resilience, our faith in healthy cultivation without any need for chemicals will surely increase.

Plant resilience is, however, very difficult to measure. Methods used for this include scouring for symptoms of disease, measuring spore impact or conducting tests for disease on flower and plant materials (bio-testing). A proposal was submitted at the ‘Topsector Tuinbouw en Uitgangsmaterialen’ summit for horticulture and plant materials held in September 2015 for in-depth research into the measurability of plant resistance.

Influence of light and substrate

Parameters are being sought on a diversity of fields to influence plant resilience. A connection has been discovered, for example, between plant resilience and light. Red light, far-red light and UV light all have an effect in the immune system. Studies into plant resilience in relation to light have been conducted at the initiative of Philips and Wageningen University and Research Centre (WUR). One of the conclusions is as follows: ‘We know from literature that light is not necessary for assimilation alone; those parts of a plant that are exposed to sufficient light are less susceptible to mildew, for example.’

Several studies are investigating the effect of substrates on plant resilience. A perfect example is injection with rhizobacteria. This natural enrichment of substrates, called Induced Systematic Resistance (IRS), has been noted as highly promising by the WUR research staff. Additionally, endophytes – micro-organisms – are also being investigated as an alternative for boosting resilience. Another factor to take into consideration involves plant strengtheners, such as seaweed, mineral oil, fatty acids, garlic and fungus spores.

The end of 2014 saw numerous proposals for fundamental research being submitted to the Netherlands Organisation for Scientific Research (NWO Green) within the framework of the ‘Topsector Tuinbouw en Uitgangsmaterialen’ summit. One of the studies given a green light was a project investigating plant resilience in chrysanthemum cultivation. The study focuses on how the inoculation of sterilized soil media with soil micro-organisms affected the sensitivity of above-ground pests. The research objective was to develop soil inoculants that could be used to promote resilience in cut flower varieties against diseases and pests in the soil as well as above the ground.

An in-depth research report recently published by a team of WUR researchers, ‘Resilient substrate’, discusses the prospects of resilient cultivation. According to this report, the viability of resilient cultivation is not only confirmed by facts derived from scientific literature, but also by the practical experiences of growers. Increasing plant resilience via the substrate is anticipated to become an increasingly important aspect to take into consideration in combating above-ground pests and diseases. Nutrients in the soil have a direct as well as indirect influence on the resilience of a crop against a diversity of pathogens. The quality and amount of organic substances are key factors in determining the composition of microbial soil life and, as such, crop resilience. Soil life is influenced by organic additives in the form of compost. The type of substrate also plays an important part in this. Coco is rich in bacteria, fungus and protozoans, for example, while rockwool contains mainly bacteria. It is highly probable that not all substrates have the same potential for resilience. Case studies have confirmed this. Cucumber plants grown on champost substrate mats (a residual product from the mushroom sector), for example, are less susceptible to Pythium and mildew. Crops grown on this substrate, which has a hight organic substance content and contains numerous active micro-organisms, will therefore be more resilient.

Researchers have noted that the number of studies demonstrating the impact of the substrate on above-ground pests and diseases is still limited. Apart from that, the effects are not yet conclusive enough to enable this method to serve as an alternative for chemical crop protection. ‘But that’s not what we are aiming for,’ says WUR researcher Jantineke Hofland. ‘We are more inclined to consider this a step towards the full-scale adjustment of the entire cultivation system. Not just one change, but multiple changes at the same time. The entire system needs to be thoroughly reviewed. Now that several studies have shown that plant resilience can be controlled, our research is ready for a next step: the integration of plant resilience into a comprehensive system.’

Resilience in plants runs through two different routes: the jasmonic acid route and the salicylic acid route. These routes are named for the alarm substances produced in a plant following a predator attack. Jasmonic acid is produced when plants are exposed to phloem-sap sucking insects and fungi that kill plant tissue and live on dying plant materials, such as Botrytes and Phytophthora. Salicylic acid is formed following an attack by micro-organisms on living plant material. Examples are downy mildew, powdery mildew, rust and scabies

The plant strengtheners used in practice generally focus on boosting resistance via the salicylic route. The Greenhouse Horticulture division of WUR in Bleiswijk is currently researching plant strengtheners. A study conducted on cucumbers tested eight different plant strengtheners, which were administered preventively by spraying them onto the leaves or pouring them onto the roots. The crops were then injected with mildew. Despite the fact that all the plants were, in the end, damaged by the mildew, it took longer for them be infected.

In early 2015 a grant application was submitted to the Netherlands Enterprise Agency (Rijksdienst voor Ondernemend Nederland, RVO) for a device that would boost plant resilience in greenhouse horticulture. The device is intended to ‘increase the resilience of greenhouse-grown plants against diseases in a biological manner and in which no chemical substances or metals are applied and the use of crop protection agents is reduced’. The device is ‘a system for increasing plant resilience, excluding water storage facilities and irrigation systems’. 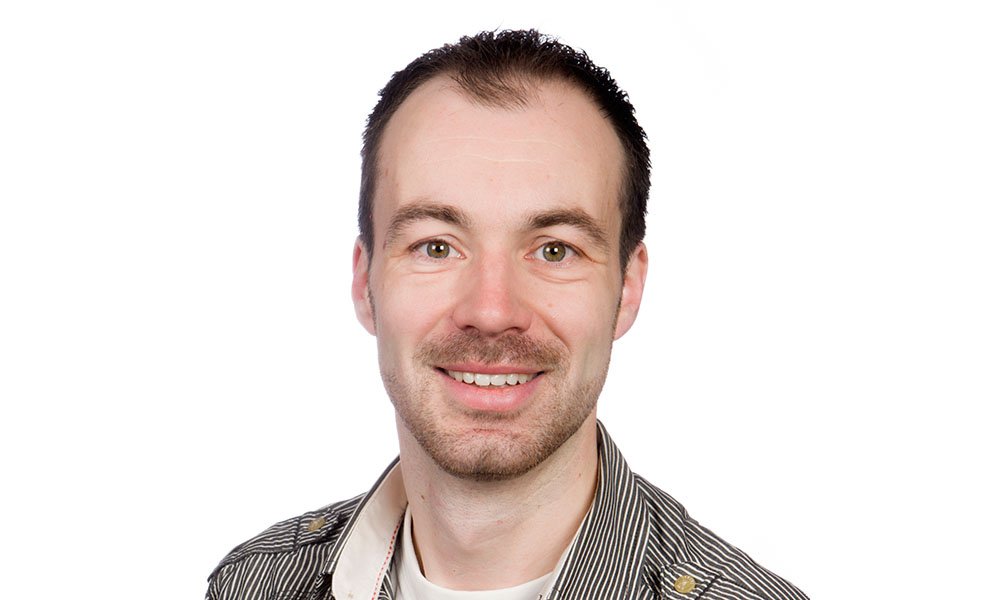 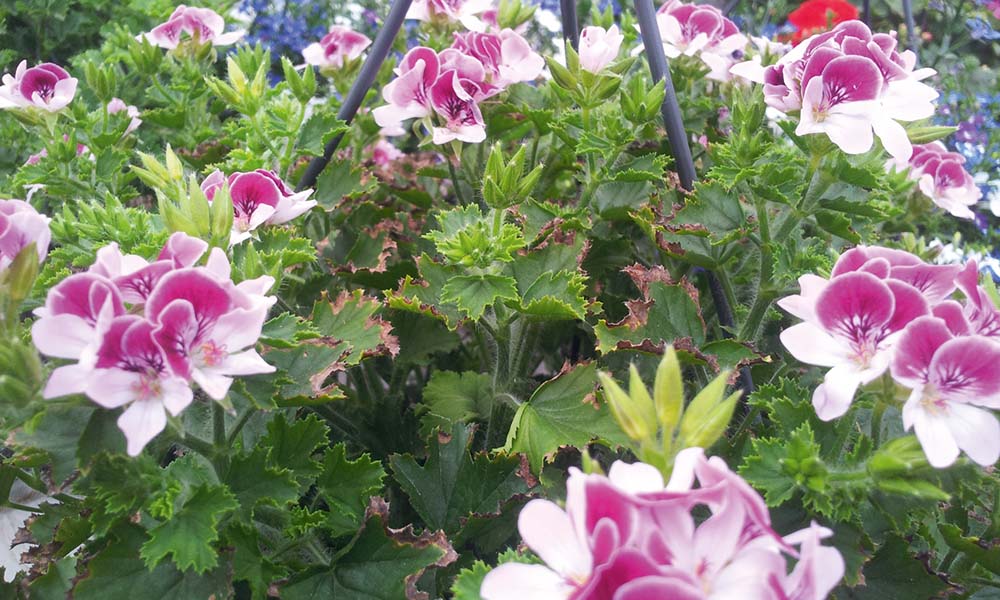 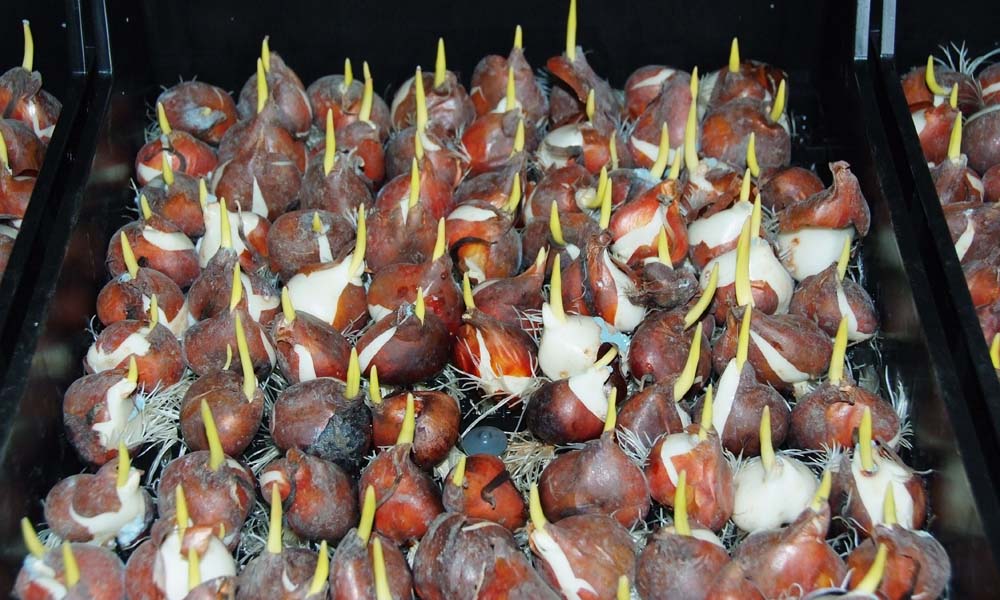