Progress in propagation of phalaenopsis 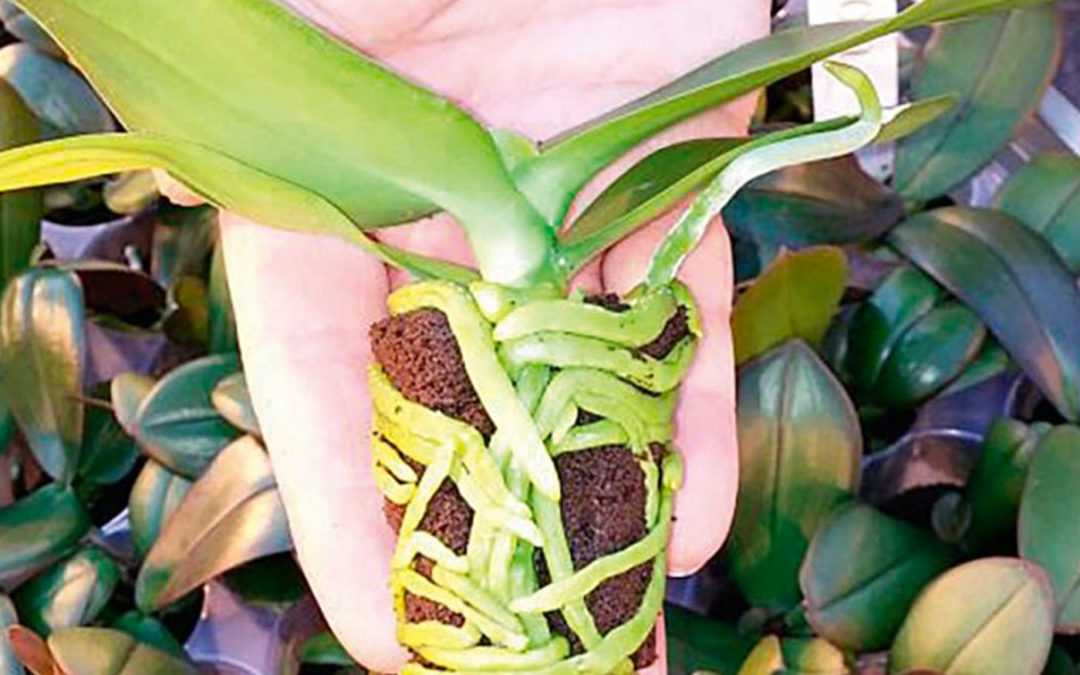 After a run-up of several years breeders and propagators of phalaenopsis are switching over to propagation in plugs. Meanwhile three Dutch suppliers of plugs and trays have developed their own systems. Although the plugs each have their own specific, physical properties, they all fulfil their intended function. Everyone is pleased with the uniformity and fewer losses.
[wcm_nonmember]
If you want to read this content you need a subscription, or log in when you already have a subscription.
[/wcm_nonmember]
[wcm_restrict]
“It’s moving very fast,” says phalaenopsis grower Raymond van der Knaap, of Opti-Flor, Monster, the Netherlands. “It could be possible that all young plants are in plugs within one year.” For years everyone has propagated phalaenopsis tissue culture in loosely filled containers but now the trend towards good plugs and trays seems unstoppable. Both dry and wet plugs are available although sometimes the choice is dependent on the plant supplier.
There are many reasons to work with plugs: Better growth; less damage to roots; control of Lyprauta larvae; automatic sorting and potting; and delivery of uniform plant material. Despite these good reasons it took a long time to arrive at the right system.

Several Dutch companies manufacture plugs for phalaenopsis cultivation, of which three suppliers are dominant. Quick Plug, of Monster, has been working for nearly nine years with breeder Anthura to develop a good plug, the first of which entered the assortment four years ago. The Van der Knaap Group, of Kwintsheul, started to develop a good plug seven years ago and in the meantime the third version is on the market. The company is working on this with breeder Floricultura of Heemskerk. Jiffy, of Hoek van Holland, is developing its own plugs in house. The first product was launched three years ago although the company has been doing research for much longer to find the best composition.

Basket and pricking out tray

Karel de Bruijn is responsible for product development at Van der Knaap. A trial was set up in the company’s trial greenhouse in July 2015 to grow phalaenopsis on a substrate containing 100% coir in the belief that this would be less attractive for Lyprauta larvae. He shows the plug that has been developed – Fibre-Neth Twin 3.0 – which is primarily based on coir. The plug consists of two parts with the tissue culture plant sandwiched in between. A basket made of degradable plastic holds the two parts together. This holder with flat bottom also prevents the plugs becoming damaged when they are pushed out of the trays during singling out.
“This development was started in partnership with Floricultura,” he explains. The breeding company wanted to sell singled-out the plants. Together with a third party, Idea Packaging, they developed the basket and a 72- and 50-hole tray. Before that the breeding company supplied containers of 52 plants, although they only reckoned on 50 plants. In these containers large and small plants were next to each other and the competition accentuated the unevenness in size.

At the start of propagation the breeding company puts the plugs into a 72-hole pricking out tray. Midway through the propagation phase the plants are pushed out of the tray and sorted into small, medium and large. Then for the second part of the cultivation phase the plants are put into trays with 50 holes. In this way it is possible to separate the small and large cuttings and grow on the stragglers for a little longer. It is an extra task but it yields uniform plants.
The breeder recently supplied the last pricking out containers. As from December the company has completely switched over to supplying plugs. “It took quite some time before the growers were convinced that plugs are a good alternative to propagation material in containers,” says De Bruijn. “That’s because it takes somewhat longer before you see the root growth. And it seems that you need to give water differently.” Eighteen months ago he noticed that the quality of the end product had greatly improved and therefore the switch to plugs was accelerated. Now they are available to everyone.

Plug with a slit

Quick Plug, together with breeder Anthura has developed a plug (Xcellent Plug-Orchid) and a 60-hole pricking out tray. The company makes a stabilised plug in a single piece, made of coir and peat, with a slit running down its length. Erik de Ruiter says that due to circumstances the development of a good plug had taken longer than they wanted.
“We feel that a plant should undergo the minimum amount of handling possible. When you transfer plants from one tray to another it always has consequences on growth,” he says. Therefore the entire cultivation system is designed so that from the tissue culture stage the plants are only transferred twice: From tube to plug and from plug to the end pot.
De Ruiter sees that the switch to plugs is moving very fast. He reckons that cultivation is accelerated by five to six weeks in total, part of which occurs at the breeder and part at the grower. This is thanks to more uniformity in this stabilised growing media. The company makes the plugs on demand because all customers have their own requirement in terms of fertilisation and pH.

At the production site in Hoek van Holland, Jiffy makes plugs which not only contain fibres and cocopeat but also peat. Anno Hermes believes this is still an indispensible raw material that ensures stability of the plug and retains moisture, even if it is present in just a small amount.
“We’ve been searching for the right composition of plugs for a long time,” he explains. The company ran 27 trials at growers to discover the best way to grow with plugs. “We now have the feeling that we have a good plug.” Hermes explains that the new VECOF2 Orchid plug is quite a loose plug with good cultivation characteristics. The top becomes dry quite quickly while the rest remains moist. This is an advantage because then the medium is less attractive for algae and liverwort.
Over the last two years the company, together with Modiform, has focused on designing a good 60-hole tray. The tray is already in production. Each grower has his own wishes with regards to drainage. To meet these needs the company can customise standard trays by adjusting the number of drainage holes. Therefore production only starts up at the moment an order is placed. Since the company has not partnered with a breeder it is aiming at a broad market. “We are focusing on self propagators. We notice that large growers are investigating if they can do the propagating themselves.”

An advantage of the plugs that are on the market is that they don’t contain any bark which makes them less attractive to Lyprauta larvae. For many orchid nurseries the Lyprauta larvae is a difficult parasite to control; it nibbles on the roots causing damage. The top layer of the plug is less interesting because the adult Lyprauta can’t crawl into the cavities in the bark to lay it eggs. In severely infected nurseries it means that at least the propagation phase remains virtually problem-free.

Opti-Flor obtains its plant material from several breeders so Van der Knaap receives different kinds of plugs. “Working with multiple plant suppliers is important in order to spread the risks,” he believes. He finds the switch from containers to plugs is moving very fast.
“Whether you are a breeder or grower, we all have an interest in good and uniform starting material. As growers, we no longer want to have to sort the plants which was necessary in the past,” he explains. According to him it’s possible to grow well using each type of plug. In all cases the transitional phase from plug to pot is different than when going from container to pot. Each plant has its own water bottle. That’s why the transition goes so smoothly.”

The phalaenopsis grower notes that cultivation is faster by two weeks because the plants get a good start and they are more uniform. If you compare the smallest with the largest plants in a container then cultivation time can vary by up to ten weeks. “Now only about ten per cent are small,” he says.
Also, it is easier to pot up plugs than pot up the plant material from the containers. The employees at Opti-Flor like working with plugs. Roots in the container can be difficult to untangle although the same roots can also grow very firmly in the trays. Care is still needed to avoid damaging the roots.
With the arrival of plugs phalaenopsis growers will be interested in automatic potting. Although this development will come, at the moment only a few growers are considering it. Maybe it’s a little too early to make that step. Van der Knaap smiles. “Perhaps. We’ll see.”

With the arrival of plugs for the cultivation of orchids, production is taking a leap forward. Not only does the uniformity of the plant material improve, the transition from plug to pot is better too. Although a lot of manual work is involved in the propagation, singling out and potting up of plants, the priority is still on the search to improve quality. Automation of these processes is the next step. 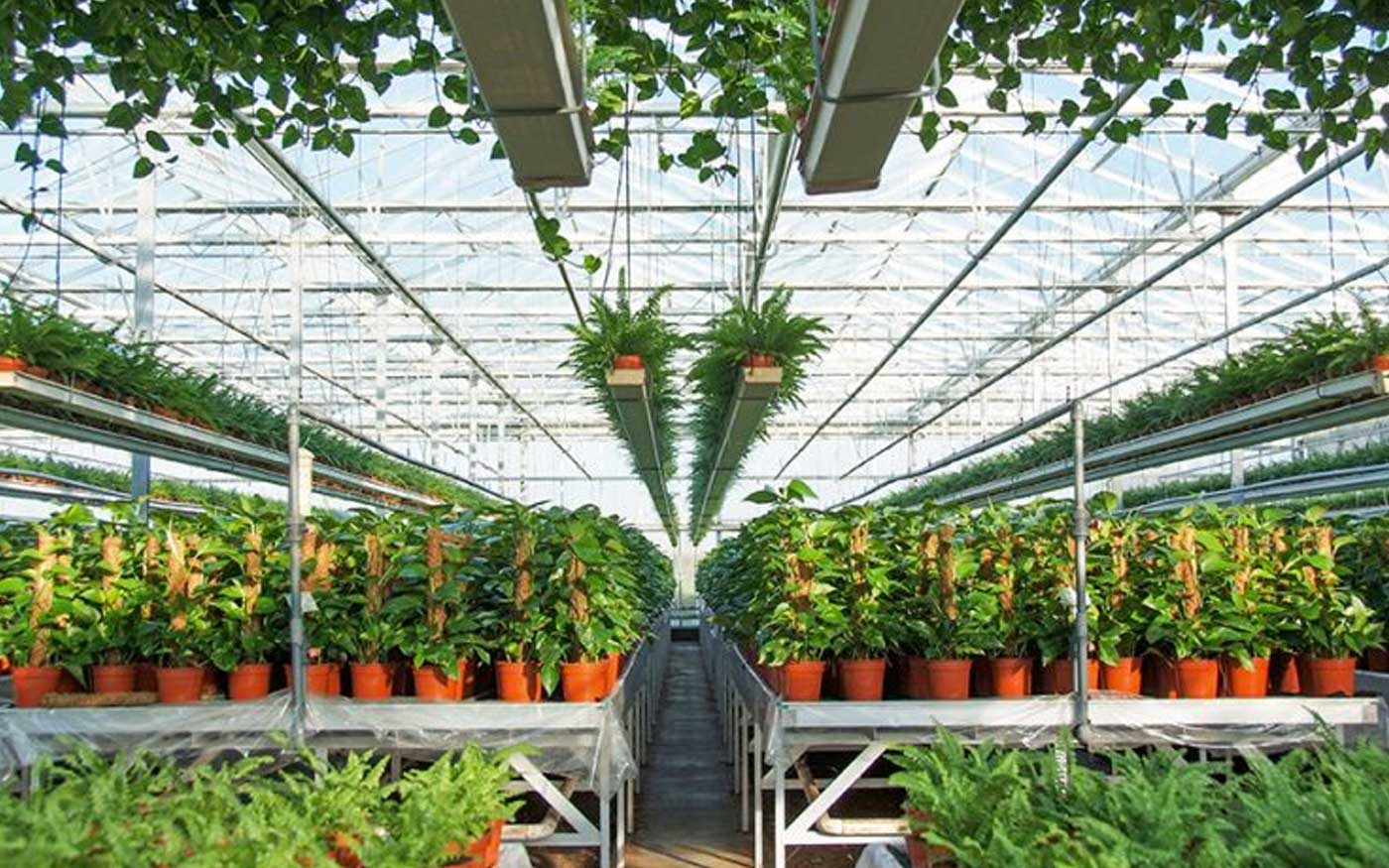 A stable pH in the pot requires knowledge and craftsmanship 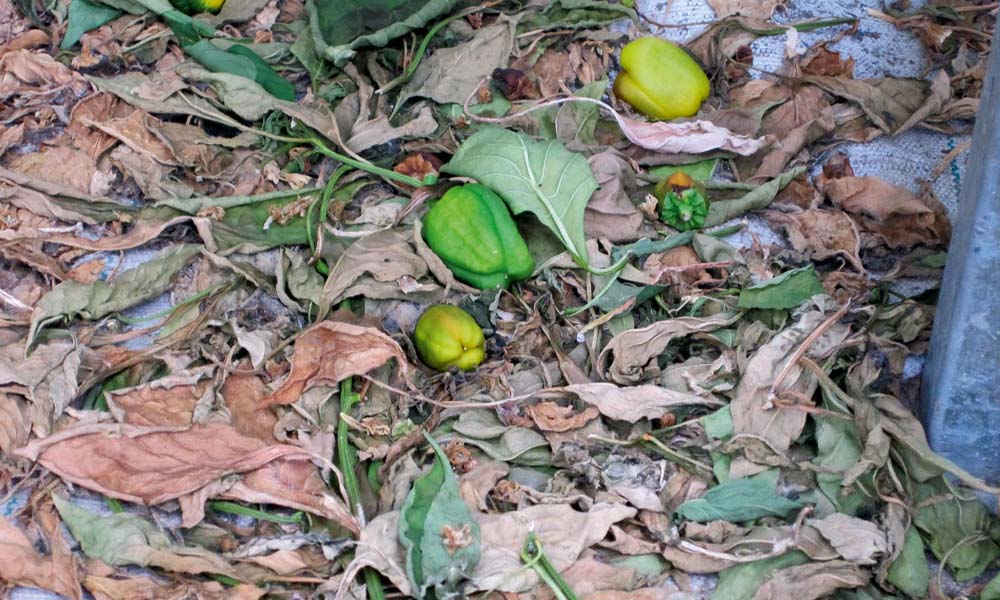