“Quality is our guideline and we are continuously striving for better” 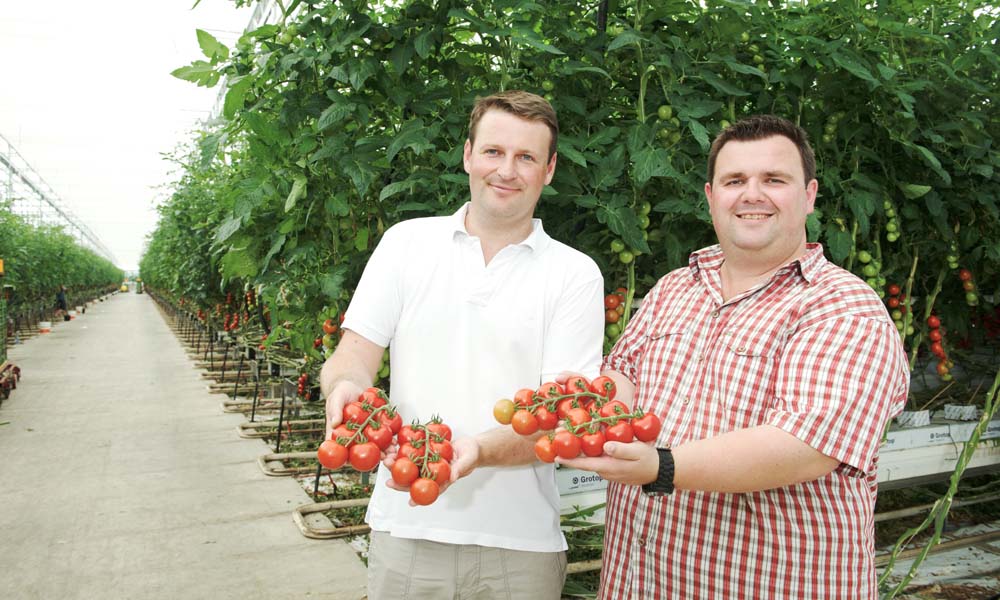 More than ten years ago the Austrian horticultural families Kainz and Mayer decided to join forces and set up a new business. Their aim was to professionalise, improve efficiency and prepare their companies for the future. And they did just that: today Kainz & Mayer Marchfeldtomaten is among the leading Austrian tomato producers. The entrepreneurs are still not satisfied, however: they are bursting with ideas and continuously striving for better things.

The company is located in the Marchfeld, the main Austrian lowland, in the north east of the country. The business is twenty kilometres away from both Vienna and the Slovak capital Bratislava. “This was an important reason for choosing this location,” explains 32-year old Peter Kainz, one of the business’s entrepreneurs. “A whopping three million people live within a fifty-kilometre radius of our business. This is a great advantage, as all our products are sold in the region.”

The Kainz and Mayer families originate from Vienna, where they ran family horticultural businesses for four generations. “Together, the two companies boasted 2 hectares in total, which was fairly small scale. We used to grow many types of vegetables there, in greenhouses, plastic tunnels and outdoors. Our professionality and efficiency were far from ideal due to the small scale of our companies,” Kainz explains.
Because both families understood that professionalisation and specialisation were a must for survival in the long term, they decided to join forces. “This was reinforced by the fact that vegetable prices had been showing a downward trend since 1995, when Austria joined the EU and it became easier to import products from other EU countries. By moving forward together, we hoped to upscale and benefit from the advantages of synergy, as we would only need to invest once in machines, warehouses, and so on.”
The families were no strangers to each other: Johann Kainz Senior is the brother of Waltraud Mayer. “We had been working together for many years, so we knew where we stood with each other.”

No rushing into things

Because both locations in Vienna lacked expansion opportunities, the families started looking for a new site to achieve their ambitions. They certainly didn’t rush into it. “We hired Marc Vergelt and Geert-Willem van de Schoot from a Dutch consulting firm to guide us through the process of finding a new location, building a new business and setting up a new organisation,” says Peter Kainz. “In addition, my cousin Waltraud Mayer and I joined a tomato nursery in Moerkapelle in the Netherlands for a year in order to gain experience in the daily running of a modern greenhouse business. We had decided fairly early on that we wanted to start growing tomatoes: they are not an easy vegetable to grow, which is why they are not for everyone. Because there are a lot of people in our business, it was easy to collect the necessary know-how.”
In 2007, the families eventually bought a 20 ha parcel together, where 6 ha of greenhouses were set up initially. They added 3 ha in 2011 and another 4 ha of greenhouses in 2016, bringing the total acreage to 13 ha. “We chose a standard six-metre high Venlo greenhouse with four-metre covers and hired the greenhouse construction company Gakon to build it. Because everything was so new to us anyway, we didn’t want to take any risks in this respect.”

A total of eight partners are involved in the business: Johann and Anna Kainz and their sons Peter and Johann, and Waltraud Mayer with her daughter Waltraud and son Thomas. “The management team consists of Thomas Mayer, Waltraud Kasses-Mayer, my brother Johann Kainz and myself”, says Peter Kainz. “In practice, the business is mainly run by Thomas and yours truly. Thomas is responsible for cultivation, and I handle sales, personnel and all organisational matters. Furthermore, my brother Johann is responsible for the financial administration and my cousin Waltraud carries out a variety of administrative tasks. Our parents also still help out, but less intensively.”
The business grows medium vine tomatoes (Cappricia and Bonaparte varieties) and various types of cocktail and cherry tomatoes. Harvesting takes place from March until early December. “When it comes to growing methods and technical equipment, our business can be compared with modern Dutch companies,” Peter Kainz says. “We grow on stone wool, for instance, work with gutters, and recycle all our water. We often work with organic pest controls and try to minimise the use of pesticides as much as possible.”

The tomatoes are distributed to supermarkets in a radius of up to 300 kilometres around the business, via the Austrian growers’ association Gemüse Erzeuger Organisation Ost Österreich. “We deliver to REWE, Spar and Hofer, for instance. In recent years demand has been on the rise because Austrians, and also Slovaks, are increasingly opting for products from their own region. They are also prepared to pay more for them. This is why we have had some very good years recently, from an economic perspective. We have also invested a lot in business process optimisation, for instance with regard to energy management.”
The growers have the greenhouse cleaned by the spraying company Marcel Veenman every year so that they can make optimum use of the available light and save energy. Kainz again: “Also, we replace the screen fabric regularly and we use anti-condensation foil when we plant in December. There are lots of sustainable energy facilities such as wind turbines nearby. We help compensate for fluctuations in the electricity supply in the balancing markets.”
Another important success factor is that the business is mainly focused on varieties with great flavour. “We are continuously testing new varieties for our business, which we review on taste as well as shelf life and production. Through social media we also try to maintain a feel for what consumers want, and to respond adequately.”

Although the entrepreneurs are satisfied with how the business is running, they are continuously on the lookout for new possibilities. “Stagnation is decline, after all,” Kainz emphasises. “The biggest challenge for the future is to be as flexible as possible in terms of delivery, varieties, packaging, and so on. Because our customers are increasingly demanding flexibility, we started packing our tomatoes ourselves last year; previously, this was done by the growers’ organisation. But because we now own a sorting and packing line ourselves, we can respond better and more quickly to our customers’ wishes.” The Dutch firm Taks Tuinbouwtechniek supplied the sorting and packing line for vine and cocktail tomatoes. The machines for weighing and packing the small packs come from Topcontrol and Ulma Packaging.
To offer more flexibility, both families are also looking at investing in assimilation lighting, as this would enable them to deliver year-round. “We have noticed significant demand for local tomatoes during the winter months as well.”

In addition the partners want to focus on further quality improvement in the coming years. Among other things, this requires a significant investment in training employees. “We have 70 permanent employees, and up to 140 in the summer. We regularly organise meetings on specific subjects for our employees: pests and diseases, techniques, and so on. By lifting their knowledge to a higher level, we want to further improve our quality. Quality is our guiding principle in everything we do. And in this respect, we always aim to set the bar a little higher.”
This doesn’t conclude the list of future plans, however. Indeed, last year the business bought another fifteen acres of land earmarked for a further extension – and not necessarily in tomatoes. “We are also exploring market possibilities for other crops, including lettuce and berries, and even fish farming is an option. One advantage of working like this is risk spreading. In short, there is still quite a lot in the pipeline.”

In 2004 two families, who each ran a small-scale business in Vienna, decided to set up a new, more professional horticultural business together. They founded Kainz & Mayer Marchfeldtomaten, a 13 ha nursery that grows vine, cocktail and cherry tomatoes. They supply local supermarkets. The entrepreneurs are entirely focused on quality and are also continuing to develop their business. Further growth is on the cards for the coming years and, in addition, the Austrians are exploring cultivating a second product. 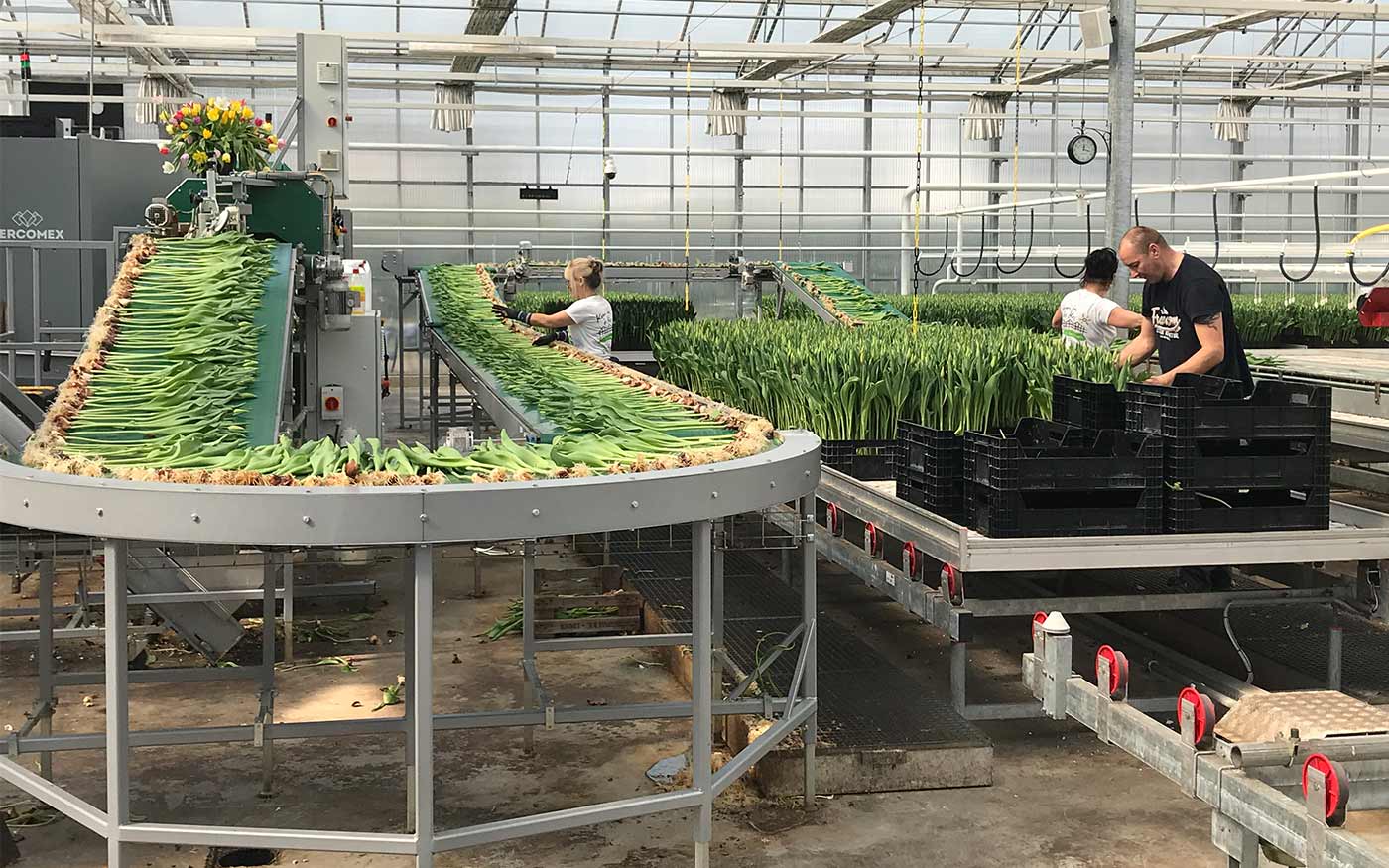 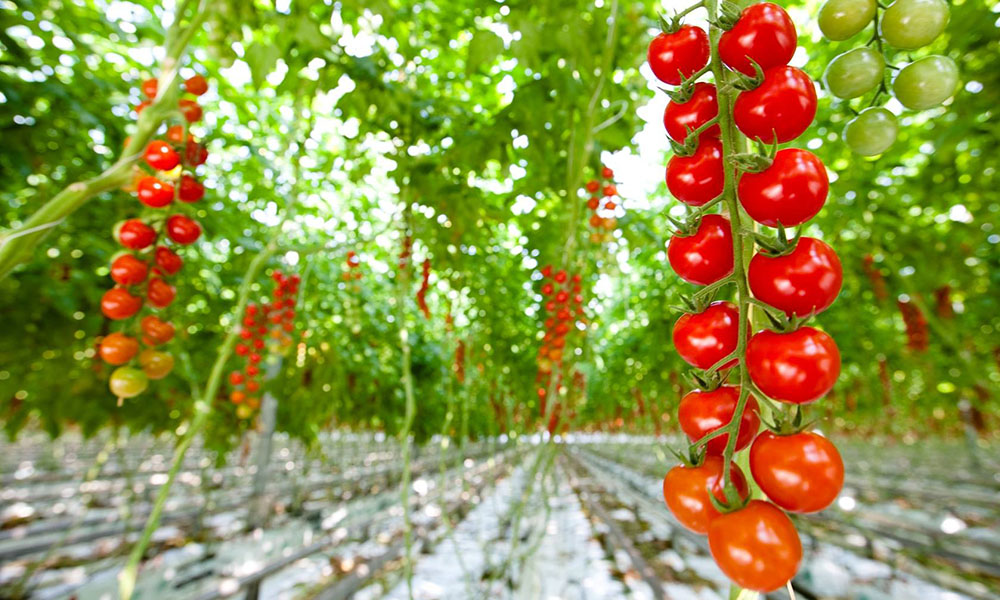 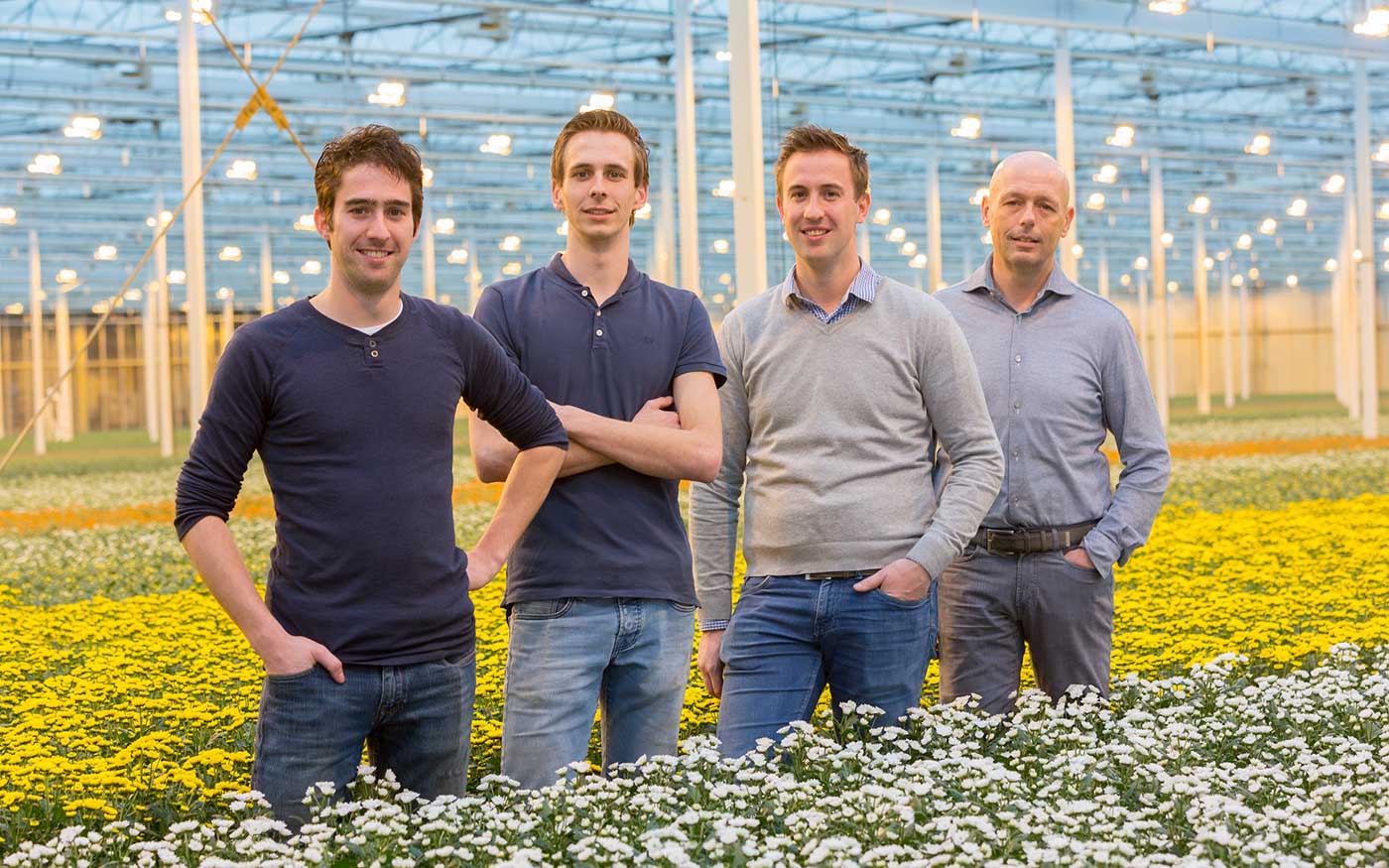