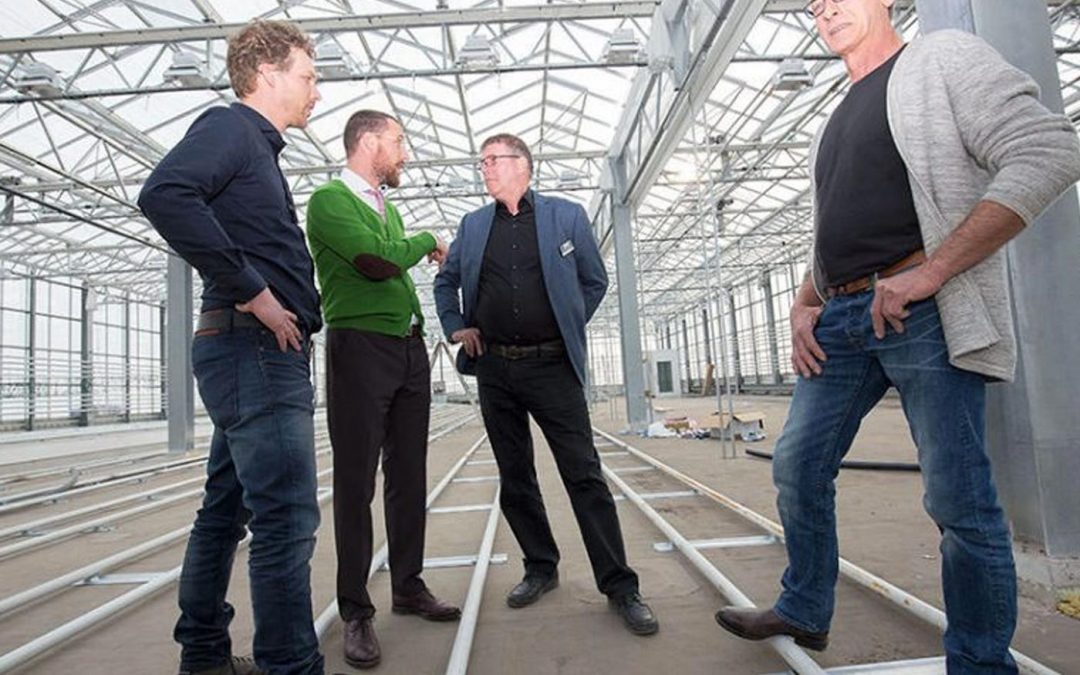 The biggest commercial urban farm in Europe will open its doors to the public on 20 May. UF002 De Schilde, the official name of the urban farm, was developed for the sustainable production of fish and vegetables in The Hague and surroundings. Urban Farmers promises to deliver high-quality food with a high nutrient content, bursting with taste.

Starting in May, the urban farm will not only be delivering its first products to local restaurants, such as Het Gouden Kalf and Mochi, but also to visitors, albeit on a smaller scale. All products will be available for consumers in Fresh Weekly Baskets, which can be picked up at special pick-up points in The Hague from August onwards. Consumers are invited to place pre-orders for this service via the website. ‘Not only will you get sustainable urban-grown fish, but also local, freshly-picked produce on your plate,’ says Urban Farmers’ Paul Driest. Prices will be comparable to – or just a little higher than – those conventionally charged for organic products. The initiators of the project expect to produce 50,000 kilos of tomatoes, lettuce and microgreens, as well as 20,000 kilos of Tilapia fish, every year.

The 1,300 m² greenhouse was built by Van der Valk.Kleijn BV. This wasn’t the firm’s first project to be built at a great height: Van der Valk.Kleijn BV already has two similar projects to its name, explains project leader Willem Kleijn. The first was a 3,500 m2 rooftop greenhouse for Vida Verde in Honselersdijk in 2008; the second the 250 m2 Urban Farmers rooftop farm in Basel in 2013.

Exceptionally strict safety requirements applied to both the construction and the frame itself. The glass panes of the façade are anchored with screws, for which a special profile was developed. The 2 x 3 mm glass panes covering the façade are made out of two layers: a layer of tempered glass on the interior with a thickness of 16 mm for extra strength, and a 4 mm-thick layer on the exterior. Taking into account a section size of 7.5 x 7.5 metres, a Venlo cover was built with three ridges and a roof sloping at 22 degrees. The gutters were reinforced with heavy-duty aluminium U profiles to withstand gusts of wind at a height of 34 metres.

The space&matter architecture firm ensured that the façades were finished with white slats and that the greenhouse was visually separated from the office building at its base be means of a wing. After all, aesthetics are important, too!

The greenhouse will feature an Agrolux HPS lighting system and a screening system supplied by Steetec installaties BV. A roll-down façade will separate the tomato from the leaf vegetable section. The natural gas-fuelled heating systems for both the fish farm and the greenhouse were installed by Verkade Klimaat BV. The harvested products are transported using a greenhouse lift.

The residual water from the fish farm will be discharged to the greenhouse, where the fertilising agents derived from this water will be used to feed the plants. Bacteria are also grown to support this process: they transform the ammonia produced by the fish into useful substances. Even the CO2 emitted by the fish is used as fertiliser for the vegetable plants. A Priva computer, normally applied in building automation, will control all the various systems, explains Ruud Hulleman of Priva. The return water from the greenhouse will have to be made suitable for reuse in the fish farm to create a closed circuit identical to the system used by Urban Farmers in Basel. The fish farm was designed and built by Fleuren & Nooijen.

According to Urban Farmers, the greenhouse will need 90% less water thanks to the aquaponic system. The products are all grown without any chemical crop protection agents or antibiotics. The fish are well taken care of, given high-quality feed and processed in an animal-friendly manner.

Part of the greenhouse has been reserved as a visitor centre. The spectacular view of The Hague from the top floor is a bonus. The complex on the sixth floor will house a visitor and conference centre with a mobile kitchen and a glass wall, through which the fish farm on the other side can be observed. Transparency and experience are the key values of this building. This is, however, not the project’s main focus area, explains General Director Marc Dumo: ‘We want people to know where there food comes from. That is the basic principle behind the Urban Farmers Project. However, we mustn’t forget that this is a commercial project. Our investors expect a return on their investment.’ 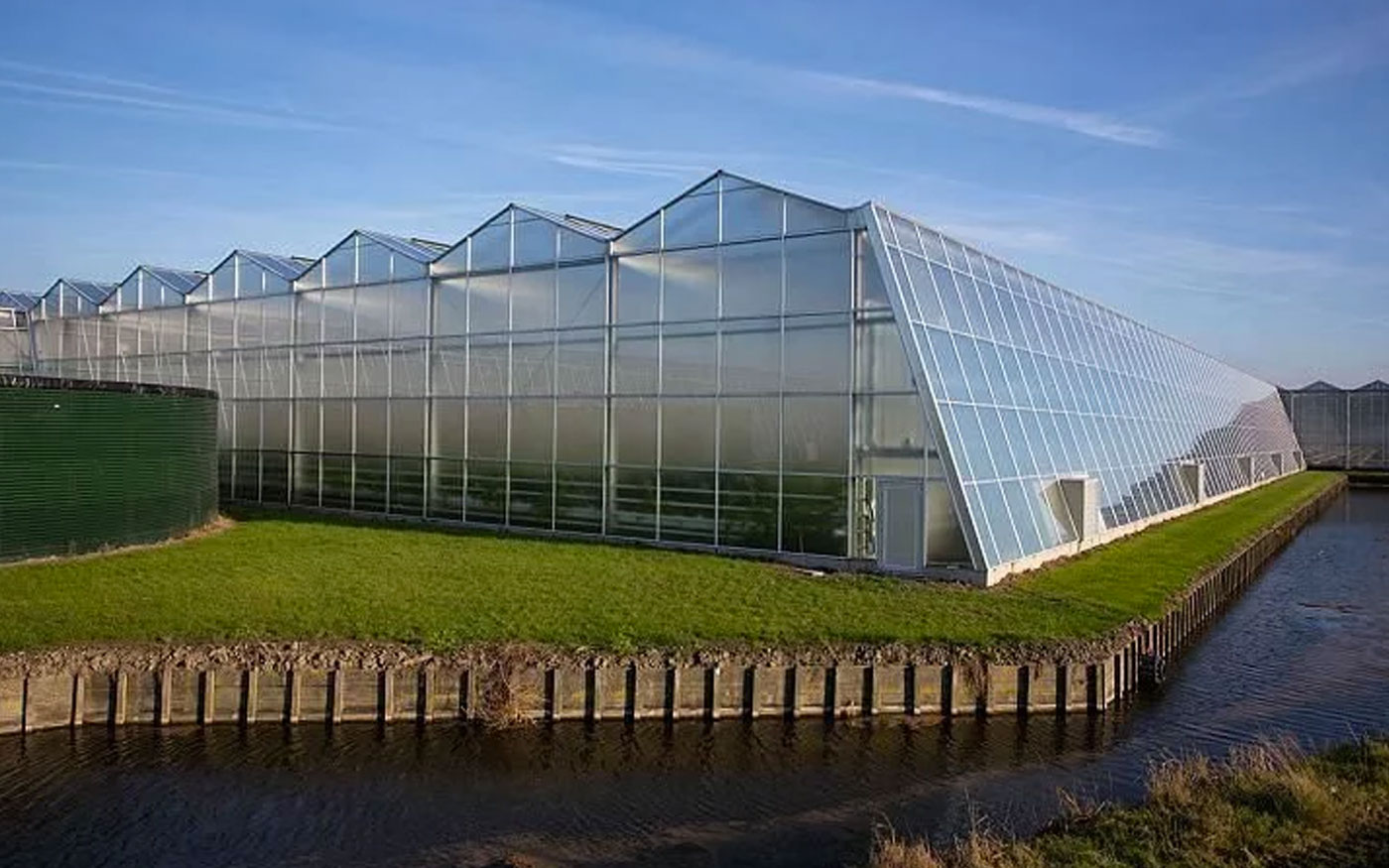 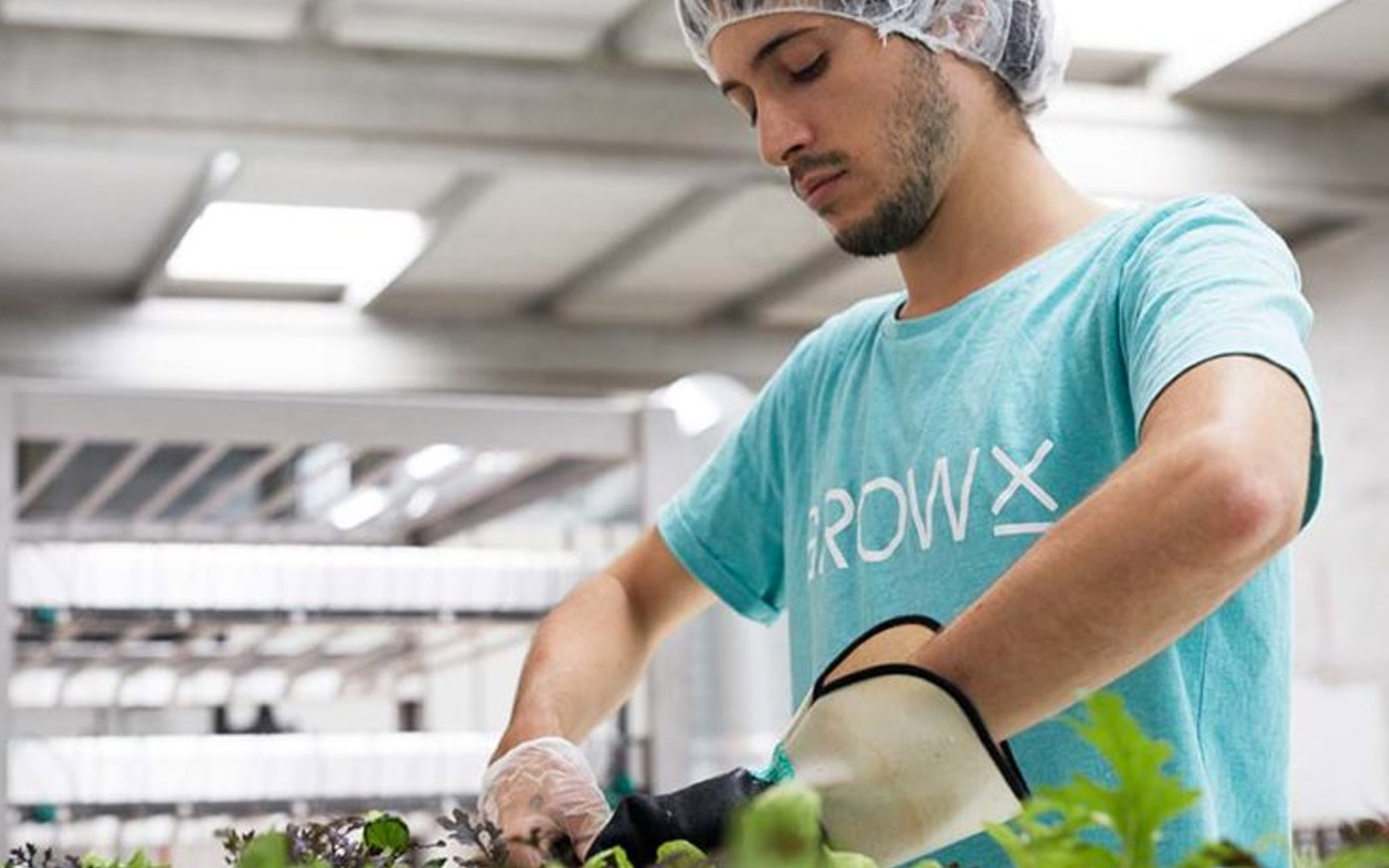 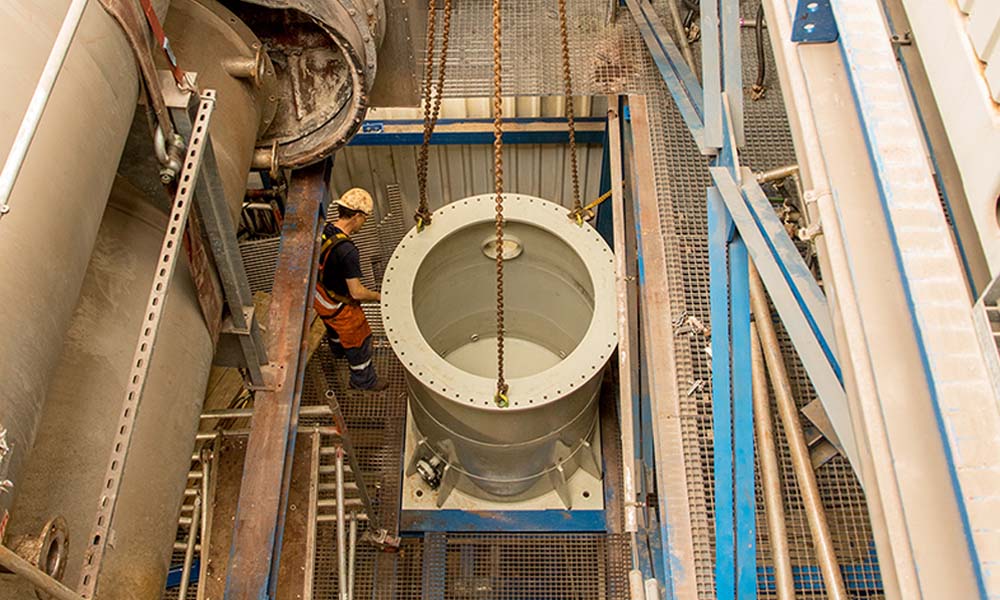