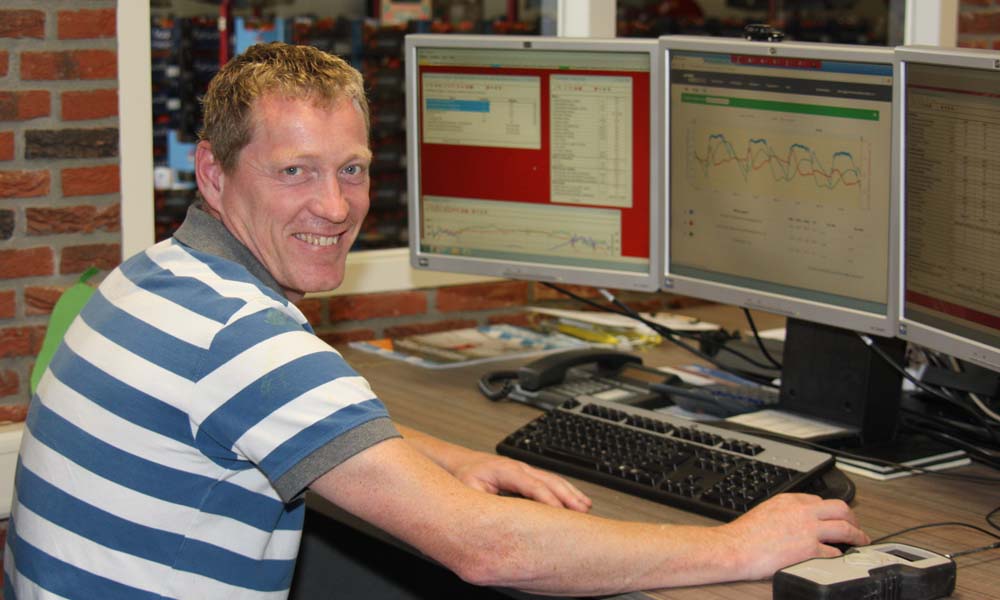 “Passion for perfection” – that’s Dutch tomato growers Schenkeveld’s slogan, and not without good reason. Production and quality are already at a very high level. But they can and should be even better, believes crop manager Berry Baruch, who is responsible for the crops at all three of the company’s sites. More focus on the root zone and constant monitoring of conditions in the slab throughout the day and the season make for optimum accessibility and uptake of water and nutrients. This strategy has delivered him a 5% increase in production.

Family-run Schenkeveld Tomaten has been growing tomatoes for almost 80 years. Richard Schenkeveld is the current owner of the company, which has three sites growing cluster tomatoes totalling 30 ha within a radius of three kilometres of each other. The tomatoes at the Schipluiden site and on two-thirds of the Den Hoorn site are lit, enabling Schenkeveld to supply tomatoes all year round. The nursery is a member of the Prominent growers association and sales take place via the Door Partners cooperative, which means that the quality bar is set high.

Baruch takes every opportunity to not only steer the plant above ground via the climate but also below ground via the root environment. As well as relying on the automatic pilot in the climate computer, he likes to keep his own finger on the pulse to ensure that the water content and EC in the slab are kept as constant as possible. “Recently we had a spell of cold weather with a north-easterly wind. When that happens, you have to restrict your ventilation. In those conditions the plant takes up less water despite the amount of light available. You can’t automatically adjust your irrigation to that,” he says.
Baruch has two tools which he uses to manage his irrigation: an Aquabalance weighing scale and, since the current growing season at the Schipluiden site, the wireless GroSens sensor system from substrate suppliers Grodan.

The advantage of the sensor system is that it consists of several wireless sensors which accurately measure the water content, EC and temperature in the slab. A basic set consists of a receiver and three sensors which can be positioned anywhere in the greenhouse. The crop manager: “There are always differences in the greenhouse. I aim for the representative average of the measurements from the three sensors in the control section. Because it is a wireless system, you can easily move them to another slab if a sensor looks like it is deviating from the average, for instance if one of a plant’s four stems is lost. On top of that, we recently added a fourth sensor in the irrigation section at the back of the greenhouse. We use that to check that the measurements in the irrigation section at the back match those in the control section.”

The question is why the crop manager needs both tools – wireless sensors as well as a weighing scale – to monitor his growing conditions. “To get the most out of the crop, I measure as much as possible. We start irrigating based on the amount of radiation after sunrise at the time when the crop actively starts to transpire. The EC peaks in the morning and drops away rapidly in the substrate after the first point of drain is reached. By taking more measurements with the wireless sensors I have a better picture of what is happening with the concentration of the nutrient solution and I’m not worried now if it rises by, say, 0.3 mS/cm2 in warm weather.”

Gert-Jan Goes, substrate and irrigation advisor at Grodan, adds that with this system, growers will notice if something is wrong one or two days earlier than if they only tracked the amount of drain water and EC. “If a plant isn’t happy, the concentration in the slab increases. As soon as you see that, you can adapt your strategy. By optimising your strategy you can push the boundaries a little further and increase the drip value on more days of the year.”
Baruch drip irrigates with an EC of 3.5 at the beginning of the crop and 3.1 later on. He sees clear advantages in this higher value. “The better the plant grows, the more nutrition it needs. We aim for a highly generative plant with high production, better quality and more flavour.” Goes adds: “By staying on top of things better you avoid EC peaks in the slab. You have to flush out any excess and that uses up more water. And there is less oxygen in the slab. The roots don’t develop as well and that costs you in terms of production and plant health.”
In the last growing season, Baruch’s use of the wireless measuring system enabled him to increase production by 5%. “The plants were potted up on 8 October 2015. We wanted to get the most out of them right up to week 20 2016. We got the extra production in the period in which both the costs (of lighting) and the yields were highest.”

One plant per slab

This increased production is not only the result of extra measurements but is also due to the fact that Baruch is using the Elite system at his Schipluiden site: one plant per 50x10x15 cm slab. “That means plants are not competing with each other in the root zone and makes the plants and stems more uniform. We aim for maximum uniformity in the root zone as well as an even number of stems per unit and an equal distance between the dripper and the drain hole for every plant.”
Goes adds: “Because the wool in these slabs is more capillary at the top, it retains water better there. The water is taken up more easily at the bottom so it is drier there. The balance between water and oxygen in the slab is better and this results in higher, more efficient uptake of water and nutrients. At the end of the day, you can continue to drip irrigate for longer without affecting root quality and generativity. This makes for more vigorous plants and heavier fruit.”

The crop manager follows a set daily routine: re-saturate, flush, balance, reduce in the afternoon. Optimising the EC in the slab is an important task. He starts his day by re-saturating the slab. Once the point of drain is reached, the flushing stage starts.
The question is how far the EC drops in this phase. If he hasn’t got this under control before noon, something is wrong: the point of drain may have been reached too late, for example, or there may have been insufficient drain in this particular period. He tracks this by means of the wireless sensors. In the afternoon there is a balance between irrigation, uptake and drain, with a stable EC in the slab. He continues irrigating for longer at the end of the day. He also sees this reflected in his measurements. The water content drops more rapidly after the last irrigation; the plant takes up water over a longer period and is active for longer.

An important requirement for all of this is good irrigation water. Schenkeveld Tomaten uses a combination of rainwater and reverse osmosis water, stored in silos and basins covered with floating tarpaulins. The combination of good irrigation water and skilful irrigating produces less drain: 30-35% in the lit period, 35% on sunny days and 25% on dark days. That’s 3-4% less than in the previous year, meaning less drain water to disinfect and less accumulation of minerals or rising sodium figures.
Baruch has to irrigate less to maintain a stable EC in this greenhouse than in the other one. As far as the total amount of irrigation is concerned, there is not much difference. “I continue watering for longer here. The sessions in the afternoon produce less drain but they translate into higher production and better growth. The stable irrigation gives the plants good, healthy roots which contributes to healthy plants and fewer problems with diseases.”
The plants at all three sites are nice and robust. In terms of production, the nurseries are up there at the top. By optimising their irrigation strategy using the wireless sensors and the one-plant-per-slab concept on special slabs, they have been able to go even further.

At one of its three sites, Schenkeveld Tomaten not only has a weighing gutter but also wireless sensors that measure the EC, water content and temperature in the slab. Crop manager Berry Baruch uses these extra tools to keep the root environment even more stable. This translates into a 5% increase in yield in the lit crop at a time when prices are good. 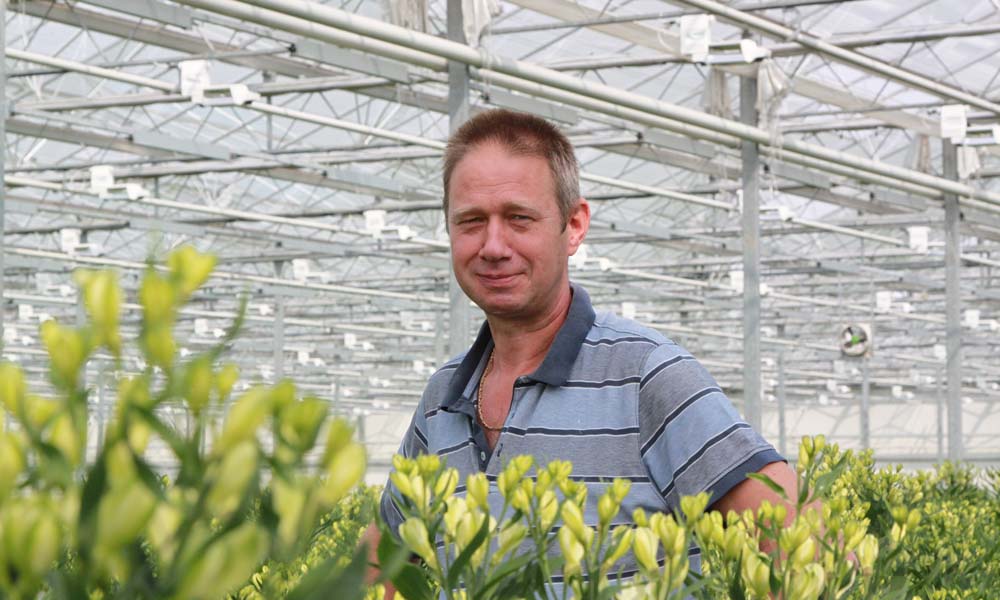 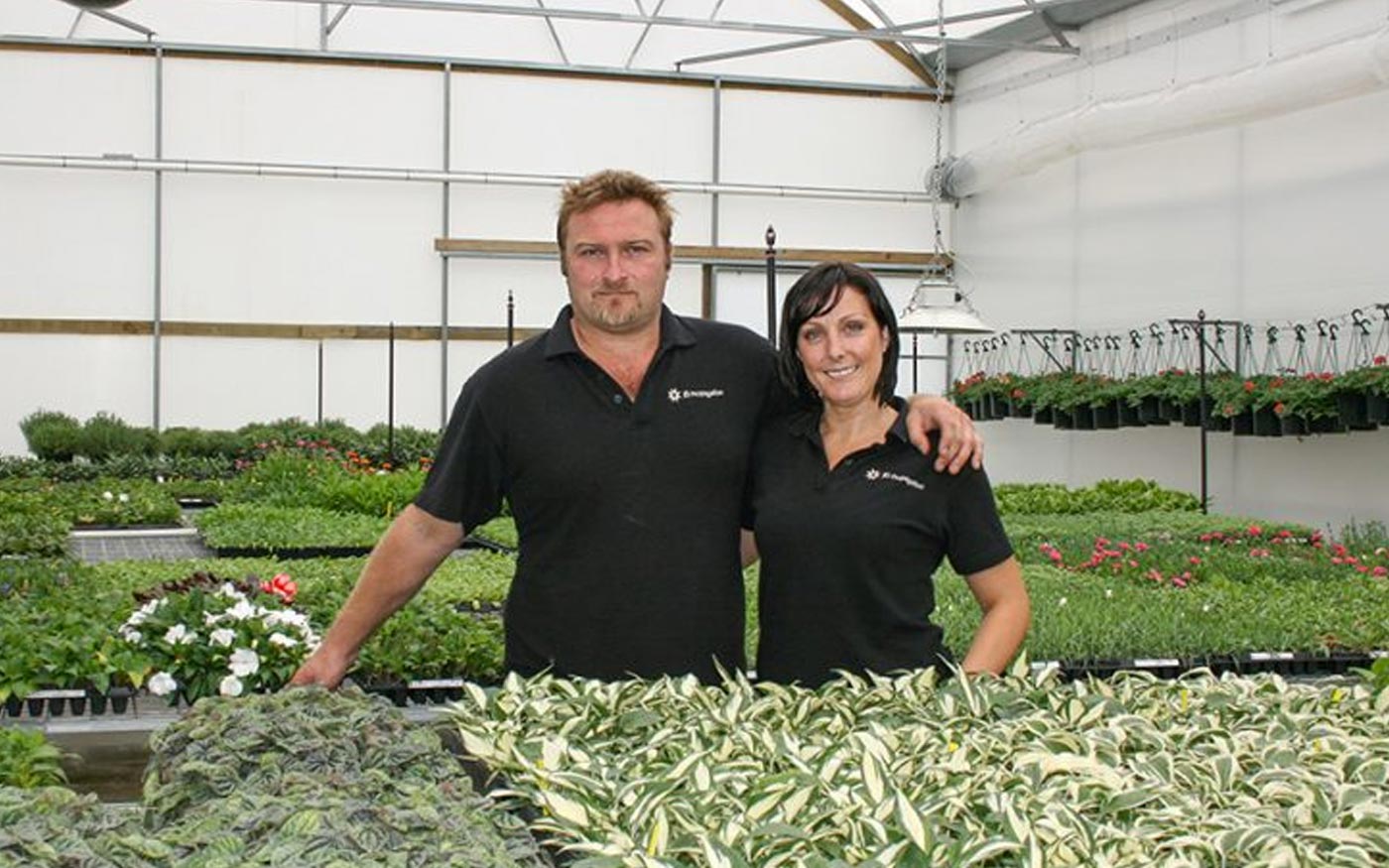 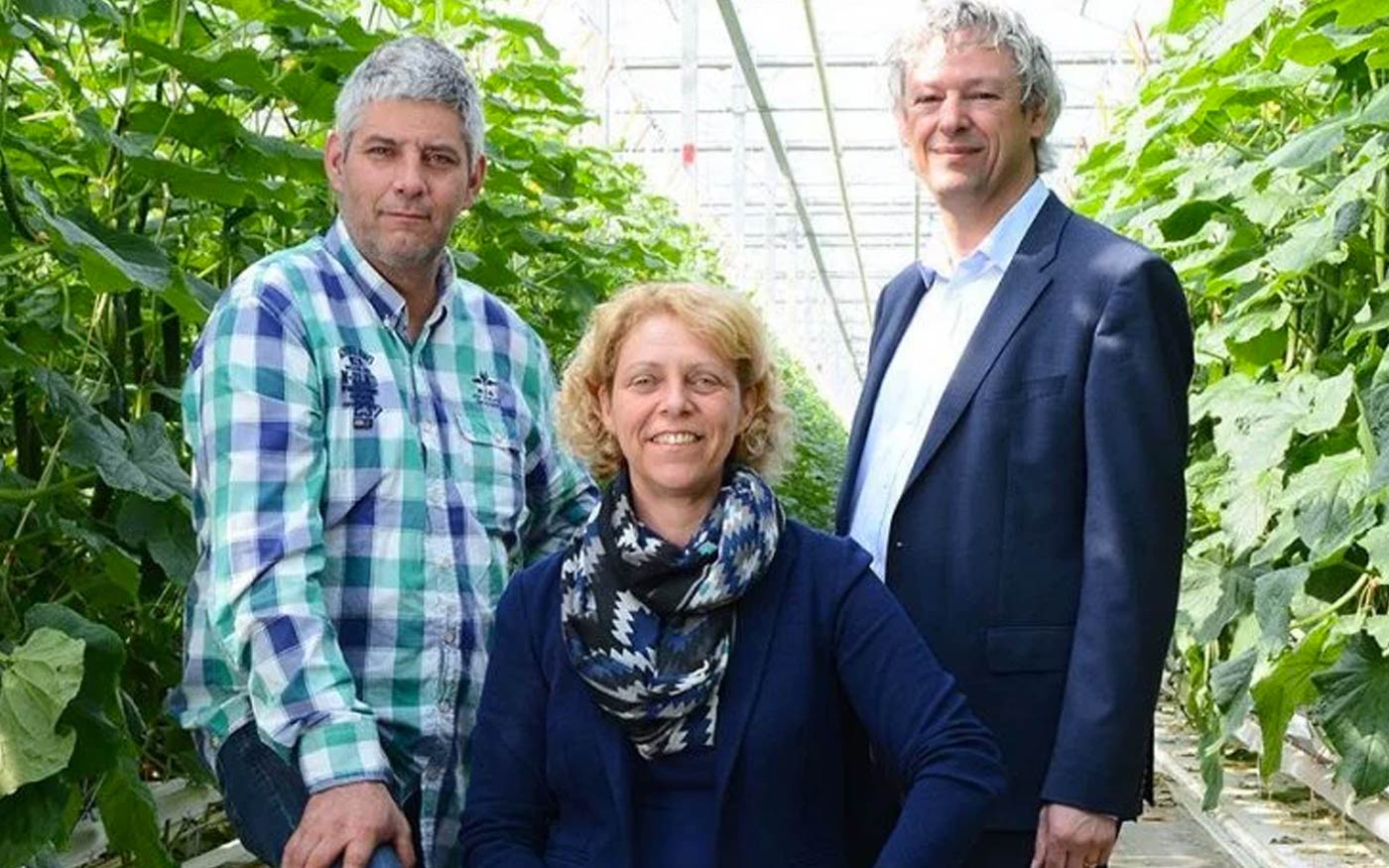